GM's 2014 Silverado performs well, but supply constraints may be holding it back. Photo Credit: GM.

Since General Motors' (NYSE:GM) bankruptcy, the company has been on a mission to refresh, replace, or redesign 90% of its vehicle lineup -- the oldest in the industry -- to become more competitive. With all those designs, you'd think it'd be difficult to name the most important redesign. It isn't.

Hands down, General Motors' full-size pickups are the most important redesign -- perhaps in the company's history. Its 2014 Chevy Silverado and GMC Sierra are supposed to be game-changers for GM; the two trucks were supposed to catapult General Motors back into the conversation with rival Ford's (NYSE:F) F-Series. Unfortunately, it's been off to a slower start than General Motors had hoped. One problem could be holding back a large chunk of the Silverado and Sierra's sales.

What's the deal?
As Ford CEO Alan Mulally mentioned months ago, one of the biggest problems facing the company was its new launches. It's a difficult and complex process to switch between model years' production and juggle the appropriate raw materials and supplier products. General Motors seems to be facing this exact problem, and it appears to be dampening sales of its Silverado.

The first issue that popped up, according to a report by Bloomberg, was that General Motors was having inventory constraints on its most popular engine option, the 5.3-liter V-8. General Motors since refuted that there being a problem and claimed it was able to fulfill 80% of dealer orders. Now a second issue has definitely popped up.

Another constraint, this time axles, has put a speed bump in General Motors' production of its 2014 full-sized pickups. It should be noted that this isn't a quality issue; rather, it's a production capacity issue with a supplier. The axle issue is affecting different models, and that's what's leading to a problem.

The pricier crew cab was the first of the 2014 Silverado pickups to roll out, and many dealers are waiting on more stock of the regular and double-cab models, which have been slowed by the axle supply constraint. General Motors expects the regular and double cabs to account for about 40% of pickup volume, and if dealers can't get the stock needed, it could slow down sales of GM's most profitable and popular vehicle.

To up the stakes even more, this summer was General Motors' window of opportunity to pull market share away from Ford because its next-generation F-150 won't launch until next year. It had a chance to get its loyal buyers in the showrooms and market to those consumers on the fence about buying now or waiting for Ford's F-150. That opportunity is fading as Ford begins to ramp up marketing for its all-new F-150.

For a little proof of the effect supply constraints are having, first remember that September's vehicle sales were down 4%, ending a streak of gains of 27 consecutive months, partially because August pulled holiday sales forward, leaving less demand in September. With that in mind, consider that Ford's F-Series and Dodge Ram were still able to improve 10% and 8%, respectively, in year-over-year sales, while the Silverado fell 11%.

Let's be honest, though. Even without supply constraints, the Silverado and Sierra have their work cut out for them if they want to overtake Ford, which has outsold General Motors' two full-size pickups combined since the recession. Many consumers in the auto industry, and especially the full-size truck segment, are extremely loyal. Guess which automaker ranks at the top of consumer loyalty. That's right: Ford does, bringing back a majority of its consumers, according to a study by R.L. Polk earlier this year. 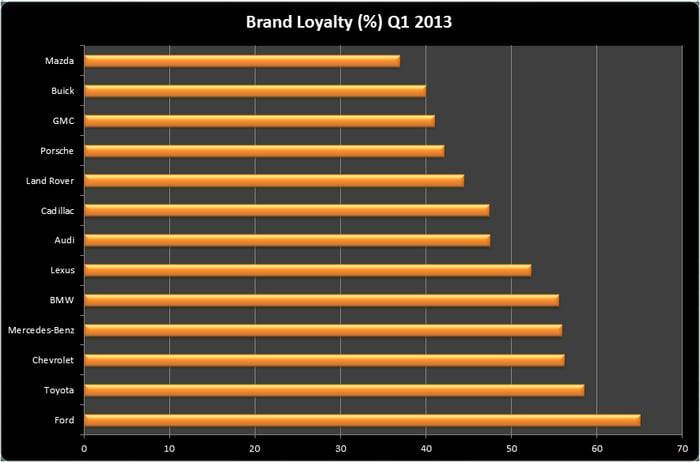 Investing takeaway
Ford recently posted an excellent third quarter, and full-size pickups drove the majority of its profit in North America. Full-size pickups represent the fastest way to gain, or lose, profitability and market share for Detroit automakers. General Motors takes the stage to report its earnings next week, and while this shouldn't have any effect on its third-quarter earnings, if the supply issue isn't fixed, sales of the Silverado and Sierra could decline in the fourth quarter. General Motors hopes to ramp up production after the issue is fixed to have no net loss of full-size pickups, but because it represents significant amounts of profits for General Motors, it will absolutely be something investors need to watch in the fourth quarter.