Thousands are boycotting 'Ender's Game' thanks to the personal beliefs of Orson Scott Card, but they might actually be helping the outspoken author. 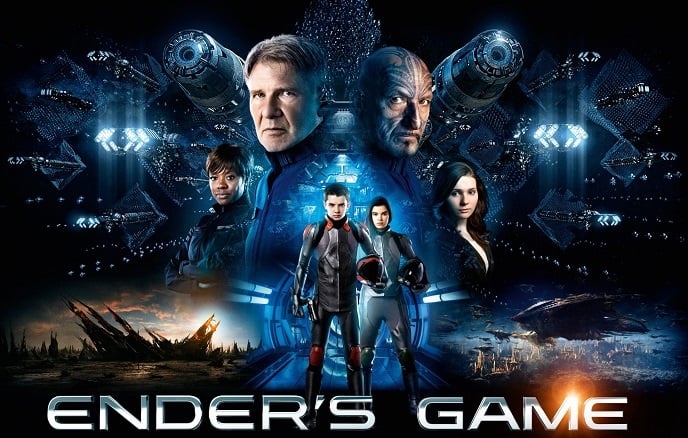 If you're a fan of the massively popular Ender's Game saga, you're probably elated knowing author Orson Scott Card just announced he's working on a new set of sequels to the original 1985 novel.

As it stands, Card has already expanded the Ender's Game storyline to 13 distinct novels. Last Friday, however, he broke the news of his new sequels -- which will be aimed at a young adult audience -- in a video interview at Southern Virginia University, where he works as an English professor.

But for the tens of thousands of people who've chosen to boycott both the book and its newly launched box office adaptation from Lionsgate (LGF-A -3.97%) and Summit Entertainment, the new written works are likely to spark fresh outrage and strengthened resolve.

To be sure, Card's years-long vocal opposition to gay marriage has drawn the ire of many. However, while he received a producer credit for the film, a decade-old movie rights agreement with no backend prevents Card from directly benefiting from its sales. What's more, the team at Lionsgate has made it clear it vehemently disagrees with Card's stance, noting he also had no particular influence on the movie's creative process.

But Card's own recent comments effectively highlight both the reason for and irony surrounding the widely publicized boycotts:

I've had savage, lying, deceptive personal attacks, but no actual criticism because they've never actual addressed any of my actual ideas. That's their privilege, but character assassination seems to be the only political method that is in use today -- and I don't play that game. And you can't defend against it. All you can do is try to offer ideas. For those who want to listen to ideas, great. For those who simply want to punish you for not falling in line with their dogmas, there's really not much you can do about it.

Something tells me that won't appease his critics, but when asked if he was concerned that it would affect his work (and remember this was before his new books were announced), Card responded,

No, it won't affect my work. Will it affect the reception of my work? Of course, but not in ways that they expect. My sales go up with such attacks.

Of course, it's hard to tell whether Card's novel sales have actually increased as a direct result of the boycotts. The simple fact that Lionsgate's big-budget movie exists in the first place would have likely done the trick. However, as I suggested last week, for every person boycotting because of their opposition to Card's beliefs, you can bet there's another who will buy everything he's ever written to support his cause.

In any case, it's clear his sales are increasing. A quick peek at Amazon's current best-sellers pegs the original Ender's Game at its number 14 spot -- not a staggering placement by any means, but respectable for a nearly three decade-old book.

In the end, I certainly wouldn't expect the activist groups arranging the boycotts to simply remain quiet. But for them, a symbolic rejection of Card's "ideas" may need to be enough.

Will Lions Gate Unite ‘The Hunger Games,’ ‘Twilight,’ and ‘Divergent’ With Theme Parks?

‘Insurgent’ Starts Filming: Can the ’Divergent’ Trilogy Catch Up to ‘The Hunger Games’?

For Lions Gate, ‘The Expendables’ Are Shaping Up to Be Indispensable