The roll out of Healthcare.gov obviously hasn't gone the way the government would have hoped. Persistent glitches, misinformation, broken calculators and login issues have plagued the site for over a month.

There are several key takeaways tech companies can learn from the beleaguered website. 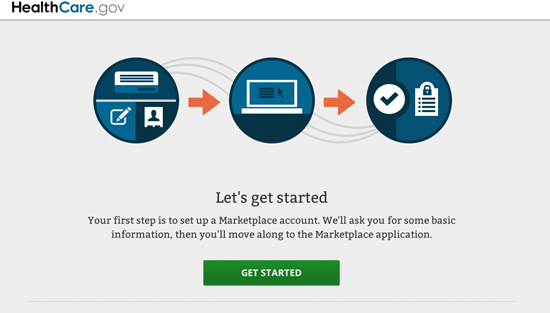 First impressions matter
Healthcare.gov's launch was handled much like a tech product launch -- even President Obama referred to it as a product in a recent speech. But Healthcare.gov has made a terrible first impression to its users, and tech companies should take note.

When Microsoft (NASDAQ:MSFT) launched its Surface tablet line last year, it introduced a version of the device that ran a less-robust version of the Windows operating system, called Windows RT. But the Surface RT tablet confused users and many tablet makers eventually decided to drop the Windows RT operating system because of lack of user interest.

Microsoft eventually had to write off the tablets to the tune of $900 million. Unfortunately, the company hasn't seemed to learn from the RT mistake. Microsoft simply rebranded the successor Surface RT tablet as the Surface 2. While the health care site will eventually be fixed, its first impression has fallen far short of what it should have been. Tech companies should be cautious not to make the same mistake Microsoft and the health care exchange have made.

Big investments don't always equal big payoffs
In a Wall Street Journal article last month, Farhad Manjoo wrote that Apple spent about $150 million developing the iPhone. The most recent examination by The Washington Post puts the actual amount of money already spent on Healthcare.gov at $174 million. That's more than Apple spent developing one of its most successful products of all time, and it's obviously way too high for a website that doesn't work.

But it's not unlike how tech companies spend billions of dollars, only to see the outcome turn into a disastrous spectacle. Back in 2010 Hewlett-Packard (NYSE:HPQ) was looking for a way to jump into the mobile game and thought an acquisition of Palm's webOS platform was the answer. HP paid about $1.2 billion for the platform, but less than two years later the company wrote down an after-tax cost of $3.3 billion for the failed plan. Though a lot of money is needed for tech companies to build successful devices and services, it doesn't mean that spending boatloads will guarantee success.

Product interest doesn't equal actual users
Health and Human Services Secretary Kathleen Sebelius has said that despite the glitches, there's been lots of interest in the health care exchange. She said on CNN a few weeks ago, "What we're seeing in not only the states that are run by the federal website, but states around the country, is that interest is huge. People are eager to have this affordable product, and that product is there."

Technology companies can fall into this same flawed mentality as well, albeit on a different scale. Samsung (NASDAQOTH: SSNLF) recently launched its Galaxy Gear smart watch surrounded by massive amounts of media attention. The consumer market is primed for explosive wearable tech growth, and ABI Research estimates that 485 million wearable tech devices will ship annually by 2018.

But despite Samsung's massive influence in the technology space and its position as a worldwide mobile leader, the Galaxy Gear has failed to deliver on the interest in wearable technology. Online reviews of the device have been mixed and the customer return rate for the device is reportedly at 30%. Samsung launched the device at the right time and has the right experience, but failed to execute on the delivery.

Foolish final thoughts
Though Healthcare.gov's impact is much more important than launching tech products, it's important for investors to examine correlations between the two. Tech companies invest billions of dollars in R&D, capital expenditures, acquisitions, and so on, but can face the same basic pitfalls the health care site fell into. Investors should take note of companies botching product launches, spending too much on the wrong endeavors, and confusing consumer interest for user adoption. Though the government will eventually fix the troubled health care site, companies may not be as capable of bouncing back from their major missteps.