Disney (NYSE:DIS) and Netflix (NASDAQ:NFLX) announced on Thursday a new multiyear agreement to bring several original live-action series based on Marvel's characters exclusively to Netflix beginning in 2015. The announcement will likely generate excitement among comics fans, and investors in both Disney and Netflix have reasons to cheer too. 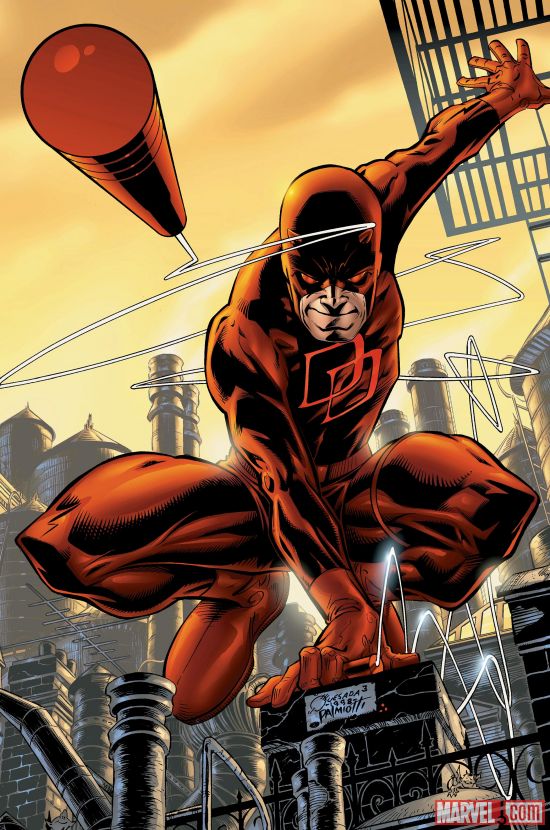 The deal
Marvel will develop at least four original series exclusively for Netflix focused on Marvel heroes Daredevil, Jessica Jones, Iron Fist, and Luke Cage, in that order. Streaming will begin in 2015, and Netflix has committed to a minimum of four 13-episode series culminating with a miniseries featuring all the characters together as "The Defenders."

This move represents Marvel's most ambitious foray into live-action TV, according to Alan Fine, Marvel's president, in the press release: "This deal is unparalleled in its scope and size, and reinforces our commitment to deliver Marvel's brand, content and characters across all platforms of storytelling. Netflix offers an incredible platform for the kind of rich storytelling that is Marvel's specialty."

The Disney side
Financial details about the deal were not disclosed, but Disney CEO Bob Iger said in an interview with Bloomberg TV that the company is getting paid "a price that makes sense for us." Keeping in mind that the price of high-quality content has been on the rise lately due to the bidding war between Netflix and Amazon, it makes sense to assume that Disney will get at least fairly rewarded for the production.

Disney sees itself as a content producer first and foremost, and the company is willing to expand its horizons and produce content for other networks beyond its own. Not everything fits into Disney Channel or ABC.

Disney will own the content after the exclusivity period, and the company has an unparalleled ability to profit from its characters through multiple venues at the same time, including movies, TV shows, theme parks, and merchandising, among others. Creating valuable intellectual properties should be a priority for Disney, because the company's ability to monetize those assets in the long term is beyond question.

Marvel Studios is getting the opportunity to produce content without the typical limitations that come with traditional TV. Netflix doesn't carry the same kind of constraints as traditional TV when it comes to scheduling or advertising; this means that programming does not need to be massively popular to be successful on Netflix.

Daredevil, Jessica Jones, Iron Fist, and Luke Cage are popular characters among comics fans, but they don't have the same kind of traction among the general audience that names like Iron Man or Spider-Man can provide. If Marvel can successfully introduce these relatively lesser-known characters to the masses, then both Marvel and Disney get to profit from their popularity for years to come and on multiple platforms.

According to Netflix Chief Content Officer Ted Sarandos: "Marvel's movies, such as Iron Man and Marvel's The Avengers, are huge favorites on our service around the world." Netflix has built amazingly powerful technologies to analyze viewers' tastes and behavior, so Sarandos knows what he is talking about.

This kind of content, particularly popular among children and adults who are young at heart, is enormously valuable for streaming companies. Viewers can watch these movies and shows over and over again, and they are usually considered "must have" titles by their fans.

Besides, if the new series becomes a success, it would provide validation of the strength of the "Netflix effect," meaning that Netflix can be a valuable platform to increase audience and attract more viewers to shows with a small but loyal fan base. This would provide more leverage for Netflix when negotiating with other content producers in the future.

Even if the cost of the deal turns out to be quite expensive for Netflix, which wouldn't be surprising at all considering recent industry trends, the online streaming company is focused on the long-term growth opportunity, not so much on short-term profit margins.

Netflix understands that streaming has enormous long-term potential and, with more than 40 million members in 40 countries, the company has come a long way in consolidating its leadership position in the industry. These kinds of deals are enormously valuable for Netflix when it comes to securing its long-term growth opportunities.

Bottom line
When a group of superheroes join forces like will happen in The Defenders, viewers usually have a lot of fun. When two high-quality innovative companies like Disney and Netflix get on the same side in a deal that makes sense for both of them, investors should expect good things to happen too.