Bitcoin's meteoric rise is like something that few have seen in their lives, if ever. Just a few years ago, it was a tiny community interested in a new way to send money online.

That tightly woven, tech-savvy community has grown tremendously. Along with it, the digital currency has surged in value.

Today, a Bitcoin costs slightly more than $400. But they weren't always this expensive. In fact, in May 2010, one user traded 10,000 bitcoins for a couple large pizzas. That's the equivalent of $4 million today. Bitcoin has truly grown into something big.

As Bitcoin's popularity grows, it's become easier and easier to buy your own. 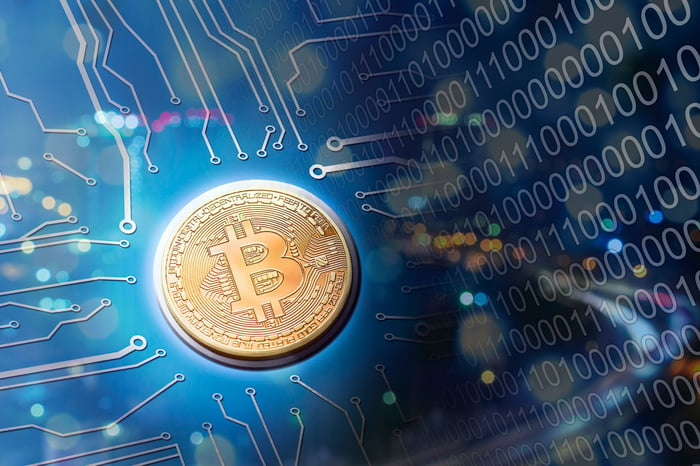 How to buy a bitcoin
A venture-backed start-up has made it easier than ever for Americans to buy bitcoins. San Franscisco-based Coinbase enables your average Joe or Jane to purchase as many as 10 bitcoins per day, with funds drawn straight from their bank account. It shows the most promise among all the bitcoin exchanges, having received funding from the same early investors as Twitter.

Just days ago, Coinbase enabled a new feature -- automatic weekly purchases of a specified number of the digital coins for verified members.

Owning your first Bitcoin is just a few clicks away.

After signing up, members who verify their phone number and bank account can buy up to 10 Bitcoins per day. After verifying their identity, and waiting 30 days (to comply with regulatory requirements), members can purchase as many as 50 Bitcoins per day. The company charges a small 1% fee for the service.

How Coinbase and Bitcoin are changing the Internet
Coinbase isn't necessarily designed for consumers. Its core business is in payment processing. The company provides businesses a way to accept bitcoins for online purchases and automatically have the funds wired to their accounts in usable U.S. dollars.

Coinbase competes with the likes of Visa, MasterCard, and eBay's PayPal. Whereas merchant fees typically cost 2.7% of the transaction amount plus $0.30 on each credit card transaction, Coinbase charges just 1% to turn Bitcoins into U.S. dollars.

So far, the service has attracted high-profile customers such as news aggregator Reddit and dating site OkCupid. Small-sized transactions are Coinbase's bread and butter. A payment processor would charge nearly $0.65 to process a $5 payment. Coinbase would charge just $0.05.

The big risk
The risk with the Bitcoin is pretty straightforward: it's volatile. In just the past year, Bitcoin value has raced from less than $14 to nearly $250. Then it crashed all the way back to about $70 in July. And now, after another boom, Bitcoin value is reaching all-time highs above $400 each.

The volatility of the Bitcoin is what has so many speculators interested in digital currencies. No one really knows what the limit might be for a coin's value. Of course, no one knows what the bottom will be, either -- it could very well turn out to be $0.

Because most products available online are priced in dollars, not Bitcoin, holding onto Bitcoin carries serious risk. If you bought at the last market peak at nearly $250, you'd have to watch your spending power drop to $69 per coin. Admittedly, you'd now be able to spend that Bitcoin for $400 worth of products or services, or exchange it back for U.S. dollars.

As far as "investing" in a Bitcoin, it's smart to keep the size limited to you what you can happily afford to lose. After all, there's no real precedent to what an online, borderless currency means to commerce or to its investors. A fractional Bitcoin for the hobbyist might be a better source of cheap entertainment.

How to Buy a Bitcoin @themotleyfool #stocks Next Article
Current