With no way to reach its wilderness chromite project, the iron ore miner makes the correct decision to suspend further development.

Realizing the embers were dying for its Ring of Fire chromite project in the vast Canadian wilderness, Cliffs Natural Resources (CLF 2.79%) announced last week that it's indefinitely suspending further development of the proposed $3.3 billion open-pit mine.

Chromite is a rare but key ingredient in the manufacture of stainless steel, and nearly three-quarters of the world's 5.5 billion tonnes of supply is produced in just three countries: South Africa, Kazakhstan, and Turkey, with the first producing 41% of the total. China, not unexpectedly, is the largest consumer of the mineral, buying half of all global production, while the U.S. consumes another 15%.

With South Africa experiencing widespread labor and electricity problems, the opportunity is ripe for someone to step in, and the Ring of Fire region in northern Ontario -- said to be named for the Johnny Cash song of the same name -- has deposits so large that it could take generations for it to be developed to its full potential. The regional government is supportive, seeing the development as an estimated $60 billion economic input, and went even so far as to provide Cliffs with a conditional agreement for financial assistance to get its Black Thor deposit operational.

Yet despite all of the region's potential, infighting among claimholders is causing delays and led to Cliffs' announcement last week.

Cliffs needed an easement across property owned by KWG Resources and other resource companies to build an all-weather north-south ore-haul road, but its rivals objected, and an appeal by Cliffs to Canada's Mining & Lands Commission fell on deaf ears, ruling that the miner could not build the road without permission form the land's owners. With the road going nowhere, Cliffs had no choice but to abandon any development plans for the time being.

It may be better for the miner anyway. Cliffs has said it could generate an internal rate of return of 14% to 17% on the chromite project if ferrochrome prices were in the area of $1.40 per pound and that CIF China prices (cost, insurance, and freight) were $390 per tonne for chromite concentrates, but historical pricing has been nowhere near those levels by even Cliffs' own admission, suggesting it was not a feasible effort. 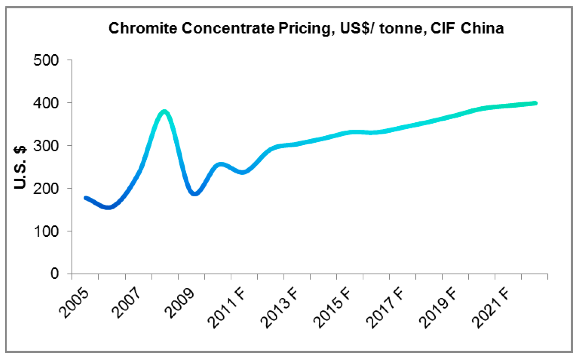 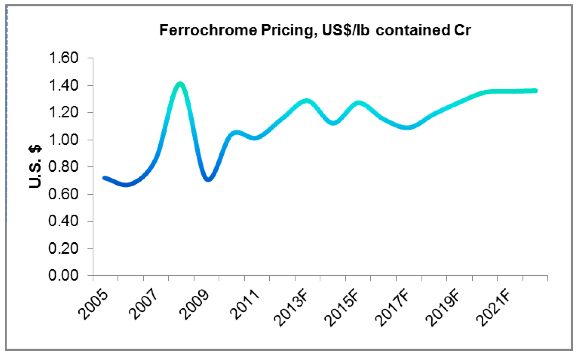 By shelving the project now, it can better use its limited resources to further develop its core iron ore assets such as Bloom Lake, which it views as the key to its future growth prospects anyway, because the output is primarily sold into the seaborne market to Asian steel producers. It also operates the Wabush Scully iron ore mine, the pellet plant and port facilities at Point Noire, Quebec, and integrated rail facilities.

So even if there is better coordination among the competing interests in the region, the flame is likely to go out on other development projects in the region simply because it remains uneconomical to pursue them at the moment. Investors in Cliffs Natural Resources should probably be thankful it wasn't able to throw any more money at what could have been a costly sinkhole.

Fool contributor Rich Duprey and The Motley Fool have no position in any of the stocks mentioned. Try any of our Foolish newsletter services free for 30 days. We Fools don't all hold the same opinions, but we all believe that considering a diverse range of insights makes us better investors. The Motley Fool has a disclosure policy.