The  two biggest oil companies in the U.S., ExxonMobil (NYSE:XOM) and Chevron (NYSE:CVX), are both down roughly 0.7% as U.S. oil prices continue to fall. Today, the Energy Information Administration reported U.S. oil supplies rose by 3 million barrels, to 391.4 million barrels. 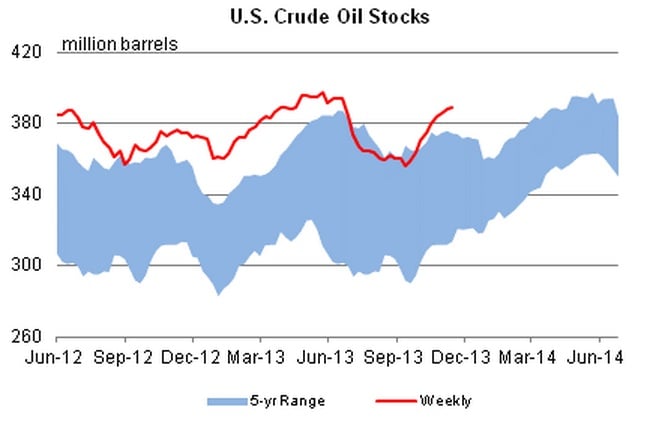 WTI oil prices are near a six-month low on the news, falling 1.9%, to $91.93 per barrel on the news. While U.S. prices have been dropping, world prices have remained high. The spread between the U.S. oil price, WTI crude, and the international oil price, Brent crude, is now at an eight-month high. 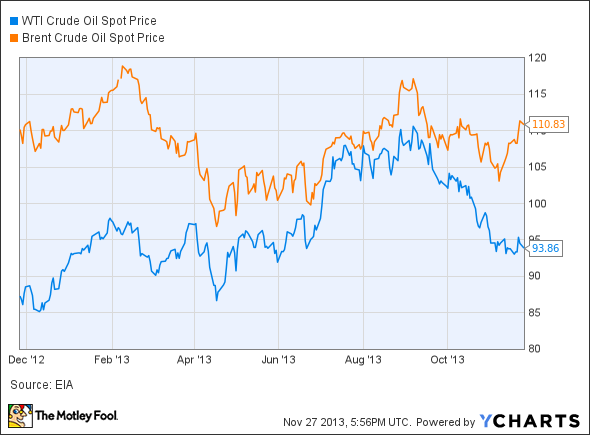 OPEC meets next week -- December 4, to be exact -- to discuss their supply target for 2014. Their current supply target of 30 million barrels per day has been unchanged since 2011. World oil prices remain high as various OPEC members' production is being hampered, and sanctions remain against Iran. The target will likely remain unchanged for the time being.

While U.S. oil prices are dropping, and big oil companies are being punished, Warren Buffett recently bought a $3.4 billion stake in ExxonMobil.