Can the new World of Warcraft expansion lure back players and stem subscriber losses?

World of Warcraft was first released in 2004 and has since grown through a number of expansions. The most recent expansion proved unpopular, however, and sped up the quarterly loss of subscribers. Activision has high hopes for Warlords of Draenor, though.

Could the expansion breathe fresh life into World of Warcraft? 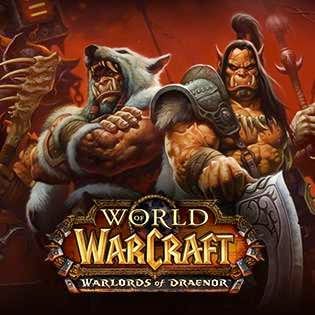 Stemming subscriber losses
The structure of World of Warcraft requires players to first buy the game and then maintain a monthly membership subscription in order to play. The number of subscribers has been on the decline for the past couple of years, but the speed of the decline increased after the relative unpopularity of the Mists of Pandaria expansion that was released in September 2012. Players didn't take to what essentially amounted to action pandas. The new expansion pack has a better chance of wooing back former players.

New features target old players
World of Warcraft players complete quests and learn skills to level up the characters they create. There's always a maximum level that characters can reach, but it tends to get bumped up with each new expansion pack. Higher levels provide players with more features.

Warlords of Draenor raises the upper limit to level 100. The expansion also allows players to immediately level up one character to level 90, which opens up the new features without having to replay through large parts of the prior game.

The expansion has a number of other features -- most of which only make sense if you've spent countless hours running around pretending to be a Blood Elf Warrior. I would never do such a thing, of course... I'm a Draenei Mage. Regardless, the general idea is that World of Warcraft really wants to win back players with a broad range of in-game incentives.

So what does the potential success of the new expansion pack mean to Activision Blizzard's business?

The "Call of Duty" franchise is at the forefront in the press at the moment. Call of Duty: Ghosts recently had strong launch sales. Activision Blizzard framed Ghosts' first day sales in the most favorable metric to better pit the game against Take Two's (TTWO 1.26%) record-breaking Grand Theft Auto V. According to VGChartz, COD: Ghosts has sold nearly 11 million units worldwide since its release last month. GTA V has sold nearly 26 million units but released two months earlier.

The launch sales of games like Call of Duty: Ghosts earn a lot of press attention because the franchise is wildly popular and new games don't come along every year. Because of this, gamers tend to rush out and purchase these new titles which in turn creates an initial wave of unit sales.

World of Warcraft's structuring makes for a different animal. The base game always exists and keeps generating a paying user base through subscriptions. The new expansion could inspire former players to return and bring in new players, but the sales results won't spike as much as they did for Call of Duty: Ghosts.

The number to watch is the number of subscribers the first full period after the release of Warlords of Draenor. World of Warcraft had 11.4 million subscribers at the beginning of 2011, but that number had fallen to 7.6 million by the third quarter of this year. Activision Blizzard would have a real problem if subscribers dropped another 30% in the next two years.

Activision's general health
Activision Blizzard shares are up over 64% in the past year. Third quarter revenues of $691 million beat analyst estimates as did the reported EPS of $0.05.

Activision's console competitor Electronic Arts (EA -1.11%) recently reported second quarter revenues of $1 billion and EPS of $0.33 and both numbers beat analyst estimates.  Electronic Arts shares are up over 53% in the past year. The company has a broader scope than Activision with a strengthening presence in social gaming and casual PC games via the PopCap acquisition in 2011. EA's also less dependent on the success of a small number of core franchises.

Foolish final thoughts
Activision Blizzard has an overreliance on its main franchises. While Call of Duty: Ghosts battles Grand Theft Auto V in sales, World of Warcraft faces a secular decline in its subscriber count. Time will tell if the new expansion proves more popular than the last but Foolish investors should take a cautious stance. As always, investors should do their own research before making any investment decisions.

Should You Buy Electronic Arts Stock?
363%