Four risks and opportunities have the potential to make big waves in 2014, and most people have never heard of them.

As we begin a brand new year, it's natural to look out across the horizon and consider what the next 365 days may have in store. We humans are inclined toward prediction, but we're pretty terrible at it. Fortunately, science can offer insight founded on data and expertise, which may be a bit closer to the mark.

Writing in Trends in Ecology & Evolution, a group of scientists just released their fifth annual "horizon scan " of pressures that they expect to be relevant in the coming year, but which haven't yet reached the attention of the mainstream. 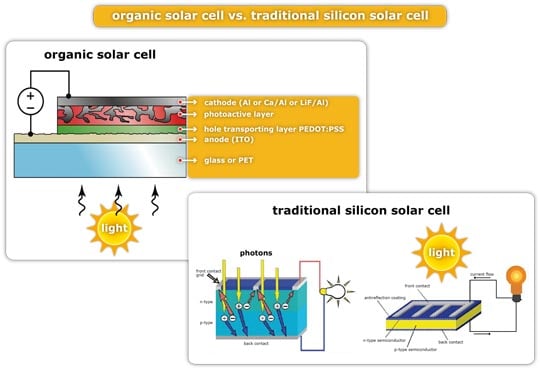 1. Carbon Solar Cells
One of the big challenges associated with existing solar photovoltaic technologies is that they generally depend on silicon, which makes them expensive to produce. Some technologies also depend on various metal inputs that are either rare and expensive, or highly toxic.

But what if we could make solar cells out of abundant resources? Well that would be a game-changer. Both IBM (IBM 1.11%) and Eni (E 0.00%) are counting on it. Both companies are working toward developing organic solar cell technologies. Organic semiconductors are inherently carbon-based, and we all know that carbon is so abundant as to be a problem.

Eni  has been working on the full production chain of organic solar technologies since 2007, and has already secured some patents associated with its findings. Eni is also engaged in a strategic alliance with the Massachusetts Institute of Technology, the purpose of which is to accelerate advanced solar technology development.

IBM  has partnered with Harvard University on its Clean Energy Project. IBM's contribution is to manage the World Community Grid, a virtual supercomputer that uses surplus computing power from volunteers' computers to evaluate millions of organic compounds for their solar application suitability. While IBM has opened the resulting database to the public, the company has a compelling financial interest in the proliferation of organic solar technologies: IBM is a leading provider of grid integration technologies for renewable energy sources.

Carbon-based materials can be cheaply manufactured on a massive scale with the same technology that currently produces plastic bags. The potential for wearable and portable solar cells could literally revolutionize the energy landscape. If I were a traditional solar-cell manufacturer, I'd be a little anxious.

2. Put some seaweed in your tank
In their horizon scan, our trusty scientists foresee a rapid geographic expansion of "macroalgal cultivation" for biofuels. I know, I know, biofuels haven't exactly lived up to a lot of the hype that accompanied them in the early stages. Indeed, research into algae as a fuel has been going on since the 1970s, and so far it hasn't gone very far.

That may be about to change. Initial problems with high cost and low efficiency appear to have been overcome. Meanwhile, seaweed doesn't compete for agricultural land or freshwater supplies the way other biofuel feedstocks do. Many governments are financing trial projects, and the potential for massive cultivation, particularly in developing regions, appears considerable.

Oil giant Statoil (EQNR -1.02%) gave the emerging technology a major boost last year when it became  a co-funder of a large-scale demonstration project with Seaweed Energy Solutions. The "Seaweed Carrier" is an underwater seaweed cultivation structure, geared for mass production. Statoil is currently in talks with Bio Architecture Lab to develop a demonstration project that will produce bioethanol from seaweed.

It's true that we've heard the biofuels-as-planet-savior story before, and investors are right to be skeptical. But as competition for arable land and resources grows stronger and fossil fuel prices continue to rise, an alternative fuel that grows in the ocean and is becoming cheaper to produce is worth a long, hard look.

3. Toxic Rubber
You may not have heard of polyisobutylene, or PIB, but it may be making the news soon, and not in a good way. PIB is a synthetic rubber that's used in all kinds of products, including lubricants, adhesives, sealants, fuel additives, cling-film, and chewing gum. It's not very well understood, but evidence is starting to emerge that it may be highly toxic to marine life. At least four mass seabird death events have recently been tied to PIB spills.

You may not care too much about seabirds, but they could be the canaries in our collective coalmine. If PIB kills them, what does it do to us? And what happens when it combines with other compounds in our environment? These are questions that scientists will seek to answer, and it could lead to regulation.

The shipping industry wouldn't love that. Already, the International Parcel Tankers Association has lobbied against any new regulations. It seems they're losing, though. Recently, a working  group of the International Marine Organization proposed that ships carrying high-viscosity PIB be required to wash their tanks at a specialized facility. If approved, the requirement would take effect on July 1, 2016.

ExxonMobil (XOM 0.87%) is one of the world's major PIB producers. While the company's revenues from PIB are almost certainly not enough to be a material risk in case of regulation that reduces demand, ExxonMobil could be susceptible to lawsuits if PIB is found to be toxic to marine life.

Certainly this is not an issue that is likely to explode in the near term, but it's one that could grow in importance over the coming year.

4. Unburnable Carbon
Last, but certainly not least, is the issue of unburnable carbon. I've covered the carbon bubble fairly extensively over the past year, and all I can say is that it keeps gaining traction. The idea is that if global governments start passing legislation aimed at reining in carbon emissions, oil and coal assets may become unburnable, thus rendering them worthless. The world's biggest energy companies use their fossil fuel assets in their future valuation estimates.

This is a huge deal for some of the biggest energy names out there. Consider that ExxonMobil alone plans to spend $37 billion a year on exploration in each of the next three years. What if ExxonMobil spends all that money and then can't use what it finds?

Many observers dismiss the carbon bubble as theoretical, insignificant, or too far off in the future, but the scientists identify it in their horizon scan as a major issue for 2014.

Happy New Year!
So there you have it, folks, two opportunities and two risks for the coming year. Here's hoping that you benefit from hearing about them early. May 2014 be a bright year for you, and for your investments!

Sara Murphy has no position in any stocks mentioned. The Motley Fool recommends Statoil (ADR). The Motley Fool owns shares of International Business Machines. Try any of our Foolish newsletter services free for 30 days. We Fools may not all hold the same opinions, but we all believe that considering a diverse range of insights makes us better investors. The Motley Fool has a disclosure policy.