Microsoft can't nail down its favorite CEO candidates because the specter of former leaders hangs too heavily over the job posting. Here are three easy ways to fix that issue.

Many CEO candidates are reportedly uncomfortable with Steve Ballmer hanging over their shoulders. Image source: Microsoft.

Microsoft (MSFT -0.26%) has been looking for a new CEO since August 2013. Longtime leader Steve Ballmer will retire at some undefined point in 2014, making way for fresh blood in Microsoft's executive suite.

But The Wall Street Journal reports that top candidates don't want the job with not one but two former CEOs hanging over their shoulders in the boardroom. Ballmer is expected to stay on Microsoft's board after retiring from the CEO post, and company founder Bill Gates is Microsoft's chairman, for crying out loud!

Here are three simple ways for Microsoft to work around this issue and land the CEO of its dreams:

I'm not holding my breath for any of these solutions to happen, of course. This boardroom is dominated by longtime directors, including two dating all the way back to 1981. Only three out of nine directors have served fewer than eight years -- including my chairman candidate Luczo, who only joined the board in 2012. So there's plenty of inertia to overcome here.

But if any of these pie-in-the-sky solutions does come true, I think Microsoft would be well on its way to a full recovery. The stock has trailed the S&P 500 index by a large margin over the last decade, and it's high time for some completely fresh thinking in Redmond. 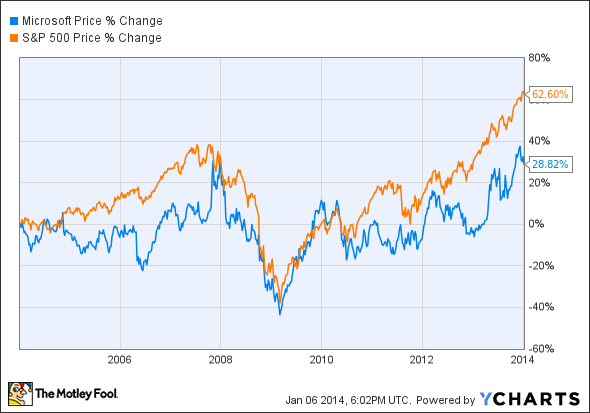 Fool contributor Anders Bylund has no position in any stocks mentioned. The Motley Fool recommends and owns shares of Ford. It also owns shares of Microsoft. Try any of our Foolish newsletter services free for 30 days. We Fools may not all hold the same opinions, but we all believe that considering a diverse range of insights makes us better investors. The Motley Fool has a disclosure policy.