This Force is strong with The Walt Disney Company. The latest Star Wars announcement proves this.

The Force had been strong with Dark Horse Comics, the third-largest comic book publisher in the United States. Since 1991, Dark Horse had been responsible for creating every single comic book featuring the "Star Wars" name. This includes nearly 1,000 total comic book titles that have continued the stories of Jedi Luke, smuggler Han, and Princess Leia, as well entirely new stories set centuries ago or decades into the future. Unfortunately for Dark Horse, however, all of that will come to an end this year. Last week, Walt Disney's (DIS 0.74%) Marvel Comics announced that it will take over as the exclusive Star Wars comic book creator and publisher beginning in 2015. 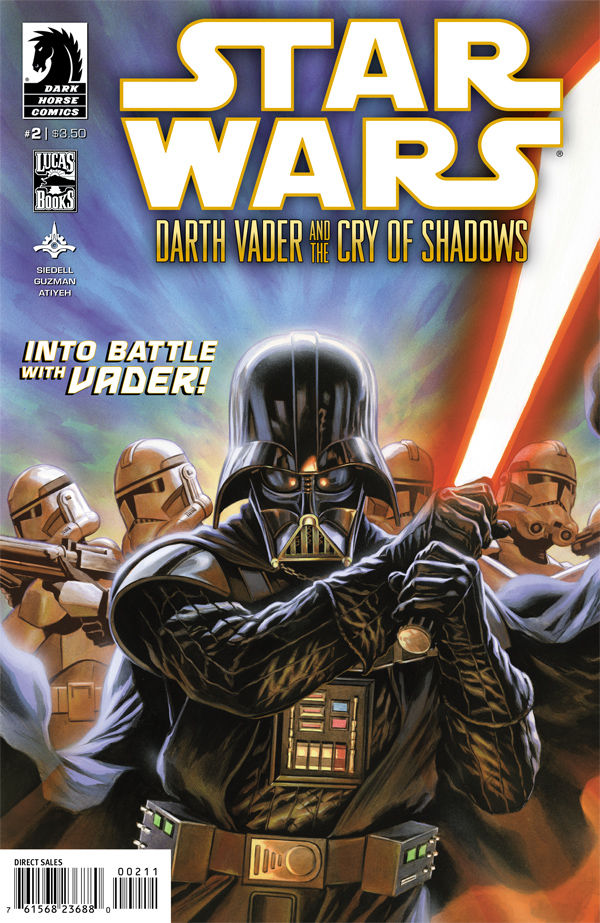 A long time ago in a galaxy far, far away....
A long time ago -- well, just 1977 -- Marvel Comics created the original Star Wars comic book. The first issue went on to sell more than 1 million copies and the entire series ran for a total of nine years. The strong sales of Star Wars actually saved Marvel Comics almost single-handedly; Marvel was having major financial difficulties in the late 1970s. Today, in a bit of corporate synergy, these two dominant forces of countless childhood memories have been reunited once again.

In 2012, Walt Disney acquired Star Wars creator Lucasfilm for $4 billion in cash and stock, and it is easy to understand why. While Lucasfilm's box office returns over the past four decades have been extremely impressive, the real money made from Star Wars has always been from consumer licensing activities. Since the very first Star Wars comic books, novels, toys, electronics, and clothing items hit store shelves in 1977, Lucasfilm has made more than $20 billion in consumer product sales.

Always in motion the future is
For those who've been following Disney closely these past few years, this new business arrangement between Lucasfilm's Star Wars and Marvel Comics might not be that surprising. Since purchasing Marvel Comics in 2009, for example, Disney has been busy acquiring assets that were sold off during the pre-acquisition years.

Most recently this has included obtaining the film rights to Daredevil from Twenty-First Century Fox and Ghost Rider from Sony. Although on a much smaller scale than major Hollywood films -- the entire U.S. comic book industry did roughly $475 million in sales last year through November -- this Star Wars deal continues Disney's strategy of bringing more assets in-house. Dark Horse has done a wonderful job with Star Wars for 23 years, but why license your shiny new $4 billion franchise to an outside company when you have the great minds at Marvel Comics on your payroll? 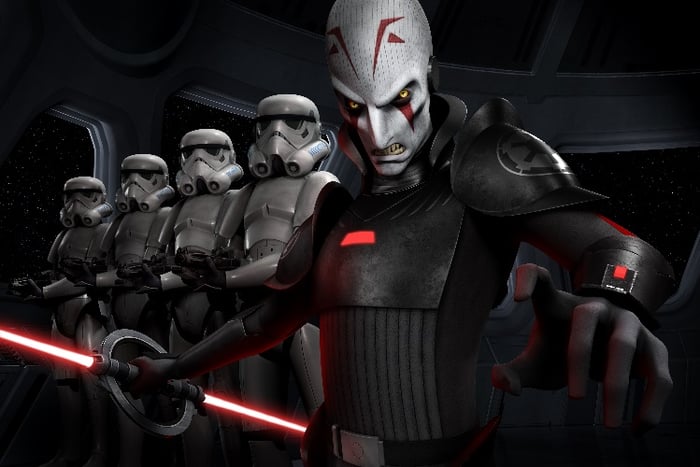 This is also not the first time Disney has ended an old Star Wars business arrangement in order to begin a new one. Although Star Wars: The Clone Wars was a two-time Daytime Emmy Award winner and one of the highest-rated shows on Time Warner's Cartoon Network (as well as a merchandising powerhouse), Lucasfilm announced last March that the show will be coming to an end. Rather than share the profit with Time Warner, Disney chose to bring the whole operation in-house.

The Clone Wars will be ending, but Star Wars will continue in animated form on the Disney XD cable channel later this year as Star Wars Rebels. Additionally, the Seth Green-created animated comedy Star Wars Detours is planned for an unannounced channel and date, and a live-action Star Wars series is being reviewed for development by Disney's ABC Studios. Fans and Disney investors alike definitely have a lot of Star Wars to look forward to in the near future.

Foolish bottom line
The most obvious takeaway is that this Star Wars deal will be a huge boost to Marvel's comic book sales. A bit less obvious is all that can be accomplished under the Walt Disney corporate umbrella. Marvel's takeover of the Star Wars comic franchise will occur in the same year that Lucasfilm's Star Wars Episode VII -- the first installment of a new trilogy -- is scheduled to hit theaters.

This will open the door to many cross-promotional marketing opportunities such as one-shot movie tie-in comics; full comic book series to fill the gaps between movies; motion comics, Blu-ray, and digital download releases (animated comic books with full audio); and numerous other comic book initiatives. If Lucasfilm could do $20 billion in consumer sales on its own, imagine what it is capable of with the full weight of Disney behind it? Size matters not when it comes to the Force, but it definitely matters when it comes to business. Investors should take note.