The Dow Jones Industrial Average (DJINDICES:^DJI) finished the day down just eight points, to 16,437, after a bad start to earnings season and a weaker-than-expected jobs report. The S&P 500 (SNPINDEX:^GSPC) finished up four points to 1,842.

The number of new jobs counted in the Labor Department's employment report for December was horrendous, but you have to remember that this number will be revised multiple times. The November jobs report was ultimately revised upward by 38,000, from 203,000 to 241,000. Even with the bad December number the U.S. economy still managed to average 182,000 jobs added per month through 2013, which is right in line with 2012. 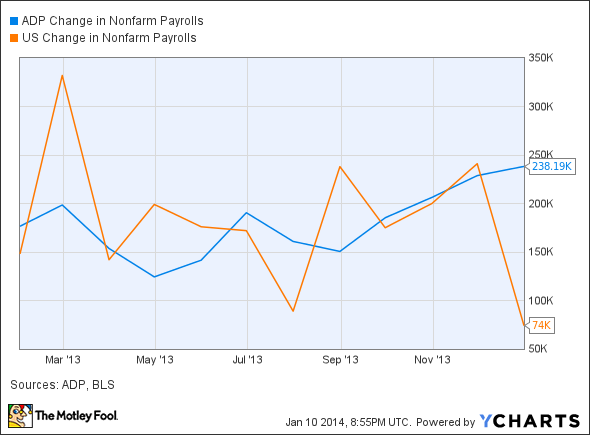 It will be a bleak sign for the economy if the jobs report is not revised next month. Yet other signs point to the jobs market being healthy. On Wednesday, ADP issued an employment report that showed the private sector added 238,000 jobs in November. Also, workers are the most optimistic they've been in two years about getting raises in the next 12 months, according to a survey released today by Glassdoor. 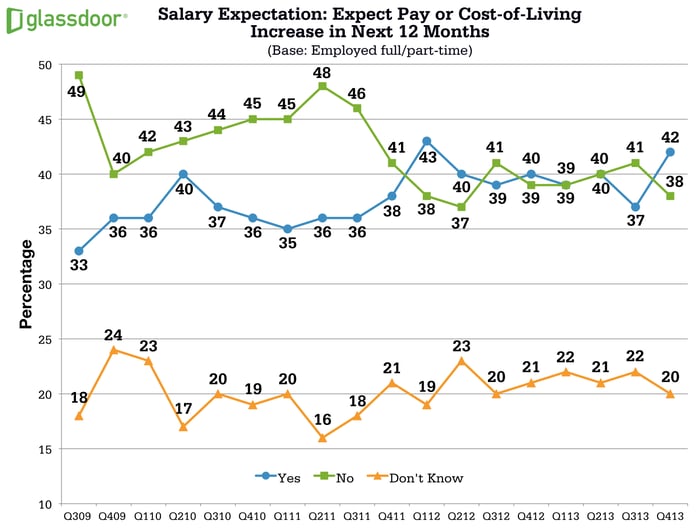 The economy continues to steadily add jobs, even though the pace may have slowed in December. I have written before about why I continue to believe the stock market is overvalued and that earnings look cyclically high. One of my key factors, aside from interest rates, is that corporate profits are at all-time highs while employee compensation is at an all-time low. As the unemployment rate continues to fall and companies have to compete harder for workers, I expect wages to rise. Glassdoor's survey shows that employees also expect their wages to rise this year, challenging corporate profits.

Predicting where the broad market will go in the short term is a game for fools (with a lowercase "F"). Stocks can always get more overvalued. When things get frothy, it's worthwhile to build up some cash on the side for when prices inevitably fall.

Horrendous Jobs Report Sends Dow Lower, But It's Not as Bad as it Appears @themotleyfool #stocks $^DJI $^GSPC Next Article
Current