Yahoo! plans to focus on mobile and content to gain market share in the fierce digital advertising industry.

Yahoo! started the year off right by announcing the acquisition of start-up Aviate, developer of a service that recommends applications based on time and location. According to Marissa Mayer, Yahoo!'s CEO, this move will help Yahoo! increase personalization in its apps and sites.

The company also unveiled its News Digest app, which provides twice-a-day news, articles, and photos, and Yahoo! Tech, a technology-focused news site. It seems Yahoo!'s latest acquisition is just a small part of a broader plan focused on improving content for mobile platforms to attract and retain more visitors and, ultimately, improve the company's top line via digital ads. But, how will this strategy help Yahoo! gain market share in the fierce online advertising space, currently dominated by giants Google (GOOGL -2.75%) and Facebook (META -1.19%)? 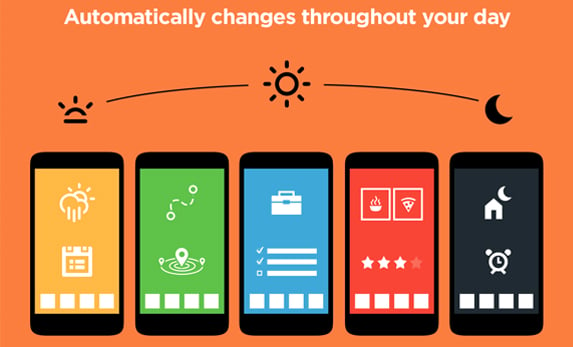 Content matters
Unlike Google, which controls 67% of the search engine market, or Facebook, which owns the most popular social network, Yahoo!'s online presence is not based on a single, unique application. Instead, as Morningstar analyst Rick Summer notes, Yahoo! is a collection of high-traffic Internet properties.

On the bright side, this allows Yahoo! to have a well-diversified user base, distributed across its various websites. But, at the same time, because Yahoo! does not own a particularly unique, revolutionary app (like Google's special search algorithm or Facebook's huge social network), the company must rely on high-quality web content to build an economic moat. Therefore, to remain competitive, Yahoo! must constantly update its offerings.

Making something out of start-up acquisitions
To improve content quality, Yahoo! relies heavily on acquiring start-ups. Since Mayer became CEO, Yahoo! has acquired more than twenty start-ups. The majority of these deals were small, with five companies purchased for $16 million total.

Moreover, with the exception of Tumblr's acquisition, most of the apps Yahoo! acquired did not handle huge user bases. This indicates Yahoo!'s acquisition strategy is simply the company's way to buy promising technology and hire talent. After acquiring a given start-up, Yahoo! tends to absorb that company's engineering team, putting those employees to work integrating the given app to Yahoo!'s main services.

For example, the upcoming Yahoo News Digest leverages innovative content summarization technology from Summly, an app developed by teenager Nick D'Aloisio, which was acquired by Yahoo! for a reported $33 million last year. D'Aloisio announced the release of Yahoo! News Digest at the Consumer Electronic Show during Yahoo!'s presentation.

Beting on digital magazines
Yahoo!'s new content strategy also relies on digital magazines to improve user metrics. Early examples include the release of Yahoo! Tech, which is targeted at the average consumer and includes exclusive videos and articles from former New York Times columnist, David Pogue, and Yahoo! Food, which provides stories on top food trends and allows users to pour over cooking photos and recipes. Both sites have been optimized for mobile platforms.

Turning audience into revenue
It's too early to determine if Yahoo!'s new content strategy (integrating promising apps into its core services and releasing digital magazines) will succeed in capturing meaningful market share in the fierce market for digital ads.

In the least, this should help Yahoo! reduce exposure to the search market. Roughly one-third of Yahoo!'s total revenue comes from this segment, where Google has substantial scale advantages.

The new focus on content should also help Yahoo! increase its total audience. Moreover, specialized news magazines may be more attractive to advertisers interested in reaching a particular niche. For example, Yahoo! Food could attract several restaurants as advertisers.

Final Foolish takeaway
To compete against Google's powerful search algorithm and Facebook's massive social network, Yahoo! seems to focused on providing original, personalized content. To achieve this, the company is relying on strategic acquisitions and the release of digital magazines, which should help increase its total audience and, hopefully, improve its top line.

Adrian Campos has no position in any stocks mentioned. The Motley Fool recommends Facebook, Google, and Yahoo!. The Motley Fool owns shares of Facebook and Google. We Fools may not all hold the same opinions, but we all believe that considering a diverse range of insights makes us better investors. The Motley Fool has a disclosure policy.