With college getting more and more expensive, there are five great places to get a free education online.

Getting a top-tier education just got a whole lot easier and a lot less expensive.

There is no denying that college has gotten monumentally expensive, and as shown in the chart below, in constant dollars over the last 40 years, the price of college is more than 3 times higher at public schools, and almost that much at private schools: 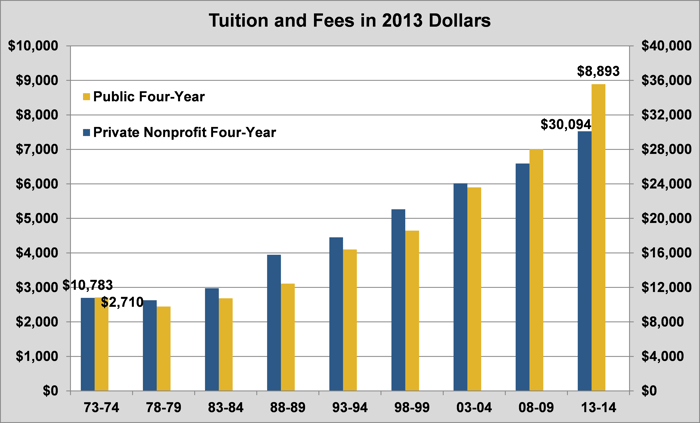 This equates to a roughly 3% rise in prices each year, which doesn't sound like a lot, but when you consider that personal income in the United States has only doubled over the same time period (or grown by less than 1.7% each year), you can see that college is becoming less and less affordable for millions of Americans:

Yet while the costs of college are seemingly spiraling out of control, thankfully there are five wonderful free resources that allow people to enhance their existing educations, and may one day even supplement college altogether. 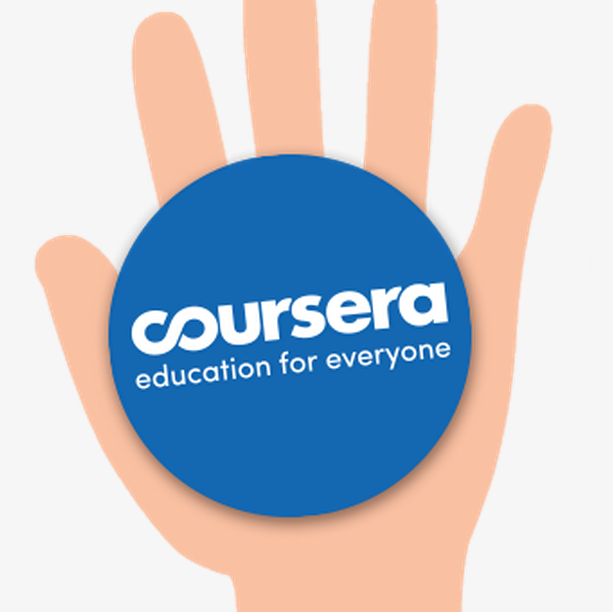 Coursera
Coursera offers free classes from more than 100 universities spanning 16 countries. It has more than 500 courses that are available across 20 categories, from the arts to the sciences, economics, music, math, even nutrition and much more. It even offers resources for professional development for teachers. While it may not count for class credit toward a degree, for certain classes, Coursea even offers verified certificates (for a fee) that designate an individual has both taken and passed the course offering.

In October, Coursera also inked a partnership with the U.S. government to create "learning hubs" throughout the world, where individuals can get access to the Internet, which will allow them to take the online courses, but also have supplemental in-person discussions and class times with teachers.

edX
Similar to Coursera, edX, is an online platform that offers massive open online courses ("MOOCS") to individuals. However unlike Coursera, which is for-profit, edX is a not-for-profit open-source enterprise that is governed by MIT and Harvard. Its course selection is somewhat more limited, as it currently only offers about 125 classes from around 35 institutions. While Coursera boasts contributions from Stanford, Yale, and Duke, edX is headlined by the previously mentioned MIT, Harvard, and the University of California-Berkley.

Khan Academy
Speaking of Harvard and MIT, next on the list is Khan Academy, which was founded by MIT and Harvard Business School graduate Sal Khan. The Khan Academy does not offer full, college level courses, but instead offers free resources and online lessons that are around 15 minutes long on specific topics. Like the others, it runs the gamut of subjects from things like 3rd-grade math to the macroeconomic Keynesian cross and IS-LM model. Yeah, of course. That.

Khan Academy also has a heavy list of corporate supporters, including the Bill and Melinda Gates Foundation, Google, Bank of America, Oracle, and many more. It even recently inked a multimillion-dollar partnership with Comcast to both promote the Khan Academy through "hundreds of thousands of [Public Service Announcements]," while also highlighting Comcast's $9.95 Internet Essentials broadband service to "combine the free, world-class educational content of Khan Academy with the transformative potential of Internet Essentials."

iTunes U
Apple offers the world's largest collection of college courses for free through its iTunes U app and through iTunes online. While it doesn't provide the same structure as the others, it is more flexible, allowing individuals to take just one class in one subject. Some courses offer full materials, including notes, quizzes, tests, and video lectures, while others have only audio. It is a great resource for people who want to explore a better understanding of one specific topic in one specific subject.

MIT OpenCourseWare
While MIT was mentioned earlier, its OpenCourseWare (OCW) site is one of the best in the nation; it allows anyone to have access to virtually every course offered by the prestigious institution. It has the course materials from 2,150 courses from more than 35 departments, and it's already registered more than 125 million visitors. Like Khan Academy, it too expands beyond college level classes as its Highlights for High School are intended to help students while they are both in high school and preparing for college.

While the cost of education may leave many sick to their stomachs, the reality is, there are now more resources than ever to help supplement and enhance our understanding and allow us to become lifelong learners.