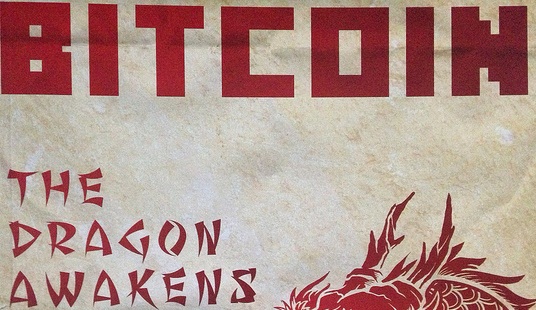 Last month, the Bank of China warned that the virtual currency was "not a currency in the real meaning of the word," barring banks from issuing accounts denominated in Bitcoin. Chinese regulators urged businesses to stop working with Bitcoin exchanges in China.

Now, Alibaba, a leading Chinese online marketplace for everything from odd lots of motorized scooters to truckloads of packing peanuts, announced this week it would ban Bitcoin from its site.

Why China is cracking down on Bitcoin
The press releases may seem mundane, but the reality is, China has a big incentive to keep Bitcoin out of the hands of its citizens. China maintains very tight capital controls, limiting the amount of cash citizens can move outside the country.

Bitcoin effectively circumvents any and all capital controls. Prior to a widespread ban, Chinese citizens could buy Bitcoin to sell for another currency, or even buy homes in foreign lands. Yes, homes. Several homes have been listed with prices in Bitcoin.

And this is why China must keep a tight grip on the movement of Bitcoin in and out of the country. If the government in Beijing allows Bitcoin to freely circulate throughout its territory, it loses control of its currency -- and Chinese wealth is then free to flow around the world.

Is China the end of Bitcoin?
Like fine art and gold, Bitcoin is a volatile, borderless, and nationless currency. One of its many benefits, besides lower transaction costs, is that it knows no limits. Buyers and sellers can send money anonymously, for whatever purpose, from skirting capital limitations to buying drugs on online marketplaces.

In places like China, where the movement of capital is controlled by law, Bitcoin provides some sense of financial freedom. Previously, only the ultrawealthy and the politically connected have been able to move massive amounts of money out of China. Bitcoin enabled the average person to enjoy similar opportunities.

In the United States, Bitcoin provides more value because of its low costs. Capital controls are of little concern. Rather, for most online merchants, paying a 1% fee to use a Bitcoin payment processor is much better than the 2%-3% fees PayPal, Square, or other credit card merchants might charge.

We're in the early innings of the rise in cryptocurrencies, but the shutdown in China is a big setback for Bitcoin, which would have otherwise enjoyed a lift from Chinese citizens eager to move money outside the nation's borders. But as with anything, if there's a will, there's a way. We probably shouldn't count China out just yet.