Please ensure Javascript is enabled for purposes of website accessibility
Log In Help Join The Motley Fool
Free Article Join Over 1 Million Premium Members And Get More In-Depth Stock Guidance and Research
By Leo Sun - Jan 13, 2014 at 10:47AM

Beyond Good & Evil, Psychonauts, and Shenmue were critically acclaimed commercial failures the first time around. Is it finally time to reboot these cult games for the Xbox One, PS4, and Wii U?

These days, many of the top selling video games on the market are simply the latest chapters of aging franchises, such as Activision Blizzard's (NASDAQ: ATVI) Call of Duty, Take-Two's (TTWO -1.30%) Grand Theft Auto, Ubisoft's Assassin's Creed, and Nintendo's (NTDOY -1.52%) Mario and Zelda titles.

That strategy has its obvious advantages, with their guaranteed fan bases and returns. But it also has major weaknesses, such as incremental innovation, rising costs, and diminishing returns.

Therefore, gaming companies might benefit from looking beyond the obvious hit franchises and back at some critically acclaimed but commercially weak games of the past.

Let's take a look at three beloved but often overlooked cult titles of the past -- Ubisoft's Beyond Good & Evil, Double Fine's Psychonauts, and Sega's Shenmue -- and why they could succeed commercially the second time around.

Ubisoft's Beyond Good & Evil, in my opinion, was one of the finest action adventure RPGs of the sixth console generation. The game was designed by Michel Ancel, better known as the creator of the Rayman franchise.

Beyond Good & Evil was a creative mix of steampunk, sci-fi, and fantasy themes, which strongly resembled Nintendo's hit N64 title, The Legend of Zelda: Ocarina of Time. Despite the game's cartoonish appearance, it had a surprisingly dark theme of dystopian fascism. 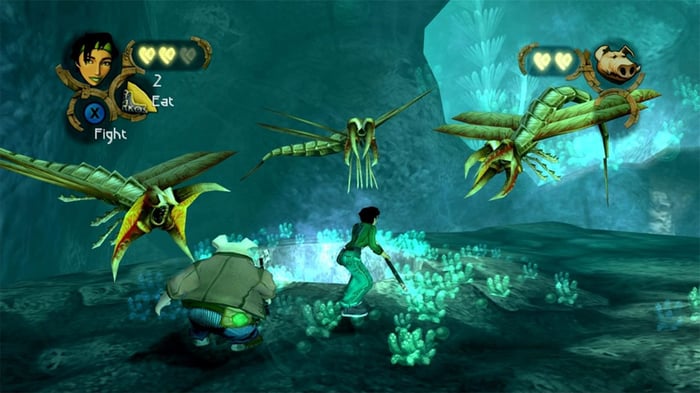 The game, originally released for the Microsoft (MSFT -0.92%) Xbox, Sony (SONY -1.73%) Playstation 2, and Nintendo GameCube, was a hit with critics, scoring 87% (Xbox/GameCube) at review aggregator site Metacritic. Unfortunately, the game bombed commercially, only selling a combined 500,000 units across all three platforms.

Beyond Good & Evil failed for a simple reason -- the 2003 holiday season was saturated with high-profile games like Ubisoft's own Prince of Persia: The Sands of Time, LucasArts' Star Wars: Knights of the Old Republic, and Activision's first Call of Duty title. To make matters worse, Ubisoft concentrated its marketing efforts on Prince of Persia instead of Beyond Good & Evil.

However, the latter gained a cult reputation over the years, thanks to positive buzz and the constant demands for a sequel from game industry journalists like former G4 host Morgan Webb. In response, Ubisoft released an HD version of the original game in 2011 on Xbox Live and the Playstation Network in an attempt to generate more interest for a sequel.

Although Beyond Good & Evil 2 was announced in 2008, details have been scarce. The latest is that it could arrive sometime during the eighth generation of consoles, and that it has been delayed due to Ancel's work on Rayman Origins.

A tale of a psychic summer camp for gifted children, Psychonauts can be best described as Super Mario Sunshine reimagined by Tim Burton and Salvador Dali. The main character, Raz, jumps into the dreams of various characters, resulting in some psychedelic levels such as the infamous "Meat Circus" stage, which is every bit as horrifying as it sounds. 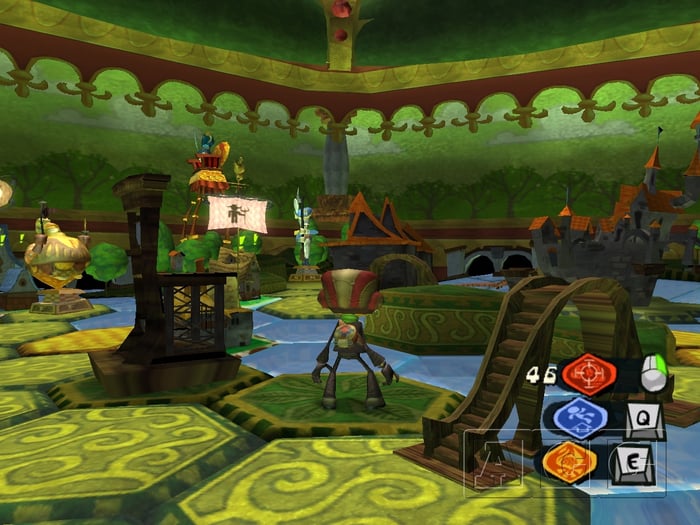 The game was loved by critics, with a Metascore of 88% (Xbox), but it fared even worse commercially than Beyond Good & Evil with a mere 400,000 units sold for the PC, Xbox, and PS2.

Game publisher Majesco (NASDAQ: COOL) expected the game to be a major contributor to its bottom line for the year, but was forced to revise its full-year profit of $18 million to a net loss of $18 million after the release.

Psychonauts' failure also caused Majesco to withdraw from the "big budget console" market later that year. The problem is that Psychonauts was released at a time when everyone was focused on the release of the Xbox 360 later that year, and on the surface, Psychonauts looked like just another cartoonish platformer designed for children.

However, the game stayed alive on Valve's Steam platform and was available on the Xbox Live Marketplace until 2011, when the rights reverted back to developer Double Fine. Psychonauts was released as part of the Humble Indie Bundle V in 2012 and as part of the Humble Double Fine Bundle in 2013, which helped the game reach a new generation of gamers.

Although there are no official plans to move ahead with a reboot or sequel, Tim Schafer has championed a new game for the franchise, stating that widespread digital distribution through legitimate and illegitimate channels prove that a market exists for a sequel.

Last but not least, we need to discuss the fate Sega's Shenmue, one of the most ambitious and expensive Japanese video game franchises ever made.

Shenmue was a true labor of love from Yu Suzuki, commonly referred to as the "Shigeru Miyamoto of Sega." Suzuki's iconic games, which include Hang-On, Space Harrier, Out Run, After Burner, and Virtua Fighter, defined Sega's identity in the 1980s and 1990s.

Suzuki intended for Shenmue to be his magnum opus, a free-roaming action RPG, intended to span a whopping 16 chapters, with the protagonist, Ryo, traveling from Japan to China to track down his father's killer. The original 1999 Dreamcast title only told the first chapter of the story, which was set in Japan. The second chapter was told in a comic book that documented Ryo's journey to Hong Kong. 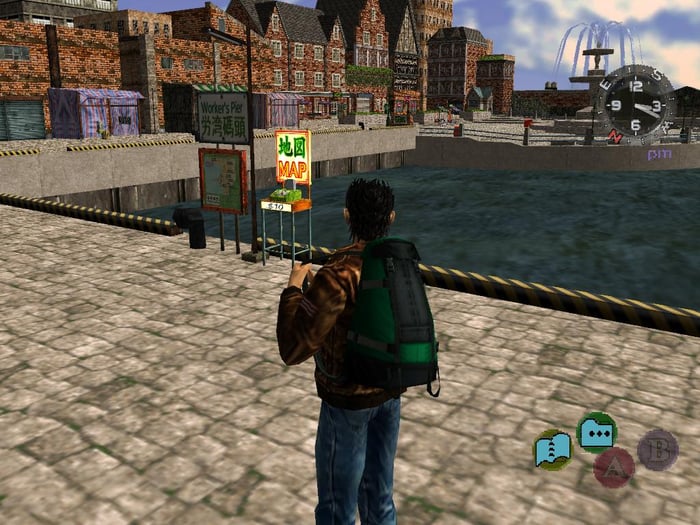 The 2001 sequel, which was rereleased in 2002 for the Xbox, covered the third to sixth chapters of the tale. Unfortunately, the game series ends on a cliffhanger, mainly due to the combined production cost of $93 million (inflation adjusted) for the first two games.

That kind of budget could have been justified by blockbuster sales, but the first Shenmue only sold 1.2 million units on the doomed Dreamcast, while its sequel only sold 500,000 units on the Dreamcast and Xbox combined.

Yet just like Beyond Good & Evil and Psychonauts, Shenmue was critically acclaimed, with respective ratings of 88% and 80% for the original game and its sequel.

While a new Shenmue might never see the light of day, I believe that Microsoft could eventually revive this forgotten franchise. When Microsoft released the original Xbox in 2001, it became the proper successor of Sega's failed Dreamcast through an exclusive deal to release sequels to several beloved Dreamcast franchises, such as Jet Set Radio Future, Sega GT 2002, and Panzer Dragoon Orta.

With the Xbox One, Microsoft continued this tradition with the release of Crimson Dragon, the spiritual successor of Panzer Dragoon Orta. Rebooting Shenmue -- which will be ideal due to the convoluted story of the first two games -- could give the Xbox One a lot of credibility among older gamers in Japan, which is traditionally Microsoft's weakest market.

In conclusion, I sincerely hope that Beyond Good & Evil, Psychonauts, and Shenmue are eventually revived.

These three franchises could be a breath of fresh air for an industry drowning in first-person shooters and MMOs, reminding gamers that ambitious creativity still has a place in today's Hollywood-like gaming industry.

Want to learn more about the gaming industry?