The Chicago Cubs haven't won a World Series in 105 years. You know it, I know it, heck, my grandma knows it and she hasn't watched a baseball game since the Bicentennial. Still, despite the team's continual disappointment, it managed to rejoin one of the sport's oldest fraternities this week.

The move could even help the Cubs make more money while raising the Win Flag more often in the process.

The mascot fraternity
The fraternity I'm alluding to is made up of the now 27 Major League Baseball teams that have mascots. Ever since the so-called "dogs of the Dead Ball Era," MLB teams have used mascots as good-luck charms, marketing icons, and everything in between.

Yesterday, the Cubs joined this group, leaving only the Angels, Dodgers, and Yankees without an official mascot. 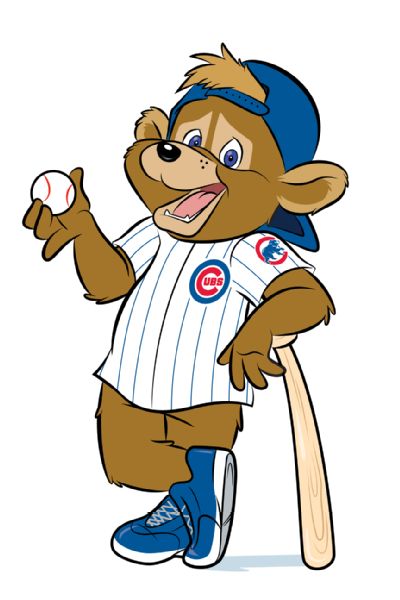 Courtesy: Chicago Cubs. According to the Cubs, Clark is "a young, friendly Cub … [and] a welcoming presence for families at Wrigley Field."

Clark is a bit more cuddly, and clearly was designed to be "hip." Why was he created?

Success on the diamond
There's no academic research that's studied the correlation between a new mascot and team wins, but perhaps there should be. Two examples stand out in recent memory.

In a mid-summer game in 2000, the Los Angeles Angels (then the Anaheim Angels) were losing to the San Francisco Giants by a single run. After video board operators introduced a jumping monkey with the phrase "Rally Monkey" in the bottom of the ninth, the Angels rallied and won the game. Two years later, the monkey's presence coincided with a comeback win in Game 6 of the 2002 World Series, leading to an eventual championship.

The phenomenon occurred again with the St. Louis Cardinals' "Rally Squirrel." After the surprise appearance of a squirrel in three consecutive NLDS games in 2011, the Cardinals went on to win that year's World Series.

Do I think an animal can magically spur a baseball team to victory? Of course not.

But can a new mascot -- official or otherwise -- unite a team psychologically, leading to better performance on the diamond? Perhaps.

Multiple empirical studies link team cohesion with team success, and it makes sense. The closer teammates are to one another, the more likely they are to win. In theory, the introduction of a mascot is simply an attempt to boost team cohesion. It's hard to imagine Starlin Castro and Anthony Rizzo bonding and playing better together because of Clark, but that's not the only reason for the new mascot.

Making money
Mascots can also help teams make money. Consider the case of the Philadelphia Phillies' ex-mascot, David Raymond. In a 2005 interview with The Migala Report, he explained how this could be done.

"When I look back at my time as the Phillies Phanatic, I wish I saw it as an opportunity to drive revenue since day one. I estimate that … for leagues like Major League Baseball, six figures a year could be brought in between personal appearances and sponsorship revenue."

The Cubs' decision to introduce Clark into the Chicago community has immediate business impacts. The mascot is already marketed through its own page on the team's website, and he will be available for events and parties by the start of the season. An apparel section of the site is even under construction, and I expect it to mimic the Phillies Phanatic's online shop, which sells everything from Fathead wall decals to T-shirts.

Obviously, there's no guarantee Clark will make the Cubs play better, or even that he will generate any revenue off the field. Even if there's a only slim chance he'll help Chicago's beloved losers, though, there isn't a sound argument against his introduction.

The franchise ranked fourth in all of MLB with a $1 billion valuation last year, according to Forbes, and it also has the league's highest operating income, but this figure has only grown by two percentage points annually since 2009. By comparison, the crosstown rival White Sox have grown eight times as quickly over this time period.

Clark's ability to host events and generate hype around team apparel could give the Cubs' financial situation a shot in the arm. At the very least, an official mascot makes it harder for detractors to claim the team is out of touch.

Now if only it could join one more club: MLB teams that have won a World Series in the past century.