To most gamers, Zenimax/Bethesda's The Elder Scrolls series has been one of the essential role-playing game franchises over the past two decades.

Ever since the release of the second title of the series, Daggerfall (1996), Bethesda has pushed the limits of a single-player experience in role playing with gigantic sandbox worlds and open-ended quests. As technology improved, so did the world of The Elder Scrolls.

The third main title, Morrowind (2002), was a technological marvel that realized the lofty sprite-based ambitions of Daggerfall in a fully 3D, polygon-based world. The following titles, Oblivion (2006) and Skyrim (2011), further improved on the wonders of Morrowind, placing players in a single-player experience filled with living, breathing NPCs.

Despite the wondrous evolution of the series from Daggerfall to Skyrim, the future for The Elder Scrolls franchise looks a bit cloudier these days.

Whereas the hallmark of the series (along with its post-apocalyptic sibling, Fallout), has always been a single-player experience in a wide-open sandbox world, the upcoming Elder Scrolls Online from Zenimax Online will attempt to turn that tradition upside down with an MMO (massively multiplayer online) title, akin to Activision Blizzard's (NASDAQ: ATVI) World of Warcraft.

Longtime fans are understandably concerned that Elder Scrolls Online could mark the end of an era for the single-player sandbox games. Are they right to be worried?

Let's take a look at four key things to consider about Elder Scrolls Online, which is scheduled to be released for the PC on April 4, and on Sony's (NYSE:SONY) PS4 and Microsoft's (NASDAQ:MSFT) Xbox One in June.

Although the production costs of The Elder Scrolls games up to Oblivion have never been disclosed, Skyrim reportedly had a production budget of $85 million. The game has gone on to sell 16.3 million copies worldwide.

Skyrim's production costs rose for the same reason as those other titles -- the need for more advanced graphics and soundtracks, larger worlds, and more recorded dialogue. For Skyrim's single-player sandbox world, recorded dialogue was a particular challenge, featuring thousands of hours (over 60,000 lines) of situation-dependent conversations.

Those rising costs and lengthening production cycles (Skyrim took 3.5 years to develop) means that the titles must be guaranteed hits.

Bethesda's parent company, Zenimax, is privately held, so it doesn't face the same investor pressure as Electronic Arts (NASDAQ:EA) or Activision to release guaranteed hits every holiday season. However, that doesn't mean that Zenimax intends to wait another three to four years for another full Elder Scrolls installment.

Therefore, the logical move from a business standpoint is to develop an MMO, which could be developed faster, require less recorded dialogue and scripted quests, and start out with a core online world that can be expanded through future expansion packs.

The reason that Elder Scrolls Online has been so time consuming and expensive is its epic scale -- the game will tie together the entire continent of Tamriel, whereas most of the previous single-player games only took place in a single province, such as Morrowind, Cyrodiil, or Skyrim. 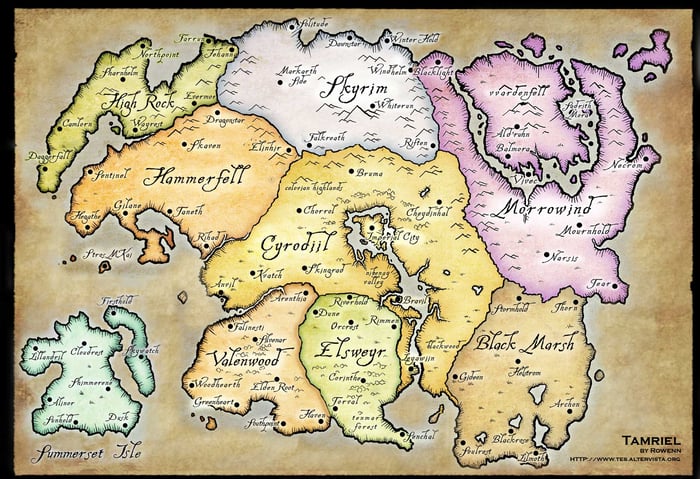 To offset those costs, Zenimax intends to charge a $15 per month subscription fee for the game. Theoretically, if all 16.3 million players who bought Skyrim immediately sign up for the game, it could only take a single month to realize a profit on its initial investment.

Star Wars: The Old Republic fell to less than a million users last year, forcing EA to switch to a free-to-play model last November, which eventually helped its subscriber base recover to 2 million.

A huge problem facing MMO makers is a massive shift in online gaming.

Unfortunately, it didn't take into account the rise of MOBAs (multiplayer online battle arenas), led by the likes of Valve's Dota (Defense of the Ancients) 2 and Tencent/Riot Games' League of Legends. 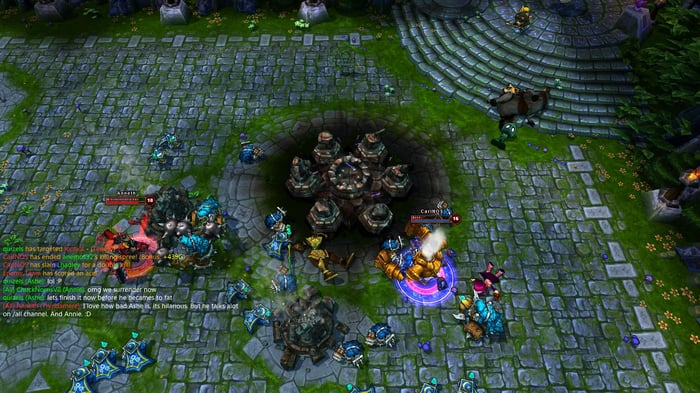 The MOBA genre drew away MMO and RTS players, eventually making Dota 2 and League of Legends the most popular online games in the world by July 2012.

Today, League of Legends boasts more than 70 million subscribers and 32.5 million daily active users -- numbers that Activision and EA can only dream of achieving.

Moreover, Elder Scrolls and Fallout 3 gamers are generally a much different group than World of Warcraft gamers -- the former prefer a solitary existence filled with NPCs, while the latter prefer a social gaming experience with friends and clans.

In other words, Blizzard (later acquired by Activision) built upon the social aspect of Warcraft III (2002) to launch World of Warcraft (2004), but I have serious doubts that Elder Scrolls players are eager to jump into multiplayer gaming after spending so much time in their own virtual sandboxes.

4. Transitioning from single-player to multiplayer games

On that note, the jump from a single-player franchise to a multiplayer one has often had mixed results.

EA and Bioware's Star Wars: The Old Republic is a perfect example.

The original single-player RPG, Star Wars: Knights of the Old Republic (2003), sold 2.3 million copies. While not a blockbuster hit, the game established Bioware's reputation among gamers and was critically acclaimed, earning a Metascore of 94% for the original Xbox version. Unfortunately, Bioware allowed another studio, Obsidian, to develop the sequel, The Sith Lords (2005) -- a rushed, polarizing game that only sold 1.4 million copies.

If Bioware had used the six years that it spent on The Old Republic to develop a proper single-player sequel to Knights of the Old Republic, it might have been a much bigger hit than the now free-to-play MMO.

Another interesting transition from single player to multiplayer games can be seen in Square Enix's flagship Final Fantasy series. 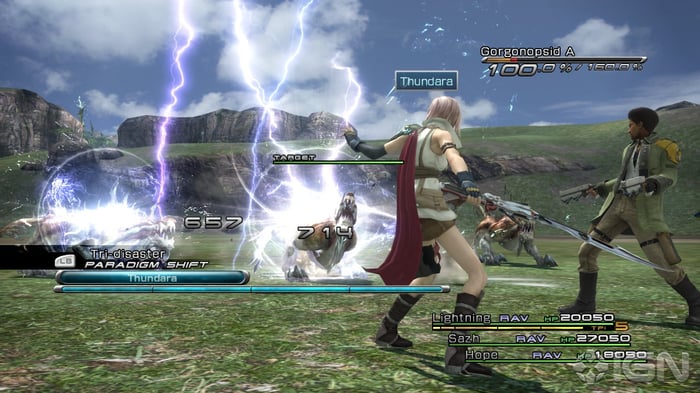 Starting from Final Fantasy XI, the previously single-player series became a multiplayer affair. The results were highly mixed, as seen in the following chart.

While it appears that the single-player titles were more popular, continuous revenue in terms of $13 to $15 per month (for Final Fantasy XI and XIV) adds up quickly. Final Fantasy XI, at its peak, was generating $26 million to $30 million monthly for Square Enix.

Therefore, if Zenimax Online's Elder Scrolls Online can at least capture 21% to 33% of its single-player (Skyrim) base, as Square Enix has done, it could still generate roughly $51 million to $81 million in monthly revenues -- which would be well worth its original development cost of $200 million.

In conclusion, Elder Scrolls Online doesn't really need to make all of its franchise fans happy to be profitable. However, it would be very disappointing if its release leads to the end of the single-player titles that have defined the series.

What do you think, dear readers? Please share your thoughts in the comments section below!