Over the past decade, Liam Neeson has transformed himself from an actor best known for historical dramas and Star Wars to one of Hollywood's biggest action heroes. How'd he do it?

To paraphrase his now infamous monologue from 2008's Taken, Liam Neeson has "a very particular set of skills," both as a dramatic actor and an action movie hero. Regarding the latter, almost all of his work in this genre has come in the last decade, after his 50th birthday. Neeson's transition to action flicks hasn't just given fans a ton of cool quotes, though. It's also made him -- and Hollywood -- a bunch of money.

The switch to action
Since 1988, the 61-year-old Neeson has held prominent roles in a little more than three dozen films, according to IMDb. His most critically acclaimed movies, like Schindler's List and Michael Collins, were historical dramas, and he only dabbled in action a few times before the mid 2000s.

Beginning with 2005's Batman Begins, though, a major shift occurred: Neeson started getting really into the action. 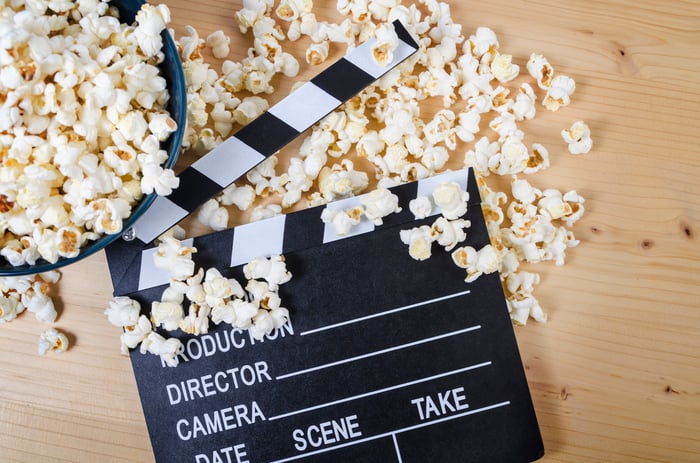 Since the first installment of the most recent Batman trilogy, Neeson has starred in a whopping 10 films in the genre. Looking to 2014 and beyond, he has four more in various stages of production: A Walk Among the Tombstones, Non-Stop, Run All Night, and yes, another Taken movie with EuropaCorp and 21st Century Fox (NASDAQ: FOX) subsidiary 20th Century Fox.

The box office
At the box office, it's clear the switch to action has paid off. Most of Neeson's commercial success has come from his work in this genre.

Twelve of Neeson's 15 highest-grossing movies in the U.S. are action-based, and of this dozen, only Star Wars Episode I, The Dead Pool, and Darkman were released before 2005.

Likewise, studios have made a lot of money from Neeson, and his action movies have been significantly more profitable than his non-action roles. 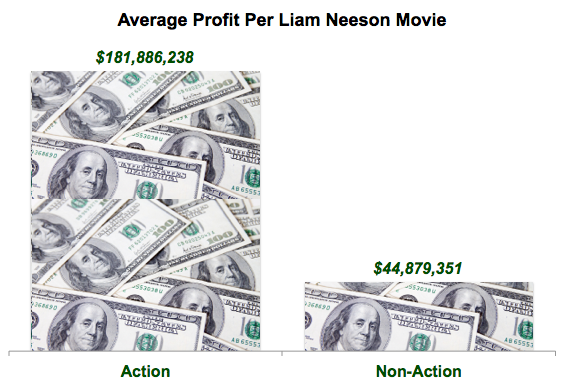 With recent successes like Fox's Taken 2, and Warner Bros. and Time Warner's (NYSE: TWX) Unknown, he's quietly become one of Hollywood's most bankable stars. Stalwarts like Leonardo DiCaprio and Tom Cruise regularly pull in total profits in the range of $100 million to $300 million per film, so Neeson isn't far off.

In fact, of the five box office bombs to lose money in Neeson's career -- Satisfaction, High Spirits, Gun Shy, Before and After, and K-19: The Widowmaker -- none were action films.

Estimates of Neeson's net worth vary between $40 million and $75 million, and at $20 million for a single movie, he joins a very exclusive club that includes names like Depp, DiCaprio, and Pitt. For an actor who was best known for his roles in historical dramas and Star Wars Episode I a decade ago, that's an amazing accomplishment.

What does the future hold?
Aside from Taken 3, Liam Neeson's best chance at another blockbuster action hit is Comcast (NASDAQ: CMCSA) (NASDAQ: CMCSK) and Universal's Non-Stop, which is set to hit theaters next month.

The movie stars Neeson as an air marshal in a hostage situation who's eventually framed as the hijacker of the plane he's supposed to protect. The budget is estimated to be $50 million, so a decent showing should continue the actor's hot streak.

It's no secret that action movies are some of the best money-making opportunities in Hollywood, but the profitability advantage generally isn't as large as Neeson's split. His action flicks have historically made over four times as much money as his non-action films.

From a commercial standpoint, it's obvious why movie studios love him, and as long as he keeps his set of skills intact, that won't change anytime soon.