It's nearly here - Apple's big earnings report. What should investors be looking for?

The time is nearly here – Apple (AAPL 1.92%) reports its first quarter earnings just after the bell on Jan. 27. While Apple isn't as universally "loved" as it once was, there is no denying that Apple is certainly one of the greatest companies on Earth. Customers love its products and, despite some angst from a certain activist investor, it has done well by its shareholders over the years. 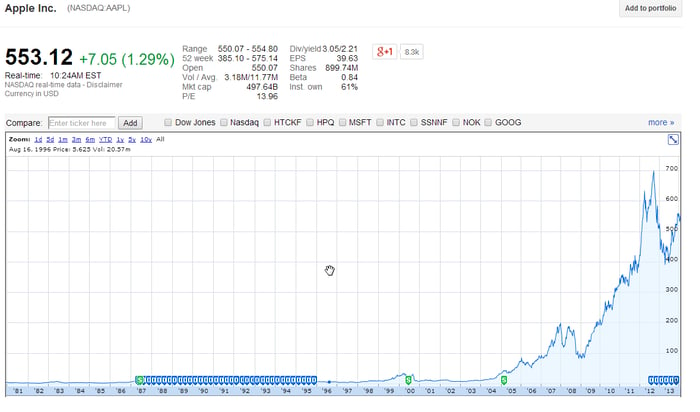 What's really going to count, however, is the guidance for next quarter. The Street is expecting that Apple will do $46.05 billion on the top line and $10.93 per share on the bottom line – a normal seasonal decline and up 5.60% year-over-year. These estimates aren't particularly lofty, although for a company with a revenue base as gigantic as Apple's this type of growth is still really impressive. That said, what should investors be looking for at the upcoming earnings report?

Guidance will be the driver
The midpoint of the range is, as stated above, $46.05 billion on the top line and $10.93/share in earnings on the bottom line for the next quarter. If Apple simply comes in and "hits" this number (or somewhere within the analyst estimate range of $55.93 billion-$59.88 billion on the top line and $13.49-$15.24 per share on the bottom line), then the shares probably won't move much, as this is what was "expected." The shares in this case would probably just track the market more or less – nothing too exciting.

However, the shares would probably react more violently (either to the upside or the downside) if Apple comes above or below the estimate range. The question, then, is which outcome is most likely? While this Fool would bet on Apple coming in above the midpoint of consensus, it's not clear by how much since there are a lot of moving parts. Apple is likely gaining share on Samsung at the high end of the phone/tablet market (and aggressive enough share gains could very well push Apple to the high end of the range), but the offset there is the slowing growth at the high end of the smartphone market in general.

The iPad question
It's also no secret that Apple's gross margin profile is positively affected by high-end smartphone sales, offset by the iPad. Now, what's interesting is that while the original iPad mini launch seemed to wreak havoc on sales of the larger iPad, the iPad Air could prove to pretty meaningfully reverse that trend. It's much sleeker, runs cooler, and fixes many of the problems that had originally plagued the larger iPad vis-à-vis the iPad mini.

If the iPad Air ends up dominating the iPad mix in Q4 and in Q1, then gross margins could wind up better-than-expected. Further, if gross margins really do show signs of having bottomed, this removes probably the biggest fear surrounding Apple's longer-term viability – margin compression.

Foolish bottom line
While many will be focused on how Apple does in Fiscal Q1 (and make no mistake, a meaningful beat here could push full year estimates up), investors are likely to be more interested in what fiscal Q2 brings. Keep an eye on guidance, particularly on the top line and on gross margins (operating expenses/R&D moving on up isn't a problem as this is the heart of innovation within a tech company). If Apple surprises to the upside on FQ1 guide, then the stock could finally break out and perhaps test new all-time highs.

Microsoft's ChatGPT-Powered Search Is Ready for Prime Time. Here's What It Means for Investors