Warren Buffett doesn't own a sports team, and many have questioned whether he ever would. His answer on what investment in the sporting world he would make may surprise you.

The business and investing side of sports is becoming more and more popular, and the world's greatest investor has revealed the one investment in the industry he would make -- but it likely isn't what you think. 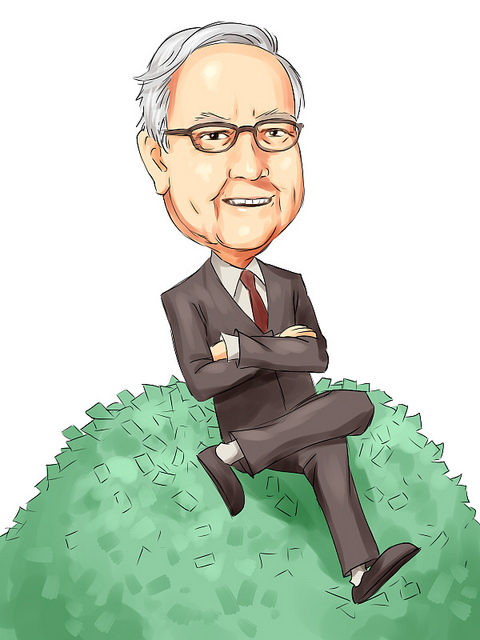 Warren Buffett of Berkshire Hathaway (BRK.A 0.93%) (BRK.B 1.10%) is one of the best investors in the world and is continually sought after for investment advice. It would make sense, then, that people have come to him, questioning exactly what he thinks about some of the more noted and popular investments like professional sports franchises.

On buying a team
In his own words, Buffett once said at an annual shareholder meeting, "Professional sports teams are a hassle... fans would complain that you aren't spending enough when the team loses."

However, just last week on the Dan Patrick Radio show, Buffett went on to say:

When asked to expound upon whether or not sports teams actually are a good investment, Buffett said:

Consider for a moment that while the Cowboys are the most valuable NFL team, since 2008 they have "only" grown in value by 43%. By comparison, Berkshire Hathaway has grown its book value by almost 75%.

Buffett understands the ultimate value of a team is a simple function of a limited supply and robust demand from people seeking celebrity and fame. Not the foundational principles of investing in profitable business at fair prices that he adheres to. And while teams may not be on his radar, there was one person in sports Buffett said he would want to invest in.

The best investment in sports
When asked by Dan Patrick which athlete he would invest in, Buffett emphatically said he would chose LeBron James. And it wasn't simply as a result of there being a limited supply of great athletes as there are sports teams, but the reality that James is truly unique and will likely be on top of the sporting world for years to come.

Buffett went on to say:

LeBron is a terrific guy, and I mean he's got staying power, he's smart, and he gets better all the time. I would love to have a piece of him, but he's too smart to sell it to me.

When you consider LeBron has long made it known he hopes to be a billion-dollar athlete, and casually eats dinner with the world's second-richest man, there is no denying he is well on his way to becoming more than just one of the greatest players of all time. An investment in him would almost assuredly be met with resounding success as a result of his steady and continual cash flows from his endorsements from Nike, Samsung, and others. There is also the reality he's earned $130 million in his career just from contracts, and that's going to continue for years and years to come.

Certainly much has been made of Fantex and its efforts to allow individuals a chance to invest in certain players on the public markets, with Vernon Davis and Arian Foster as the first two examples.

But the reality is, just as Buffett understands, those individuals who are poised to actually be great investments, like LeBron, will be "too smart to sell," any piece of that reality.