Please ensure Javascript is enabled for purposes of website accessibility
Log In Help Join The Motley Fool
Free Article Join Over 1 Million Premium Members And Get More In-Depth Stock Guidance and Research
By Ted Cooper – Feb 1, 2014 at 7:30AM

This simple checklist evaluates Coca-Cola, PepsiCo, and Starbucks against a set of criteria that yields a Warren Buffett-like portfolio.

A checklist is a simple device used to enhance performance in a wide variety of pursuits. In addition to uses in cockpits, kitchens, and intensive-care units, checklists can help investors make good investments and avoid making really bad ones. The investing checklist proposed in this article screens Coca-Cola (KO 0.10%), PepsiCo (PEP -0.52%), and Starbucks (SBUX 0.04%) against criteria that Warren Buffett's best investments have exhibited.

Know what you want
There are many flavors of long-term investing; some investors seek fast-growing companies, some want big dividends, and others look for off-the-beaten-path investments. Warren Buffett once told a group of Notre Dame students, "[Charlie Munger and I] have had no more good ideas than other people. But we have not made big mistakes."

The checklist in this article is built with the intention of investing like Buffett -- by avoiding big mistakes. Investors who focus on avoiding big mistakes may end up owning fast-growing companies, high-yielding stocks, and off-the-beaten-path stocks all at the same time. The only limiting factor is that the stocks should not pose a risk of permanent capital loss.

A company is predictable if its revenue is stable or growing and it turns a consistent percentage of sales into profit. Although statistics offer various methods to quantify growth and stability, these factors are often easily identifiable on a chart.

For example, Coca-Cola's revenue is clearly increasing, while its operating margin looks stable. 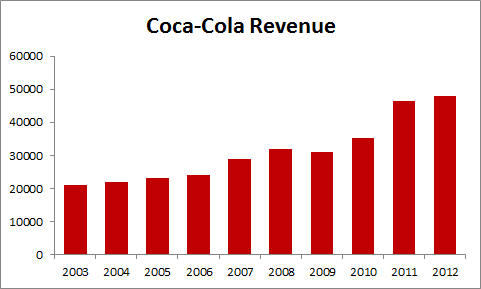 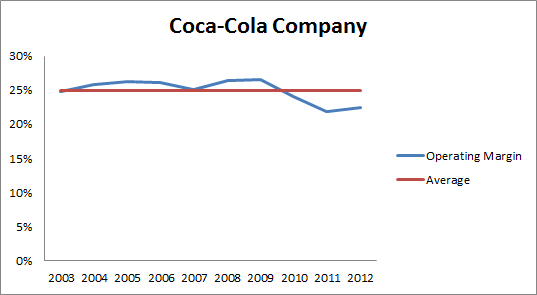 PepsiCo's results are similar to Coca-Cola's. On the other hand, Starbucks' operating margin jumps all over the place. 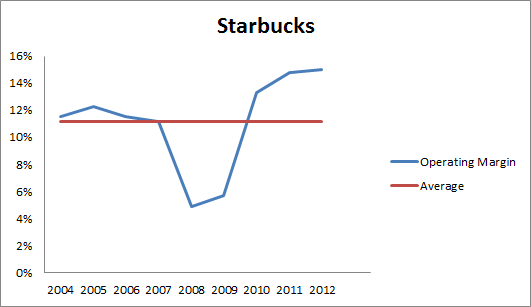 Starbucks' profit margin is less predictable than we would like. The company is more susceptible to outside pressures like coffee prices and economic downturns than Coca-Cola, which makes it difficult to estimate within a narrow range how profitable it will be in the future. Starbucks gets a mark against it for volatile earnings, but we'll hold off judgment until we get through the entire checklist.

After predictability, we should check for profitability. Profitability can be measured in many ways, but for this simple checklist we will just use return on invested capital, or ROIC. ROIC measures the annual profit earned for each dollar the company invests in its operations.

Investors who want to avoid big mistakes should stick to companies that earn a 10% or higher ROIC. Coca-Cola, PepsiCo, and Starbucks all pass this criterion. 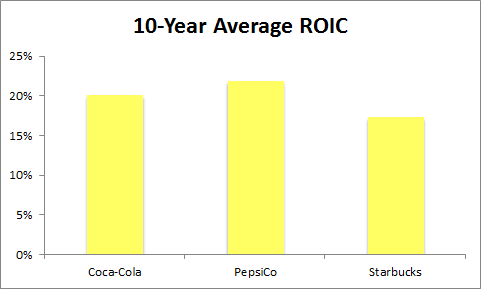 The final factor on the quantitative checklist is cheapness. No matter how predictable and profitable a stock is, if you pay too much for it, you will get a poor return. There are many ways to gauge cheapness. The one used here multiplies the 10-year average free cash flow margin for each company by its last four quarters of sales; this should give us a reasonable estimate of the company's long-term earning power before growth.

Doing the above calculation shows that Coca-Cola trades at 19 times normal free cash flow, PepsiCo at 18 times, and Starbucks at 54 times. If you substitute forward earnings for Starbucks in place of normal free cash flow, you find it trades at 28 times expected earnings. Furthermore, if you invert these figures, you get initial return expectations of 5.3% for Coca-Cola, 5.6% for PepsiCo, and 3.6% for Starbucks. Then you simply add expected long-term growth to get each stock's likely return over a long holding period.

Generally, it is best to stick to predictable and profitable stocks with initial yields of at least 5%. Anything lower could end up being a poor investment if the expected growth does not materialize. Therefore, Coca-Cola and PepsiCo pass the cheapness test, but Starbucks fails.

If the answer to each of these questions is yes, then the stock is probably a good investment. The answers to these questions for Starbucks are irrelevant to investors focused on avoiding big mistakes because Starbucks failed the predictability and cheapness tests in the quantitative checklist. This is not to say that Starbucks is a poor investment, only that it has a much higher chance of being a poor investment than Coca-Cola and PepsiCo. Note that it might also have a higher chance of being a great investment than Coca-Cola and PepsiCo.

Foolish takeaway
Warren Buffett believes his outstanding performance is due to avoiding big mistakes. The above checklist should help investors avoid big mistakes. Investors who have some other goal, say, dividend growth, would look for different attributes, but they would still benefit from incorporating a checklist into their investment routine.