Not all premium music services are created equal -- SiriusXM is the leader of the pack.

Although Sirius XM Holdings (SIRI -2.65%) has over 25 million subscribers, my sister and I are the only people I personally know who have retained our satellite radio subscriptions for longer than the free trial period bundled with the purchase of a new car. They may be strangers, but I know there are tons of people like us who know this company's original slogan to be the truth: "the best radio on radio." The majority of its subscribers result from auto manufacturer partnerships, but the superb service is building a brand that stands in a class of its own.

Paying for music?
Yes, I grew up during the Napster days, but I do pay for my music. Today, if you're not too particular, you have free options such as Pandora (P) and iTunes Radio from Apple (AAPL -0.34%). If you want higher audio quality and an ad-free experience, Pandora asks for just $36 a year for its extensive music library built from the company's Music Genome Project. Other music services are priced at around $10 per month, a third less than Sirius XM's monthly rate of about $15 per month.

With many free and more affordable services available, why would anyone remain loyal to the pricey Sirius XM? Simply put, the entire consumer goods sector follows the same model, with certain brands commanding higher prices than others. Canister coffee costs far less than a cup of just about anything at Starbucks, yet there is almost always a line in every Starbucks location I've ever visited. Sirius XM increased its monthly subscription rate by 12% in 2012 and more recently increased it by 3.5%, but these moves were met with little backlash and thus prove that quality dictates price, even if something similar is available for free.

Selling a brand
Not everyone gets instantly hooked on Sirius XM stations such as Eminem's Shade 45 and the booming electronic music channel BPM. Beyond stations based on algorithms and genres alone, Sirius XM's stations are actively managed by music professionals, producers, and personalities. This allows users to discover new music, learn about their favorite artists, and make connections via a shared passion for music. On many stations, users can call in to request songs and discuss topics, and this interaction has become even more accessible through heavy activity on Twitter. 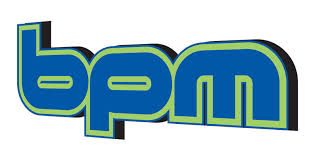 If you haven't had the pleasure of hearing these brilliant music channels and premium talk shows, the company will find a way to get them to your ears. Sirius XM comes standard in many rental cars, a two-month trial is included with pre-owned cars equipped for the service, and anyone can get a thirty-day trial online. After a few commutes and Internet browsing sessions, many listeners are ready to sign on.

The company's little known "A La Carte" package, which is only compatible with certain radio units, allows the subscriber to select 50 channels for just eight bucks a month. For the majority of radios that are built into vehicles, the "Mostly Music" package sells for about ten dollars a month and offers over 80 channels.  Although the company will throw premiere packages with bells and whistles at unwary consumers, the service is more affordable after a little research.

What about everyone else?
Over the last year, Pandora has exploded with a stock appreciation of over 200%. That's great for short-term investors, but Pandora and other music services do not have the unique business model that makes Sirius XM so special.

Pandora relies on ads for most of its income. This requires increasing listener activity, but activity has recently declined and the subscription base sat at just over 70 million active users as of October 2013.  The declines most likely stem from users leaving for iTunes radio as well as Spotify and iHeartRadio from Clear Channel, to name just two alternatives. As superior as Pandora playlists appear to be, the service is too similar to others to command the market. Listener time eclipsed 1.5 billion hours in December, but it's only a matter of time before more names enter the fray and begin to hurt Pandora's earnings.

Estimates place Sirius XM's annual revenue per user at about $155. Compared to Pandora's annual revenue per user, which sits at just $9.40, it should be clear to investors that Sirius XM has a more sustainable financial position. As long as the company continues to add subscribers at anything near the 1.66 million rate it achieved in 2013, revenue per user will rise because of the previously mentioned price increase in sync with a rise in free cash flow, already at $709 million at the close of 2012.

Winners either way
Some analysts believe that people have become less inclined to pay for music. Between Sirius XM's subscriber growth of over 6% from 2012 to 2013 and Apple's 1.26 billion units moved in iTunes for 2013, many people are still paying for music. Consumer habit changes will always cause ups and downs, but people are inclined to subscribe to services they hold dear; just ask Netflix. Sirius XM indirectly assists iTunes in that if one discovers something new on satellite, they may be inclined to make one more click and spend a dollar. Most readers will argue that Apple is a rival to everyone, but the company has a seemingly ubiquitous influence on consumer behavior.

Sticking to one brand is not my style, but Sirius XM and Apple command the consumer goods market with premium services and reap huge profits from their expertise. Investors can scrutinize quarterly earnings reports for hours, but it won't change the fact that premium companies have loyal followers who are willing to spend.