Electronic Arts (EA 2.50%)/Bioware's role-playing games are usually defined by their branching storylines, moral choices, and multiple endings. Yet one quality of their games has constantly stood out from the rest -- their romances.

Ever since Neverwinter Nights (2002), Bioware games have contained a unique element of romance, similar to date-sim games, intertwined with their core adventures. Over time, these romance options became complex and expansive, crossing the boundaries of gender and species in its top franchises Mass Effect (2007-2012) and Dragon Age (2009-2011). 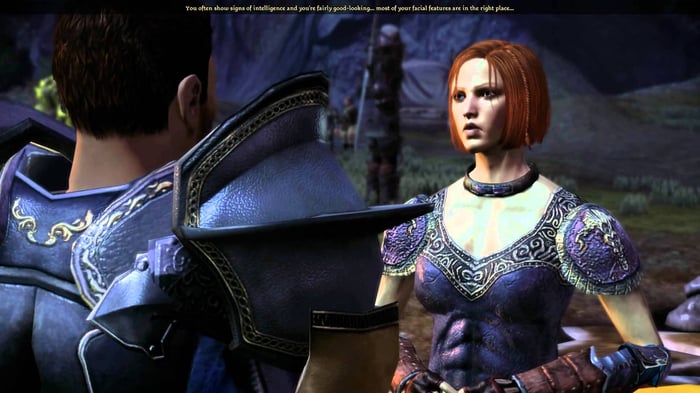 While gamers loved these romance options, which enhanced the games' replay value, it also sparked a controversy among conservative, non-game playing critics such as Fox (FOX) News, which made bizarre, erroneous claims in 2008 that the game contained "full digital nudity" and "graphic sex."

The Japanese definition of the video game romance

Many gamers remember the 1980s and 1990s as the golden age of Japanese video games. During that era, when Nintendo (NTDOY 1.32%) and Sega ruled supreme, there were very few "romances" in video games.

Sony's (SONY 1.02%) Playstation, however, changed all that. With the addition of full-motion video and CGI, video games could deliver interactive cinematic stories more similar to movies. One of the highest profile "romance" titles was Square's (now Square Enix's) Final Fantasy VIII (1999), which was based on the "theme of love."

However, games like Final Fantasy VIII were linear, cinematic tales, and the player had little control over the ultimate outcome of the romance.

In 2009, Konami's (KNMCY) dating-simulation video game for the Nintendo DS, LovePlus, changed all of that. The game features virtual girlfriends who the player "takes care of" in a similar manner as the Tamagotchi virtual pet toys.

Although the concept sounds controversial and bizarre, the title was a cult hit for Konami, with the four released titles selling 0.66 million copies in Japan and sparking spin-off comics in five different magazines in 2010. 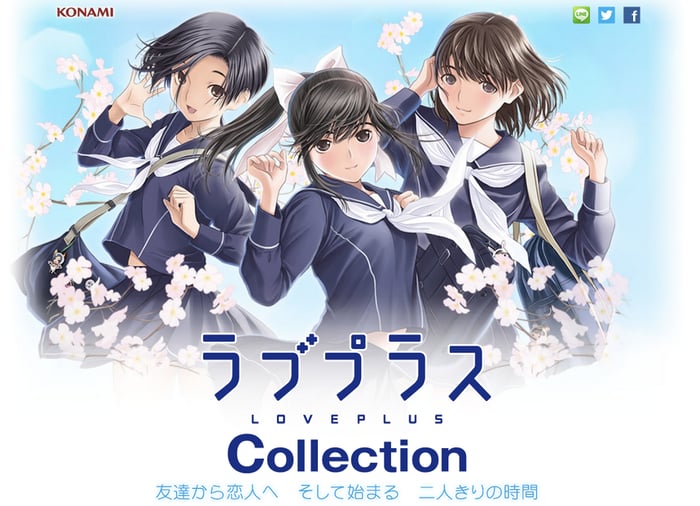 It also boosted tourism in Atami, a coastal resort town prominently featured in the game. According to a report in The Wall Street Journal, a LovePlus promotional effort in the city in 2010 attracted over 1,500 male fans of the game, who checked into their hotels with their DS handhelds.

The Western definition of the video game romance

For Western gamers, the first game that generated lots of attention for its romance options was EA's The Sims (2000). The life simulation title, in which players cook, clean, go to the bathroom, and get jobs, allowed players to initiate romances between characters of either gender. 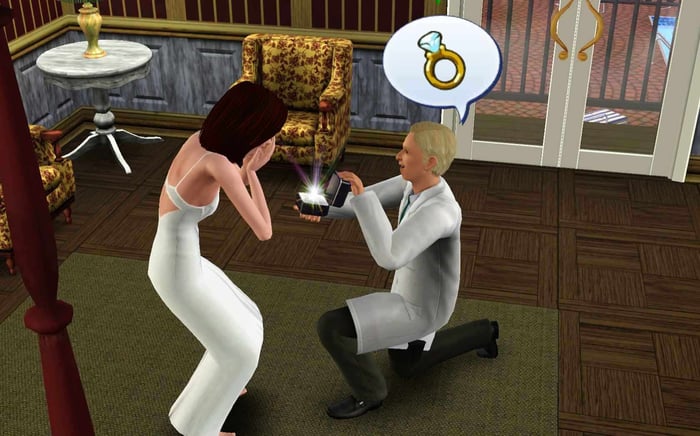 However, the open-ended sandbox romance nature of The Sims 2 (2004) was also criticized, just as Mass Effect would be later, by conservative critics such as Florida attorney Jack Thompson, who likewise made false claims that the game included "full frontal nudity."

Of course, those complaints didn't affect sales at all -- across all platforms, the first three titles of The Sims franchise (including their expansion packs) have sold a whopping 74 million units worldwide over the past 14 years.

Like The Sims, the romances in Bioware's titles have been praised for disregarding gender, race, or species -- but they have also been criticized for their simple and obvious mechanics.

In the first Dragon Age, the player can make any character fall in love with them by simply giving them presents to boost their approval rating, after which a "romantic quest" can be initiated. In Dragon Age II, the "romantic" dialogue choices were obviously marked with large heart icons to avoid confusion.

Nonetheless, Mass Effect made up for those flaws with a continuous, epic plot spanning three titles -- in which the player's romantic choices in one game would carry over to the next. That enhanced the longevity and replay value of all three titles.

What do improved romances mean for DA: Inquisition and Mass Effect 4?

Dragon Age: Inquisition, the third chapter of the series, is expected to be released in fall 2014. Mass Effect 4 is rumored to arrive around the same time, although I wouldn't expect EA to release both hit titles at the same time, considering its previous release timetable.

Both titles are expected to be huge hits, considering their past sales:

Dragon Age 2 was lambasted for its repetitive environments and lack of multiple endings, and Mass Effect 3 was criticized for its incomplete ending, which was later rectified through a free DLC.

However, the sales numbers show that Dragon Age: Inquisition has a lot more to prove than Mass Effect, which has enjoyed rising sales figures through the progression of the trilogy.

In both Dragon Age: Inquisition and Mass Effect 4, players will reportedly be allowed to play as several different races, similar to Dragon Age: Origins. Not only will playing as new races allow players to experiment with a wider range of skills, but dialogue and romance options could be radically different as well between playthroughs. 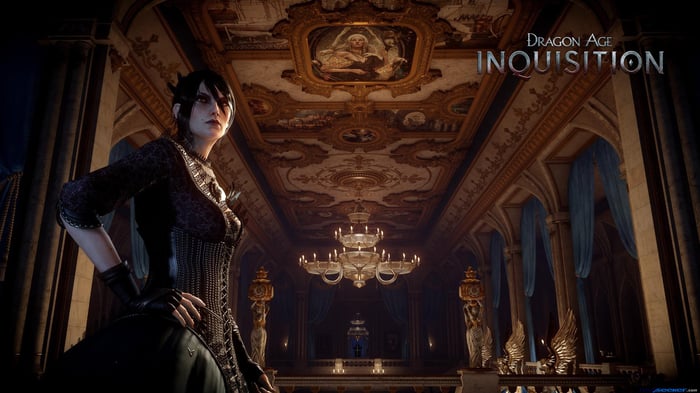 This means, most importantly, that Bioware is spending a lot more time branching out the games' storylines and relationships. One of the biggest problems with Dragon Age 2 was that it restricted the player to play as three different classes of humans -- a big drop from the six races and three classes in Dragon Age: Origins.

In other words, the connections that gamers feel to romantic interests such as Leliana (Dragon Age) or Liara (Mass Effect) are a true feat of interactive character development, and not a goofy, arguably sexist gimmick like Konami's LovePlus.

Considering how much romances have improved between Dragon Age: Origins and the Mass Effect trilogy, I'm excited to see how Bioware will improve the interactive storylines and romances in these upcoming games.

What do you think, fellow gamers? What are you looking forward to the most in Dragon Age: Inquisition and Mass Effect 4? Please share your thoughts in the comments section below!