CEOs around the world are concerned about rapid technological advances as a threat to their company's growth prospects. Should we ease off technological innovation?

Technological change is supposed to be the essence of economic growth. Over the past century, the world reaped the benefit of the buildup of more general-purpose technologies. But what happens when technology advances at a dizzying pace? Estimates suggest that there will be seven times more networked devices than people on the planet by 2020. 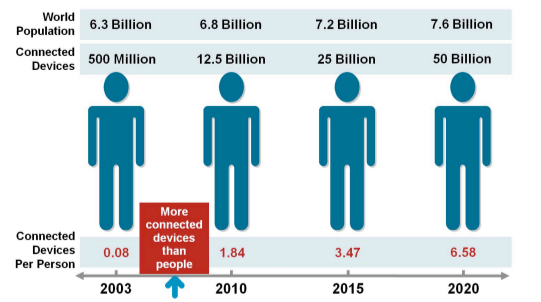 Source: Cisco Internet Business Solutions Group (IBSG), "The Internet of Things: How the Next Evolution of the Internet Is Changing Everything," April 2011.

Nearly half of the 1,344 CEOs surveyed by PricewaterhouseCoopers, or PwC, late last year identified rapid technological change as a potential threat to their organization's growth prospects.

So, should we take a more soft-pedal approach toward innovation?

Spotting the right moment to act
Why are CEOs so concerned?

Disruptive technological breakthroughs usually start out simple, gradually improving in quality until they challenge incumbents. In other words, there is a crucial interval between the moment the innovation makes its appearance and the moment it actually starts disrupting an industry's status quo. More importantly, during that period, the full financial impact of the disruptive change is not apparent. It's visible only when it's too late to respond.

Leaders at Eastman Kodak or BlackBerry experienced this first hand. Also, as fellow contributor John Maxfield aptly mentioned, retailers with otherwise solvent balance sheets like Best Buy and Barnes & Noble are living on borrowed time, mainly because their business models are not capable of copying today's technology trends, which trigger a shift in consumer behavior.

Another modern technology, 3D printing, has the potential to transform the competitive landscape of an array of businesses, from fashion to architecture. Most recently, Professor Behrokh Khoshnevis at the University of Southern California designed a gigantic 3D printer using a technology known as contour crafting. This printer can build a house in 24 hours.

3D printing could revolutionize the construction industry beyond any stretch of our imagination, provided that players within the industry embrace this new technology in an effective way. But will they all be able to do so? Spotting the moment disruptive innovation starts to kick in and responding to the challenges that arise from it is a tough nut to crack.

While the majority of CEOs that PwC surveyed acknowledged the need to adapt their business models for the technological trends now transforming society and business, less than 30% have already started or completed the changes they're planning, such as altering their R&D functions. Among the factors that are holding them back is the speed at which technology is advancing. They are worried about their efforts being counterpoised by newer technologies.

How rapid innovation is hollowing out the economy
Previous technological change has always delivered more long-run employment. Even so, this time, things could be different. And Silicon Valley, which has provided many of the wonders that make our world look futuristic, is largely to blame.

Technological change always results in job losses. However, these job losses are often offset by new job opportunities, sometimes created in a most peculiar way. Make-up artist Michelle Phan rose to fame on YouTube and then shook hands with cosmetics group L'Oreal.

Bethany Mota, an 18-year-old self-made celebrity, turned YouTube shopping sprees into a fashion career. College student Koby Conrad is just one of the many young businessmen who are making a living off Facebook traffic. Koby sells hippie clothes online and, as he told Business Insider, his business is thriving on the traffic it gets through Facebook.

So, what's the problem? Rapid technological innovation is destroying jobs faster than it's creating new ones, contributing to the growth of income inequality in the U.S. and worldwide. Since the 2000s, there has been a growing gap between productivity (the amount of economic value generated for a given unit of input, such as an hour of labor) and private employment in the U.S. Today's technologies may prove to be permanent game changers.

What needs to be done?
In a world where "the big don't eat the small, but the fast eat the slow," what can companies and employees do to not just survive, but also thrive?

It all comes down to the ever-elusive balance between technological development and education. As economist Jan Tinbergen argued as far back as the 1970s, when technology is winning the race against education, more rewards go to fewer people. When education is winning, the rewards are spread more evenly because more people are able to understand and use new technologies.

Disruptive innovations pop up out of the blue and can, pretty much, destroy whole markets overnight. Industry players need to think out of the box, develop new strategies and tools that can spot radical change, and adopt a more diversified approach toward investment. One that always includes and never underestimates human capital.