It's now clear that Intel grossly miscalculated the impact of tablets on the computing continuum.

As many Foolish readers know, this Fool has been an Intel (INTC -1.41%) shareholder and uber-bull for quite some time. However, in order to build a solid investment thesis, it's important to understand just what has gone wrong with a company and how those problems will be remedied in the future. With that in mind, let's take a look at how Intel miscalculated.

Other Intel Architecture revenues fell significantly short
Back at the 2011 investor meeting, Intel outlined a plan to go head-to-head with the various ARM vendors in order to build world-class mobile system-on-chip products. The most potent of these direct competitors is Qualcomm -- although given the duopoly nature of the smartphone market, Samsung's (NASDAQOTH: SSNLF) and Apple's (AAPL -0.34%) internal chip teams do pose a real threat, too, particularly Apple's. They block off a good portion of the total addressable market from all merchant chip vendors, Intel included.

Intel outlined a pretty solid plan back in 2011 to accelerate the development of its Atom products after years of neglect, and many investors bought into it: 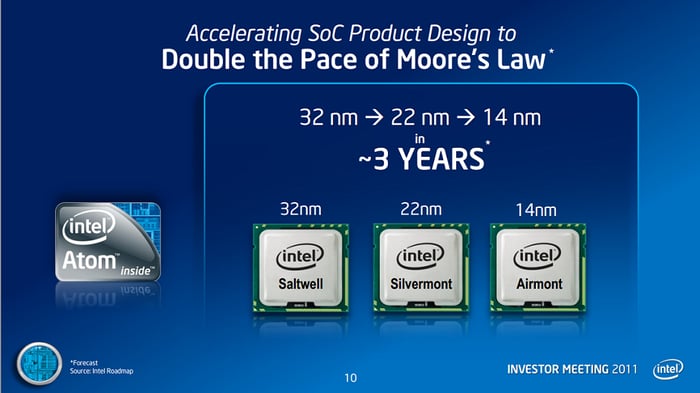 This led to the 2012 investors meeting, where Intel management indicated that sales in its Other Intel Architecture group -- tablets, phone, modems, etc. -- should see pretty substantial growth, from $4 billion in revenue in 2011 to north of $5.5 billion in 2013. 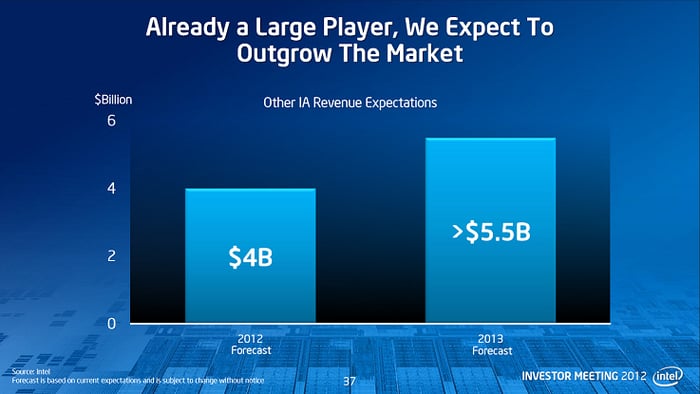 On top of that, due to increased investments in mobile, Other IA saw a $1.5 billion operating loss, which management had hoped would be "cut in half" by the end of 2013: 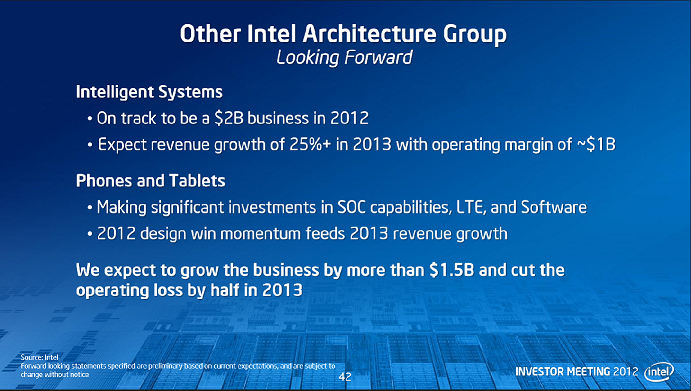 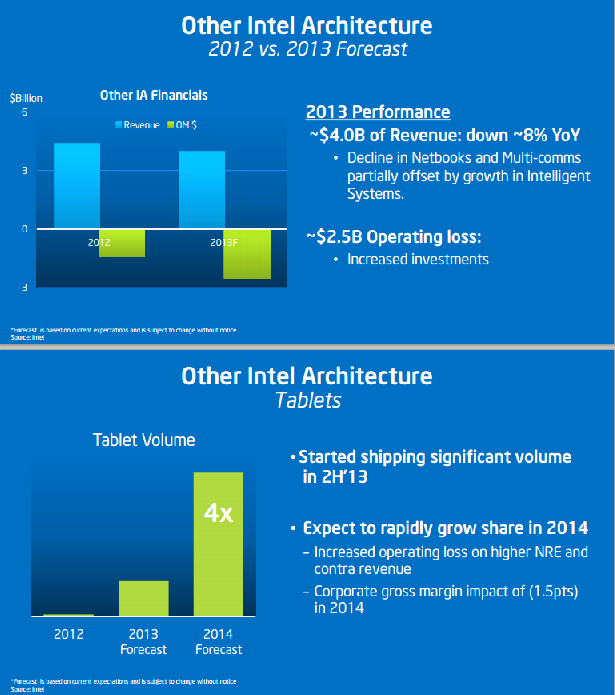 Intel grossly underestimated tablets
While Apple and Samsung have been raking in the dough from tablets, and while Qualcomm has been putting out some pretty spectacular mobile silicon that Google and Amazon have been putting to good use, Intel likely didn't invest as heavily as it should have under the false premise that the tablet market would be much smaller than it turned out to be, as shown here: 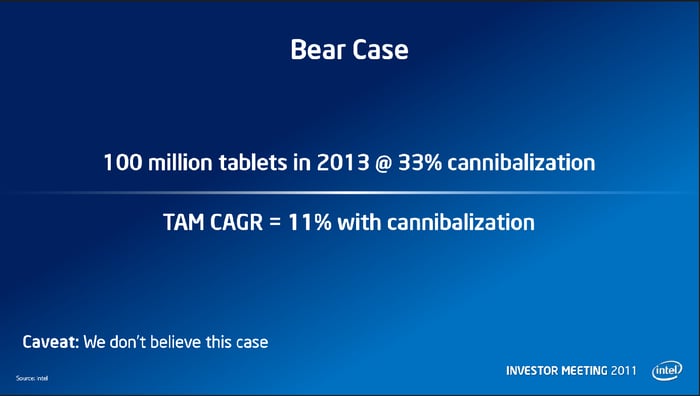 Intel's worst case scenario was that tablets would be a 100 million-unit market by 2013. But the reality was that tablets topped 200 million units in 2013 and are set to out-ship PCs by either 2014 or 2015. It is now clear that Intel did not invest at the correct level until recently because it did not expect the tablet market to be as significant as it turned out to be.

Conclusion
The price that Intel shareholders will pay for this miscalculation is a 2014 with no revenue growth and a negative impact to gross margin as a result of aggressive contra-revenue needed to enable mass adoption of Bay Trail in low-end and mainstream tablets. Bay Trail was designed for high-end tablets and low-end notebooks.

Intel will eventually weather this storm, but it's certainly not going to be a pleasant wait, as Intel's competitors continue to make meaningful inroads.

1 Top Growth Stock Down 60% to Buy Before It Soars