Please ensure Javascript is enabled for purposes of website accessibility
Log In Help Join The Motley Fool
Free Article Join Over 1 Million Premium Members And Get More In-Depth Stock Guidance and Research
By Jessica Alling - Feb 6, 2014 at 7:00AM

Though the results for The Hartford's fourth quarter operations were a solid finish to a successful year, investors took a big step away from the insurer. Should they reconsider?

No one likes to be disappointed during earnings season. But for investors in The Hartford (HIG -0.34%), this week's results may not have been the spark that ignited a big sell-off. 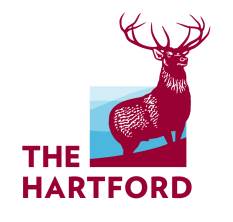 Finishing strong
The fourth quarter results reported by The Hartford were nothing less than solid. Not only was new business up for most segments, retention rates stayed at high levels, even with increased premium rates. All of this helped boost the bottom line 26% for the full year 2013 -- $1.74 billion versus $1.39 billion in 2012.

Largely supported by its commercial Property and Casualty division, The Hartford saw revenues growing 43% in P&C and 56% in Group benefits. Commercial P&C premiums enjoyed a sixth consecutive quarter of 8% rate increases, while maintaining an 80% average for retention. New revenue in small and middle market policies was up 13% for the quarter. The small business segment is the strongest in terms of combined rate hikes and retention, with small commercial auto policies experiencing an 11% rate increase.

Jettisoning baggage
One of the biggest drags for The Hartford is its Talcott Resolution segment, which includes its variable annuity operations, as well as other non-core segments. The insurer has had a great deal of success during 2013 reducing the overall exposure to its VA accounts, with the Japanese and US portfolios decreasing policy counts by 26% and 14%, respectively. The Hartford also sold off its UK variable annuities company to a Berkshire Hathaway (BRK.B -0.82%) subsidiary during Dec. 2013, further reducing its exposure.

The future for the Talcott Resolution segment has a positive outlook. With 88% and 76% of US and Japanese accounts, respectively, beyond the surrender charge period, there is a higher probability that the insurer can induce more surrenders through its Enhances Surrender Value program.

Like many of the other insurers looking to get out the the variable annuities business, The Hartford has been offering attractive opportunities for customers to exit their accounts, allowing the reduction of future risk for the company. So far, The Hartford is reporting a 38% acceptance rate of its ESV program.

Foreshadowing
So if the company reported such good results for the fourth quarter and full year 2013, why were investors so unimpressed? The answer hinges on the additional info that The Hartford shared -- its 2014 outlook. Though it's not unusual for a company to provide a glimpse into its expectations for the coming year, doing so can bite them in the butt. This may be precisely what happened to The Hartford on Monday.

The insurer pronounced its expectations for 2014 to be slightly better than the full year 2013, with the top range for earnings hitting the $1.75 billion mark. Though this is a 7% improvement from 2013, it came as a slight disappointment for investors who continue to look for sustained growth from the insurance sector.

One of the biggest factors that investors need to keep in mind is the very favorable conditions that insurers experienced in 2013. As we saw in the Traveler's earnings report, catastrophic losses were almost non-existent compared to 2012, thanks to the absence of a large catastrophic storm like Hurricane Sandy.

With The Hartford's expectations, the insurer was being rather conservative. Though it has made strides with revenue growth and expense savings, the realization that catastrophic events are unpredictable reigned in any big optimistic statements. The insurer has estimated a total of $350 million in catastrophic losses for the full year 2014, so if that level is unmet investors will have something to celebrate next time around.

Think long and hard
While earnings season is an exciting time to be an investor, it can also be a very troubling time. With so much information flying about, it can be easy to follow the crowd out of a worthwhile investment. Case in point: The Hartford. By taking a deeper look at why investors may have scurried away, you can see that there is still a great deal of opportunity for the insurer. Though the initial drop from the reaction to Monday's earnings report may look scary, it actually provided keen investors with an opportunity -- the drop brought the share price below book value, giving new shareholders an immediate upside.