The second-place social network doesn't deserve investor optimism if it can't do a better job managing its money.

Twitter (TWTR) investors may now understand why "second place is often just the first loser," according to the adage often attributed to Dale Earnhardt Sr. The second-largest social network's stock fell through the floor in after-hours trading last night as the market digested Twitter's fourth-quarter earnings, which were actually better than projected, and its latest user statistics, which were weaker than expected.

Twitter's fourth-quarter earnings report showed revenue of $242.7 million and adjusted earnings of $0.02 per share, better than the loss of $0.02 per share on $217.8 million in revenue that Wall Street had expected. That wasn't what investors keyed on, though: Twitter's user growth, which is so important to its long-term future as a legitimate Facebook (META 7.89%) competitor, appears to be slowing down in a big way. Its tally of global monthly active users (MAUs) grew by only nine million, and MAUs in the United States only increased by one million: 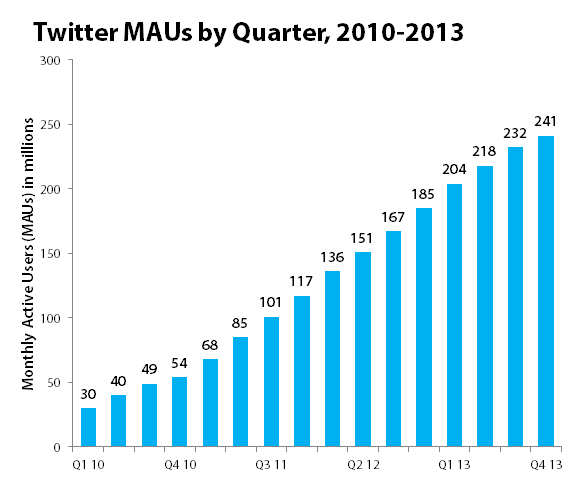 The last thing you should want to see on Twitter's earnings reports as an investor is slowing growth, especially when Twitter trails so far behind Facebook. Keep in mind that Facebook actually added 41 million new MAUs in its latest quarter to a tally that already included almost 1.2 billion people.

But Twitter did manage to beat expectations in financial terms, which should be somewhat of a positive. Still, that might not be such a great starting point, either, as unlike Facebook, Twitter has yet to generate either a GAAP profit or positive free cash flow: 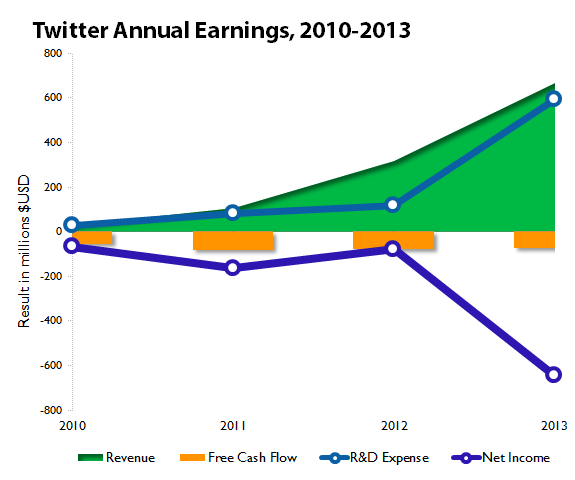 Part of the reason why Twitter has such a hard time getting to profitability is because it spends everything on R&D. Now, this might not be a bad thing if the company was investing in its future through exciting new products and technologies -- but what products and technologies would those be? Facebook's never spent much more than a quarter of its revenue on R&D in any given year. In fact, Twitter's reported annual R&D expense of $594 million is 42% of what Facebook spent on R&D last year, but Facebook generated nearly 12 times Twitter's revenue. Can you name a single interesting or notable new thing that Twitter rolled out last year? Tweaking the way the website works doesn't count. You could have built a new Obamacare website from the ground up with the money Twitter spent on R&D last year.

Here are a few other data points from Twitter's earnings and its forward guidance, with Facebook's numbers for comparison:

If this doesn't drive home the point that second place is just the first loser when it comes to social networks, maybe this graph will help: 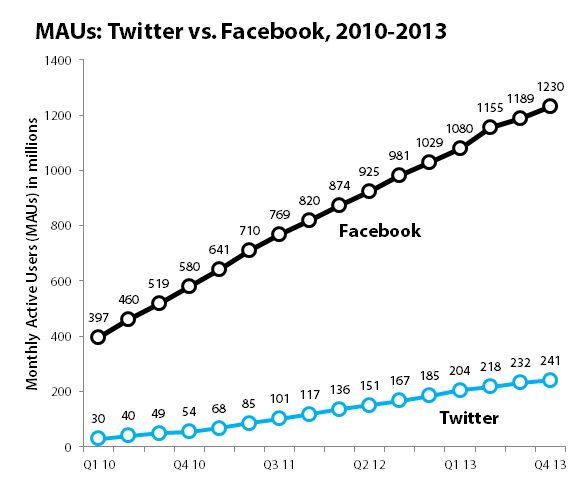