CVS´s decision to sop selling tobacco may have negative financial implications in the short term, but it's still the right thing to do, both for customers and investors. 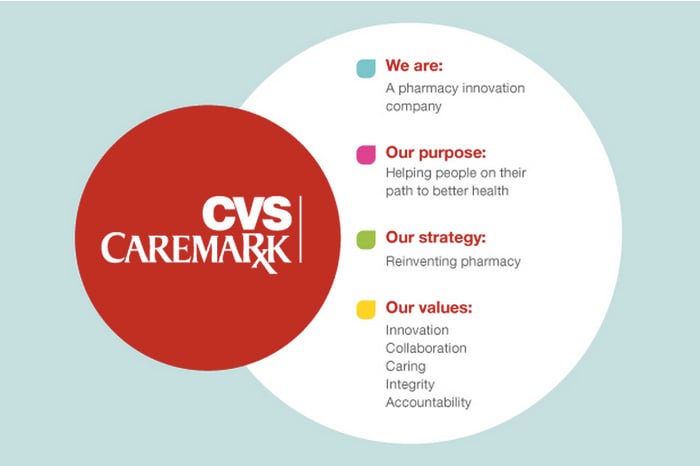 CVS (CVS 2.51%) has recently announced that it will stop selling tobacco in its U.S. stores, and the decision is generating a lot of debate. Is tobacco qualitatively different from alcohol or high-calorie food? Is CVS making the right decision from an investor's point of view?

What a cigarette really is
CVS will continue selling other products that aren't exactly good for consumers' health, like alcoholic drinks and high-calorie food, and this has generated some criticism from those who believe that a cigarette is not necessarily very different from a can of beer or a bag of chips.

There are some important aspects to consider, though. Unlike an occasional beer or a bag of chips, or even both of them together, cigarettes are not only horrendously damaging to our health, but also highly addictive -- perhaps even as addictive as heavy illegal drugs, according to the American Heart Association: "Pharmacologic and behavioral characteristics that determine tobacco addiction are similar to those that determine addiction to drugs such as heroin and cocaine."

Alcohol can be very destructive for many people, and certain theories say that some people may be developing addictions to particular foods, but that's clearly not the case for most consumers. The addictive nature of tobacco makes a big difference when it comes to considering its potential for health damage over the years.

Short-term costs
CVS expects the decision to cost nearly $2 billion in lost annual sales and $0.17 in earnings per share per year. For 2014, since the measure will be implemented in October, the cost to earnings is calculated to be in the range of $0.06 to $0.09 per share. Wall Street analysts are estimating that the company will gain around $4.47 per share during the year, so the move won't have a dramatic impact, but it will have one.

Besides, the indirect impact could be hard to measure. People tend to purchase different items while they're at the store buying their smokes, so competitors such as Walgreen (WBA 3.28%) and Rite-Aid (RAD -1.62%) could gain market share by attracting customers who prefer to buy their cigarettes and other products all in the same place.

Dollar General (DG 3.00%) can be an important example to consider. The company started selling tobacco in 2013, and it's having material positive impact on revenues. According to the company, the number of customers buying more than just cigarettes has been rapidly growing, while cigarette-only purchases are declining. This means that Dollar General is effectively converting cigarette buyers into valuable clients.

Long-term strategy
On the other hand, even if CVS could lose some sales and market share versus Walgreen and Rite-Aid in the short term, the company is making the right decision in terms of its long-term strategic focus. The company is transforming itself from a simple drugstore to an integrated health-care provider, and this means having to close some doors so others will open.

CVS is planning to expand its MinuteClinic facilities from 800 to 1,500 by 2017, a business that has promising long-term possibilities because of rising health-care demand in the coming years. As pharmacies move into the treatment arena, removing tobacco products from their shelves sounds like an appropriate and coherent decision.

Unlike Walgreen and Rite-Aid, CVS is not only a drugstore chain but also a pharmacy benefit manager, so the company could benefit materially from building stronger relationships with hospitals, insurers, and physician groups.

If CVS can manage to extract higher cost savings and provide better care to patients, the decision to stop selling cigarettes could actually produce market share gains for the company versus rivals such as Walgreen and Rite-Aid over the years.

At the end of the day, tobacco is a decaying industry, while health care is benefiting from strong secular tailwinds as a result of demographic trends, technological innovation in treatments and drugs, and increased health-care insurance coverage.

CVS is letting go of the past to embrace the future, and that should be a positive decision from financial perspective over the long term.

Bottom line
Quitting smoking requires a long term focus: You need to make a considerable effort in the short term, but the benefits from such decision can be enormous and long-lasting. CVS's decision to stop selling tobacco can have a negative financial impact in the coming quarters, but it's still the right thing to do when considering the long term implications, both for clients and investors.

Andrés Cardenal and The Motley Fool have no position in any of the stocks mentioned. Try any of our Foolish newsletter services free for 30 days. We Fools don't all hold the same opinions, but we all believe that considering a diverse range of insights makes us better investors. The Motley Fool has a disclosure policy.