More of the home-selling population thinks that now is a good time to sell, but consider these things first. 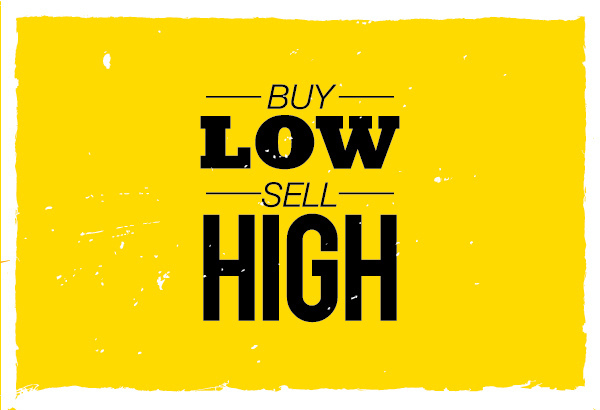 With the housing market on an upswing, is now the right time to put your house on the market?

A recent survey by Redfin found 38% of home sellers believe now is a good time to sell, up from 34% last quarter and an enormous improvement from 22% in the fourth quarter of last year.

It is no secret that a lot of homeowners who want to sell their homes have been waiting (for several years in some cases) for a better housing market before listing their house.  Mortgage rates are relatively low, inventories are at their lowest level in years, and confidence in the housing market is the highest it's been since before the mortgage crisis.

Sounds like you should consider selling, right? The short answer is "maybe", but there are several factors to consider in determining whether it is the right time to sell for you.

Location: What's going on in your local market?
Before deciding to put your home on the market, it is very important to contact a local realtor (or a few) in order to see what's happening where you live.

Maybe smaller homes are selling but larger, more expensive homes are sitting on the market for six months or more.  Maybe there is a high amount of inventory of homes like yours on the market, which generally creates more pressure to lower the asking price. In many coastal areas, markets are at a standstill due to the ongoing drama regarding flood insurance.

On the other hand, maybe your particular type of home is very popular in the area you live in.  Maybe condos are in high demand where you live.  Maybe a new large employer opened up and homes nearby are in high demand.

The point is there is a tremendous variety of real estate markets in the United States, and there is no way to determine the level of demand for a particular property just by looking at national statistics.

Mortgage rates
Believe it or not, mortgage rates haven't really played a big role in the decision to sell or not.  Of those home sellers that were surveyed, only 11% said that mortgage rates were a big factor in their decision, and 48% said it was not a factor at all.

However, home buyers may disagree. According to the latest data from the Mortgage Bankers Association, purchase applications (mortgage applications excluding refinancings) are 17% lower than they were a year ago, when the average 30-year mortgage rate was around 3.5%.  The MBA's survey puts the average rate at 4.47% as of last week.

If more people decide to sell their homes and less people decide to buy, as has been the trend in recent months, we may see a buildup of inventory which would make homes tougher to sell and would probably cause prices to fall a bit.

One potential bright spot in regards to mortgage rates: the recent sell-off in the stock market has caused rates to pull back a bit.  Even if the 3.5% rates that we saw over the last couple of years are a thing of the past, a small dip in rates would be a nice change, considering that most experts were predicting a drift toward a 5% 30-year average rate.

Should you sell or wait for brighter days?
The main takeaway from this discussion should be the decision to sell should not be based on any one thing, especially a national survey. It is very important to speak with several realtors to get a feel for what's going on in your area, and to keep an eye on what comparable properties near you are selling for.

As far as mortgage rates are concerned, it certainly doesn't look like a bad idea to wait and see rates tick down a bit, but it may not matter too much.  The difference in a mortgage payment between 4.5% and 4.3% rates is not very significant and the survey respondents are probably right that it shouldn't play a big part in your decision.