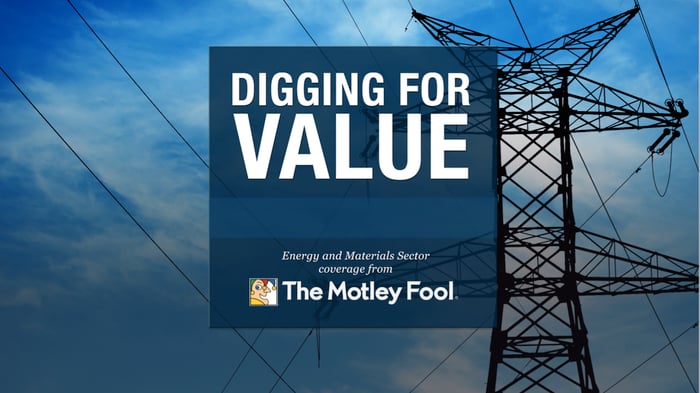 Suncor Energy (SU -0.92%) is one of the cheapest integrated oil companies today, as lack of pipeline capacity is keeping bitumen prices low compared to other worldwide crude benchmarks. The Canadian giant also missed analyst estimates this past quarter, but investors need to focus on the firms oil sands production, which increased by 18% year over year in the fourth quarter of 2013. Suncor's integrated model is also adding significant value as oil sands crude is moved to by rail to the East Coast, as pipeline companies continue to cut through red tape in both the United States and Canada.

Stamping out OPEC
Imagine a company that rents a very specific and valuable piece of machinery for $41,000 per hour. (That's almost as much as the average American makes in a year!) And Warren Buffett is so confident in this company's can't-live-without-it business model, he just loaded up on 8.8 million shares. An exclusive, brand-new Motley Fool report reveals the company we're calling OPEC's Worst Nightmare. Just click here to uncover the name of this industry-leading stock... and join Buffett in his quest for a veritable landslide of profits!

This segment is from Thursday's edition of Digging for Value, in which sector analysts Joel South and Taylor Muckerman discuss energy and materials news with host Alison Southwick. The twice-weekly show can be viewed on Tuesdays and Thursdays. It can also be found on Twitter, along with our extended coverage of the energy & materials sectors @TMFEnergy.

Alison Southwick, Joel South, Taylor Muckerman, and The Motley Fool have no position in any of the stocks mentioned. We Fools don't all hold the same opinions, but we all believe that considering a diverse range of insights makes us better investors. The Motley Fool has a disclosure policy.