Please ensure Javascript is enabled for purposes of website accessibility
Log In Help Join The Motley Fool
Free Article Join Over 1 Million Premium Members And Get More In-Depth Stock Guidance and Research
By Brett Gold – Feb 10, 2014 at 10:59AM

It was a banner weekend at the box office for Warner Brothers thanks to the debut of "The Lego Movie," which set two new records.

After three straight weeks of Universal's Ride Along cruising to a box office win, a trio of new films descended on theaters and made their mark. But one had a larger impact than the others. 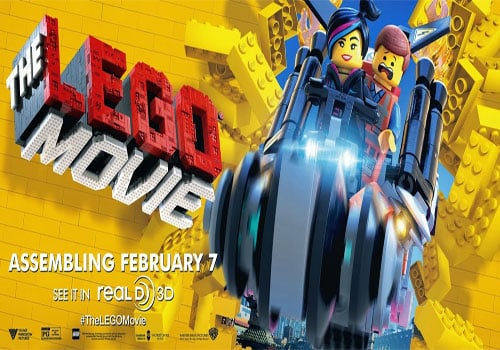 The analysis
Legos rule! That's the message audiences sent loud and clear this weekend as Warner Brothers The Lego Movie dominated the box office with an estimated total take of $69.1 million. This was a major win for the studio that broke two impressive records.

The Lego Movie is now the studio's best February opener ever and gave Warner Brothers its most successful animated opening of all time. It topped Happy Feet, which earned $41.5 million in 2006.

The movie had been picking up buzz and it all came to a head when it scored around $18 million on its opening day. It's also expected to continue its good fortune as the next big children's movie isn't until the DreamWorks Animation flick Mr. Peabody & Sherman opens on March 7.

The future
The list of movies Warner Brothers has opening in 2014 is impressive and includes everything from the final Hobbit film to the big-screen adaptation of Tony-winning musical Jersey Boys. Having The Lego Movie dominate the way it did puts the studio in a position for a monster year.

The line
The Monuments Men from Columbia Pictures and Sony (SONY 0.84%)

The analysis
Despite less than stellar reviews, The Monuments Men had a very nice weekend. What was referred to as a World War II era edition of Ocean's Eleven will see an estimated $22.7 million over three days. Just as analysts are now aware you can't underestimate the power of Legos, critics are learning you can't underestimate the power of George Clooney.

The insanely charismatic star was everywhere this week, along with his talented friends and co-stars Matt Damon, Bill Murray, and John Goodman. Moved from the end of 2013 in order to give producers more time to complete the film (and avoid the 2013 awards race completely), the decision paid off.

The future
Sony/Columbia has a busy February with three releases, including the reboot of RoboCop and the Valentine's Day rom-com About Last Night. Still that pales in comparison to the studio's summer slate, which presently has a total of seven films. The Amazing Spider-Man 2 kicks it all off this May.

The Monuments Men had a solid opening and was great counter-programming to The Lego Movie. All in all, it was a good start to the year for the studio.

The line
Vampire Academy from The Weinstein Company

The analysis
This was a disappointment, but one that wasn't entirely surprising. The teen targeted flick was originally scheduled to debut next week, but the studio wisely moved it up to avoid going head to head with RoboCop and a trio of Valentines Day flicks. It wasn't that heavily promoted and many weren't sure what it was about, which led to the low numbers.

The future
This is a blip on the radar for the studio and won't have a significant impact on its bottom line. The company prides itself on being a yearly award contender and that should continue to be the case in 2014.

As per custom, the studio has continued to make high-profile purchases at the various top film festivals and also held back one or two of its buzzier releases from last year's slate to bolster its overall roster. They have the experience and award season savvy (and track record) that an off week for one its more wide appeal releases will quickly be an afterthought.

While it may not have that many releases at the moment, that won't be the case for long. If one studio knows how to properly schedule and space out films, it's this one.