The industry is hot, but its also full of pretenders. Find out who's for real and worth investing in.

The organic industry is getting crowded. Where once names of small, independent retailers dominated the scene, some of the world's largest and most powerful corporations are now doing all they can to get a piece of the action.

Even though sales of organic goods have grown by an astounding 16% for more than a decade, they still make up less than 5% of all money spent on food purchases in the United States. Clearly, a lot of different companies will be battling it out to provide our meals for the next century.

To get an idea of just how many companies are trying to get in on the action, take a look at the biggest industry players, with their leading natural/organic brand names. Read to the end to find out which two companies I believe have the greatest potential to benefit from this seismic shift.

Thinning out the field
In search of the companies and stocks that stand to benefit the most from feeding the country's growing diet, there are three specific traits that I'm looking for. The first of those traits is that the company has to have had an organic/natural food focus from the get-go.

Obviously, this eliminates some of the biggest names from our list: Coke, Pepsi, General Mills, Kellogg, Tyson, and even WhiteWave -- which has a healthy focus, but was spun out of Dean Foods last year.

This isn't to say that these companies represent bad investments. Rather, our goal here is to narrow down which companies stand to benefit the most from the ongoing shift to healthier foods. Though these big players have shown the ability and desire to snatch up companies focusing on the sector, they still represent a small part of the overall revenue base, and as they grow, some of the legacy (i.e., less healthy) product lines may suffer.

Do they get it?
The second area to investigate is whether or not these companies really understand the consumer mind-set that has led to this burgeoning shift. It's easy to see a trend toward healthier foods and decide it's an industry you should enter; it's another thing entirely to grasp the underlying reasons for the change, and use that to your advantage.

Though this is admittedly a rather "soft" variable, there are a couple of easy ways to dig into this idea. For instance, let's dig into who founded and runs these companies:

I will openly admit that I have a propensity for companies that have their founders in the CEO role, which means that both Hain and Boulder pass this test. I'm going to give SunOpta a thumbs-up as well, especially because of the breadth of Kendall's eco-friendly initiatives. And though it struck me as odd that Annie's CEO John Foraker started at Bank of America, his history since leaving the financial giant shows he understands the organic industry and its customers.

Are they solid businesses?
Though it's nice for a company to be able to connect with core organic/natural food customers, that alone isn't enough to make it a great investment. The company needs to show that it has a large addressable market, and a history of efficiently meeting the needs of that market.

This is where we bid farewell to Boulder Brands. The company, formerly known as Smart Balance, made its name in heart-healthy butter, and tried to branch out into milk a few years back. That attempt was largely disappointing, and though the company could easily still be a good investment, its inability to read the market gets it kicked off this list.

Canada-based SunOpta is also getting the ax here. Just after the financial crisis, the company went on a buying spree in disparate industries like renewable energy and minerals. I'm not a huge fan of growth by acquisition anyway, but acquiring in nonrelated fields really scares me off. The company is actually looking to exit its noncore businesses, but the decision alone to pursue this path leaves me wary.

The last two companies, on the other hand, pass the test for being great investments to feed the next generation natural and organic food products. Hain has taken the route of serial acquirer, which as I said, can be a risky bet. But founder Irwin Simon has shown that he can pull off the feat, and the stock currently trades for an fair, if slightly expensive, 32 times earnings. 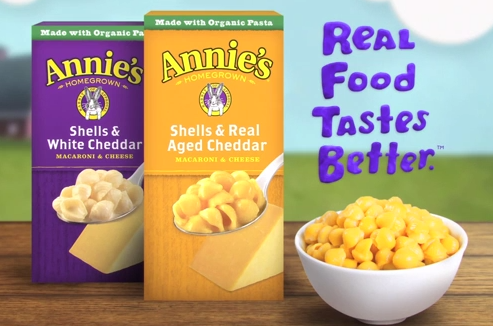 Annie's is taking a different approach, looking to grow via its line of 135 organic products. Its foray into frozen organic products also seems to be resonating with customers.

Over the past year, revenue has grown by 21%, while earnings came in a bit lighter -- with 17% growth -- as the company focuses on growing capacity. Investors should be aware, however, that while Annie's is pursuing a solid growth strategy, its stock trades for 55 times earnings.