After selling Patch.com, could Huffington Post be next on AOL's chopping block?

AOL may sell Huffington Post if it does not turn a profit this year, like it sold off controlling interest in Patch local-news business.

AOL's Brand Group competitively positioned itself among digital media powerhouses Google, Yahoo!, and privately held MSN, a part of Microsoft, when it purchased Huffington Post for $315 million in February 2011.

However, Huffington Post has fallen short of AOL Chief Executive Tim Armstrong's projections, in spite of its growth since the merger. Despite its audience growing to 85 million in October, up from 25 million at the time of acquisition, Armstrong reported Huffington Post netted $66 million in operating profit on $165 million in revenue, according to Rueters' Jennifer Saba.

AOL vs. the digital media industry 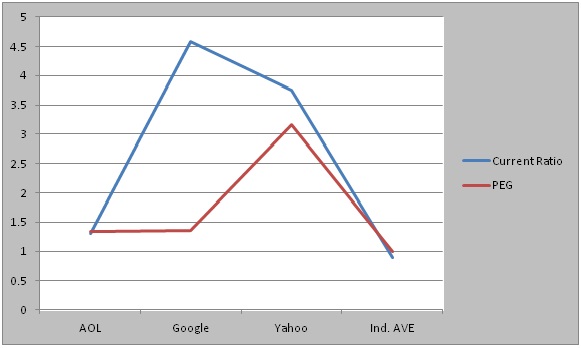 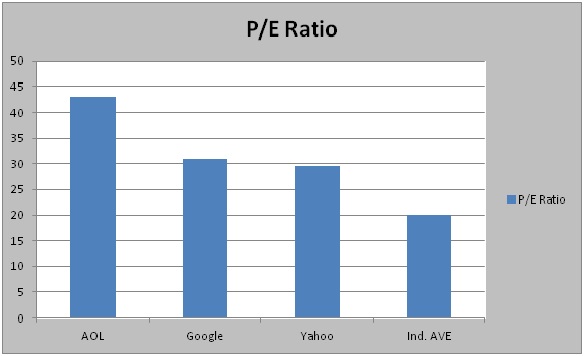 The Brand Group (AOL's digital media arm, which includes TechCrunch, MapQuest, and the Huffington Post) are clear underdogs in the digital media industry. However, the digital media arm is holding its own in an industry that features the second (MSN's parent company, Microsoft) and fifth (Google) most valuable brands in the world, according to Forbes Magazine.

The numbers tell a similar story:

A stock's PEG ratio gives an investor an apples-to-apples comparison of two companies that would be a ludicrous assessment (like AOL and Google). However, PEG ratio gives a more clear understanding of a stock's value in conjunction with the competition's P/E ratio. A stock with PEG ratio above one suggests the market expects the stock to grow higher than expected, or share demand overvalues the stock, while a PEG ratio below one suggests the market underestimates its growth and is undervalued, or analysts' consensus estimates are set low.

AOL: by the numbers 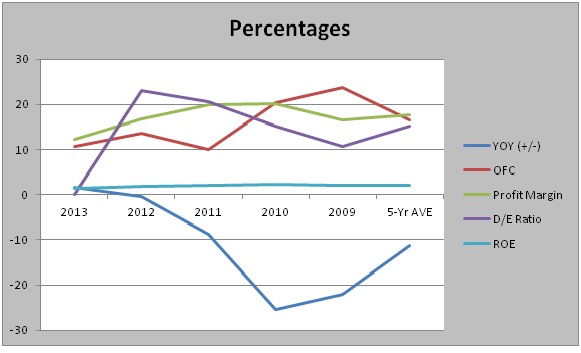 Consumer confidence in Huffington Post contributed to AOL's positive revenue growth four of the last five quarters through Q4, at 3.75%. This trend bodes well for AOL, considering its subscription revenue, which was the backbone of its revenue for years, has been in decline in recent years.

AOL should have cash on hand to reinvest in its business, considering its free cash flow grew 10.7% through Q3, and its FCF has been growing at a 16.6% rate over the past four years.

Analysis of AOL's profit margin suggests it should continue to grow at its five-year average of 17.8%. Its decision to cut ties with unprofitable commodities like Patch.com are positive signs that the company is streamlining operations.

AOL's low debt-to-equity ratio could scare off investors at first glance, but, its low ratio is not as scary considering the aggressiveness with which AOL has paid its debts (a $37.36 million average over the past five years).

Furthermore, AOL took on more debt through the three reported quarters in FY 2013 than the previous three fiscal years combined. Expect AOL's debt-to-equity ratio to land somewhere in the ballpark of its 0.15 five-year average when it files its 2013 10-K report.

AOL's 1.33% return on equity implies that it may be a bad long-term investment. You can get better returns from a run of the mill savings account or certificate of deposit from your local bank.

Conclusion
AOL reinvented its brand with its Huffington Post acquisition. As a result, AOL appears to be coming out the other end of a long and arduous transition, with revenue growth for the first time in five years. In addition, AOL is on track to have double-digit growth in FCF and profit margins.

Reasons to consider investing in AOL are its low debt-to-equity ratio and ROE. Therefore, I recommend holding AOL until it show signs of improving in those areas.

It is always advisable to do your own research prior to making any investment decisions.

Why Kingsoft Cloud Holdings Stock Was Vaulting Higher This Week