Please ensure Javascript is enabled for purposes of website accessibility
Log In Help Join The Motley Fool
Free Article Join Over 1 Million Premium Members And Get More In-Depth Stock Guidance and Research
By Kells Hetherington – Feb 11, 2014 at 9:24AM

The green energy revolution in America is all well and good, so long as the electric power can get to market -- right now that's not always possible. Some wind turbines are running at reduced capacity because the electric transmission grid is not large enough to transport all the power produced. The problem is serious right now and is about to get far worse as states mandate more renewable energy.

California, for example, will require "33% of the electric power sold in the state to be generated by renewable energy resources by 2020," explains the University of Minnesota research report. Furthermore, under California law, only Renewable Energy Credits "bundled" with the electric power will be accepted, reports Environmental Law. This means California electric utilities will need to import large amounts of green power. Problem is, there simply does not exist the necessary transmission capacity to do this.

The Oregon irony
You would think a state like Oregon, which is one of the best wind resources in the United States — the Dakotas and Texas and parts of Iowa and Wyoming are better, but Oregon is an excellent resource nonetheless — would use its wind-generated power in state, but such is not the case. "Oregon has exported approximately half of its wind power to California since 1998," according to the University of Minnesota analysis.

As of May 2011, Oregon had 2,104 MW of wind power online, ranking it 7th in the nation, and deriving a proportional 7.1% of its electricity from wind. In 2007, Oregon required its largest electric utilities (PacifiCorp, Portland General Electric, and the Eugene Water and Electric Board) to ensure 5% of its retail electricity was renewable by 2011, and Oregon has met this standard. The requirement increases to 15 percent by 2015, 20 percent by 2020, and 25 percent by 2025.

But ironically, even with such a green energy plan laid, "Oregon imports much of its electricity from Montana and Wyoming coal-fired power plants." 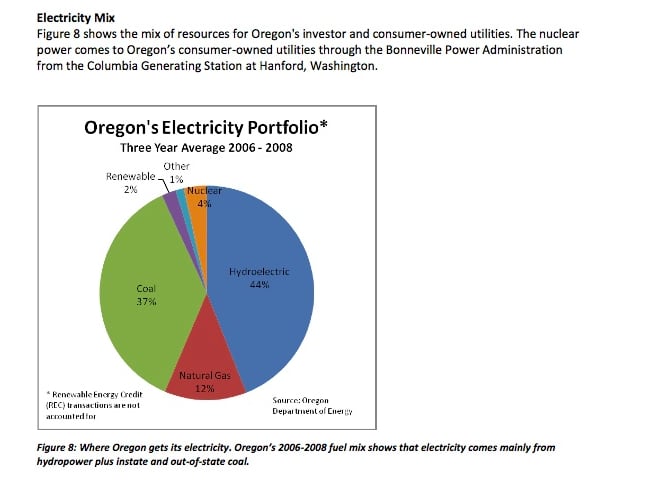 Individual states demanding so much green energy has created the need for more and more ugly, high-voltage transmission lines in order to constantly reshuffle all the electricity around to where it will be most appreciated. But don't let that stop you from making money.

Duke Energy, in partnership with privately held American Transmission Co. (ATC), is developing the Zephyr Power Transmission Project. The 3,000 MW, 1,100 mile line will move wind-generated electric power from Wyoming to just south of Las Vegas, closer to the California border. The line is slated to be in service by 2017. Wisconsin Energy has a 25% ownership stake in ATC. 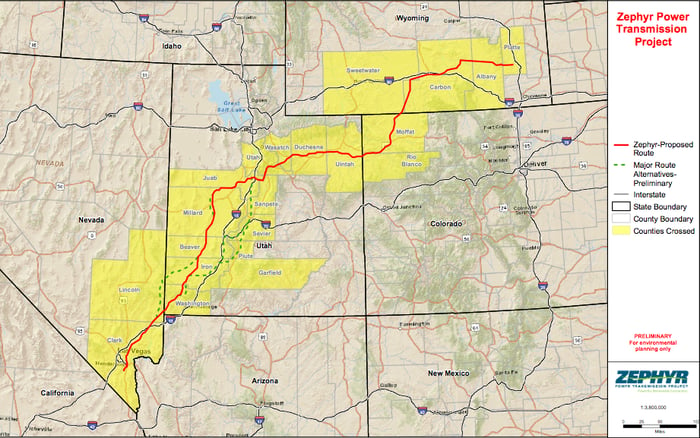 Portland General Electric is an integrated utility based in Oregon. The company purchases large amounts of electric power from coal-fired power plants in Montana and Wyoming, and the company is an investment partner in several transmission line projects.

The greatest threat
Oil and gas production in the United States is hitting record highs, sending the price of natural gas tumbling. Some analysts are forecasting depressed gas prices for generations to come. If true, bargain gas prices could put pressure on legislators to roll back requirements for the use of more expensive renewable energy, and render useless the massive, high-voltage lines now under construction.