The two dominant operating systems keep getting more powerful. Can anyone challenge Apple and Google? 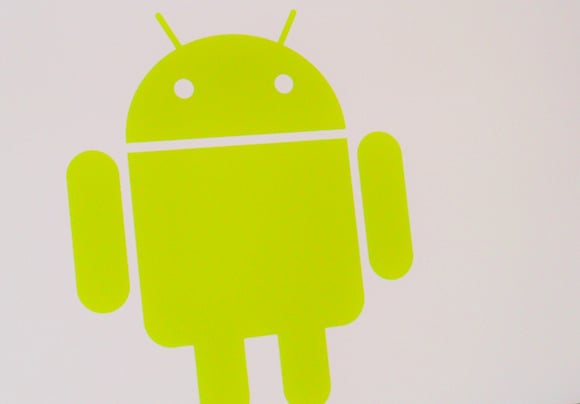 This story originally written by Matt Rosoff at CITEworld. Sign up for our free newsletter here.

If there was any doubt, the latest smartphone market share numbers from IDC make it crystal clear that it's a two-horse race. IT and developers should plan accordingly and ignore all talk of third platforms for the time being.

Most of the takeaway comes from BlackBerry (BB 0.83%) and from "other" platforms, such as Symbian. But the outlook also looks bleak for Microsoft's (MSFT -0.59%) Windows Phone. Absolute shipments nearly doubled from 17.5 million to 33.4 million between 2012 and 2013. That's nice. But the overall smartphone market is growing so fast, that only amounted to a slight gain in market share, from 2.4% to 3.3%.

No, market share does not equal installed base, which is what really matters for developers and IT departments trying to figure out which platforms to embrace and support. But the market share of the two leaders has been over 90% for nearly two years, and continues to grow. This growing duopoly means that third platforms will struggle mightily to build the kind of ecosystem that will draw users.

Tell me again how Microsoft would be crazy to abandon Windows Phone? More seriously, how long should Microsoft stay at this, and how much money they should invest in it, to what end goal? 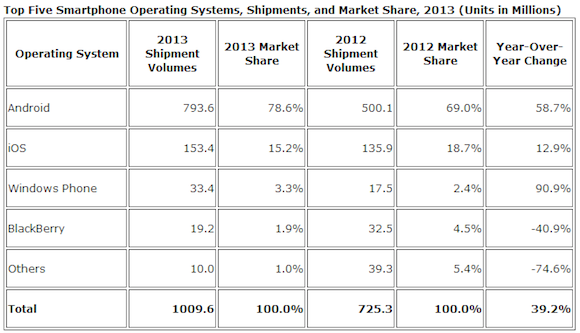 And here's how the holiday season looked in each of the last two years: 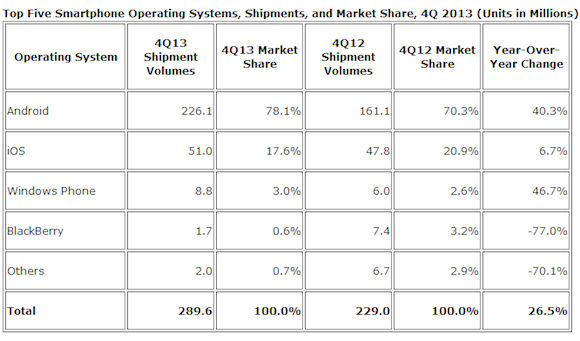 More advice from The Motley Fool

The Motley Fool recommends Apple and Google. The Motley Fool owns shares of Apple, Google, and Microsoft. We Fools may not all hold the same opinions, but we all believe that considering a diverse range of insights makes us better investors. The Motley Fool has a disclosure policy.