From new takes on old technologies to cutting-edge innovations such as robotic surgery and bioprinting, these trends are revolutionizing the future of med tech.

Top medical device stocks steamed through 2013 and the market rally with flying colors, but it is innovation that will power the success of this industry in the future for investors. As established tech products such as defibrillators and pacemakers see sales fall off or struggle to gain growth, new technologies have ignited a spark in up-and-coming companies.

From well-known fields such as robotic surgery, led by the powerhouse Intuitive Surgical (ISRG -0.52%), to 3-D printing and other under-the-radar rising pushes in medical tech from old and new companies alike, let's check out three of the most innovative trends in the device industry.

Old dogs, new tricks
It's not just brand-new techniques that are taking the med tech sector by storm. Some of the industry's greatest innovations in recent years have come through products introducing innovative new ways for longstanding procedures. 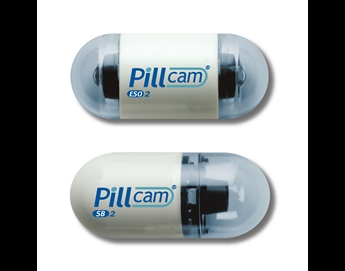 Take Given Imaging's (NASDAQ: GIVN) unique PillCam, its novel pill-shaped camera series for traditional procedures such as colonoscopies that allows patients simply to swallow the device rather than endure traditional tube-based scoping. Given scored FDA approval for the PillCam Colon earlier this month. The Associated Press reported that about 750,000 American patients can't finish traditional colonoscopies every year, so this innovative device fills an important niche in the U.S. health care landscape. It has also been a boon for investors: Given's stock climbed more than 85% over the past year, a rise capped off by the company's acquisition -- expected to close by the end of February -- by cardiovascular device leader Covidien.

It's not just small companies that are revolutionizing traditional medical procedures, either. Abbott Labs (ABT 0.55%), one of the biggest device makers in the business, has long been a dominant player in the stent industry. Abbott is knocking down the status quo with its new Absorb bioresorbable stent, a coronary artery disease-treating product that dissolves inside a blood vessel when treatment is finished to improve safety. Abbott hasn't won U.S. approval for the device yet, but it has launched the device abroad. The Absorb's new take on an old treatment could be the product that cements Abbott's stenting dominance for years to come in a benefit to patients and investors alike.

Health care meets 3-D printing
Three-dimenstional printing is on the other side of the innovation spectrum. It's a new technology exciting investors across the markets, and it has found its way into health care via bioprinting of organs and other organic tissues.

Organovo Holdings (ONVO 3.66%) has taken the lead on the bioprinting front in the minds of investors. The company aims not only to print human cells for clinical trials and other study purposes, but also to one day implant cells for surgical and therapeutic uses. It's an ambitious goal that takes advantage of cutting-edge tech, and it has helped Organovo's stock more than double over the past year.

However, don't get caught up too quickly on Organovo's pop. The company did beat its own timeline in January by delivering 3-D-printed liver tissue to a key opinion leader, a major milestone after Organovo originally projected an April delivery. Still, Organovo is far from racking up significant sales, and investors will have to wait to see real financial performance until the end of this year at the earliest, when the company hopes to ink research deals with top health care entities. Organovo oozes with potential, but it's always a good idea for investors to exercise caution and a steady long-term approach.

The robot revolution
Organovo's aim is to develop bioprinting into a force to be reckoned with, and no cutting-edge industry has exemplified that sort of rise than robotic surgery.

Intuitive Surgical is the standard-bearer for health tech's innovative side in the wake of the thriving success of the company's da Vinci surgical robot. More than 2,500 da Vincis have been installed globally, according to Intuitive. Despite a tricky past year for the company's stock and a decline in system sales year over year in the fourth quarter, Intuitive still managed nearly 4% revenue growth in 2013 and more than 4.5% growth in full-year diluted earnings per share. That's nowhere near as good as the growth rates Intuitive investors became accustomed to in past years, but it's a sign that the company has grown its innovative edge to the point where it can weather tightening hospital budgets, concerns over effectiveness, and other challenges that have risen as of late.

Yet Intuitive is not the only upstart in this industry. Orthopedics robotic device maker MAKO Surgical may have tried investor patience during its up-and-down stock run, but the company ended on a high note with its September buyout by Stryker (SYK -1.29%) for more than $1.6 billion. Stryker is one of the biggest names in medical tech, and it is confident that MAKO's robotic surgery technology can deliver a new wave of innovation and cutting-edge leadership in the joint reconstruction industry. Stryker's confidence, along with Intuitive's success and the rise of other young robotics companies such as Accuray and Hansen Medical, shows just how far an innovative industry with promise can rise -- a lift that shareholders of Organovo and other developmental technologies hope to repeat in the future.

It's certainly worked out well for Intuitive shareholders who bought into the company early.

Industry-transforming potential
Not every innovative technology will succeed -- just look at the biotech industry for examples of the boom-or-bust potential of promising therapies. However, finding the right mix of potential and viability can be a gold mine rivaled by few other opportunities on the market for investors. Innovation is the key to progress in the medical device industry, and all three of these trends have the potential to revolutionize medical tech for the future. Invest with caution, but don't ignore what small and large med tech companies alike believe will transform the industry ahead.