The NBA All-Star Game is more than a basketball contest in 2014. It's a chance for the league to shine a national spotlight on what its future may look like.

The 2014 NBA All-Star Game is more than simply a contest between the best athletes in basketball. With each side wearing Adidas's (ADDYY -0.35%) sleeved jerseys, it's a chance for the league to showcase what the future may look like.

The new uniform style can boost a stagnant merchandise market, but there's something bigger at play here. Possibly even more important than Nick Cannon going head-to-head with Kevin Hart in the celebrity game.

The big picture
I'm talking about advertisements. More specifically, on-jersey advertisements. A run-of-the-mill, sleeveless NBA jersey has only one realistic sponsorship spot: the front chest. A sleeved version, though, has an extra space on each arm, with the added benefit of extra visibility on a broadcast.

Think about the last time you watched a basketball game. Were the players usually perpendicular to you, or facing you head-on? If you watched the game on TV, not at the arena -- something you're about 50 times more likely to do -- the answer is the former. When watching the All-Star Game this weekend, keep this in mind. Sleeved jerseys will be on display.

As I pointed out a few months ago, on-jersey ads can have a significant effect on the NBA's financial health. With more than $5 billion in annual revenue, the league is third among major North American sports in size, behind the NFL and MLB. 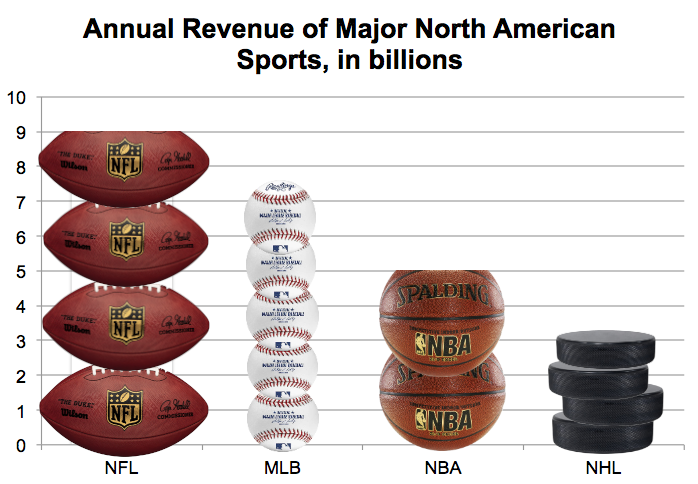 New commissioner Adam Silver has said in the past that there's potential for at least one two-by-two inch patch to appear on sleeved jerseys, and according to Deadspin, hypothetically, "each team will partner with its own sponsor, and the ad will appear not only in-game, but also on replica jerseys sold in stores."

Early guesses think ads can make the league an extra $100 million per year, but there's obvious upside to this estimate if multiple patches are added to each jersey, and the ads are larger than Silver projects. In a best-case scenario, revenue could foreseeably be boosted by about 10%.

The backlash
Besides fan opinion on sleeved jerseys -- some hate the non-traditional look, while others like how flattering they are to wear -- the wild card here is what the athletes think.

Superstars like LeBron James and Stephen Curry have voiced their disdain for the uniforms before, while others say it doesn't bother them. The main issue for some is how sleeves affect their jump shot, a problem Adidas has said shouldn't exist if the jerseys are fitted properly.

In a recent interview with USA Today, the company's head of global marketing, Chris Grancio, said the design "minimizes all the potential issues of playing in a T-shirt and allows for 100% free range of motion," adding that a "buffer between the sleeve and the jersey … takes all of the movement of the arm so the jersey doesn't tug or pull or ride."

Typically between $100 and $120 a pop, Adidas has said sales are beating estimates, but it hasn't provided specifics.

Looking into a crystal ball
Obviously, complete clairvoyance on an issue as complicated as this is impossible. It's clear the NBA is using high-profile events like the All-Star Game to feature its sleeved jerseys, but there's no way to know exactly what the long-term plan is.

Sponsorship expert Steve Smith of Bryan Cave told me that although the league might be hesitant to follow a similar marketing strategy as NASCAR, the amount of money to be made is tough to ignore. If Smith had to guess, he said, "there will be some limited form of jersey advertising in at least one [major North American] league over the next five to seven years."

Jim Andrews, meanwhile, a senior executive at sponsorship consulting firm IEG, revealed that from what he can tell, Silver hasn't discussed the issue in over a year due to "concerns about fan backlash." Like most, though, Andrews thinks the issue will probably arise again in the future, but an exact timeline is tough to predict.

With professional basketball sitting squarely behind baseball and football in the revenue column, it's worth having the conversation. Just as the All-Star celebrity game appeals to many non-basketball folks, sleeved jerseys provide a talking point for all types of fans, and -- more importantly -- they create another reason why some will tune in on Sunday.

Although the All-Star Game typically doesn't draw as many viewers as the NBA Finals, it's still a big enough spotlight for the league to give a glimpse into its crystal ball.

Why Did TaylorMade Sales Fall Off a Cliff?

Why Is Reebok Crazy About CrossFit?

Why Nike Barefoot Running Shoes Are Crushing the Competition

Which Companies Are Winning in the World Cup?
376%