After years of falling home sales and home prices, the U.S. housing market continued to rebound in a major way in 2013, as the median home sales price rose by almost 12%. And while the price narrowly trailed the levels seen in 2008, it still marked a major improvement over the depths of 2011. 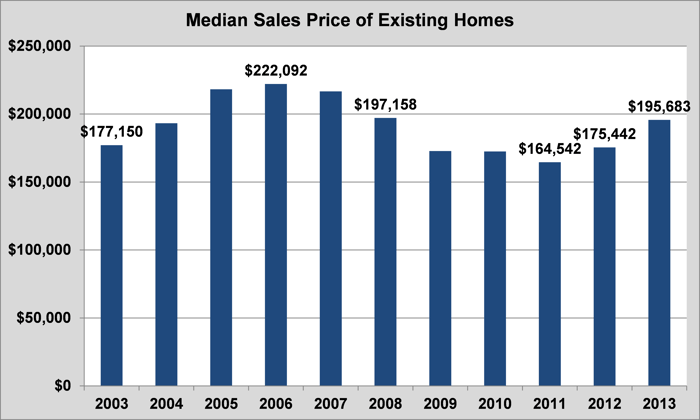 "The vast majority of homeowners have seen significant gains in equity over the past two years, which is helping the economy through increased consumer spending," noted the chief economist at the National Association of Realtors, Lawrence Yun.

He continued with a word of caution, adding; "home prices have been rising faster than incomes, while mortgage interest rates are above the record lows of a year ago. This is beginning to hamper housing affordability."

The rebound in prices was most noticeable in the ten cities in the slideshow below, where the average gain in housing prices over 2012 was 28.7%, with the leading city watching its median home price rise by almost 40%.