Use the weather to help your investment choices. 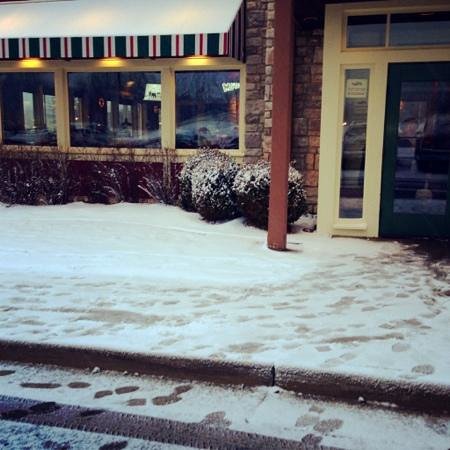 I'm starting to see a pattern. A weather pattern, that is. When Brinker International (EAT 1.31%) blamed its weak December sales on "severe weather patterns" around the same time as it launched an aggressive marketing strategy, I immediately became suspicious about whether the inclement conditions were just being used as an excuse. Now, in light of reports from Famous Dave's of America (DAVE) and Cheesecake Factory (CAKE -3.67%), perhaps the weather is a legitimate headwind after all.

Snowed-in Brinker International
On Jan. 22, Brinker reported its fiscal fourth-quarter results. Sales inched up 2.3% with earnings per share tacking on a gain of 18%. Same-store sales were up 1.4% internationally and 0.3% domestically. Not terrible, but in the quarter during the month of December, same-store sales plummeted by 4.9% led by a 6.8% dive in traffic.

Brinker International blamed "more severe weather." The good news is that, according to Brinker CFO Guy Constant, "On the backside of a weather event sometimes you can see higher spikes in traffic than you might expect." It sounds like after being cooped up and forced indoors, guests make up for this when the weather later clears. CEO Wyman Roberts believes that Brinker was well ahead of the game if you exclude the effect of the weather.

Icy roads for Famous Dave's
It's easy to trust Famous Dave's when it complains of wintry cold because its business normally does better during the warmer months. Famous Dave's serves BBQ ribs and other southern cuisine that people tend to crave more when the temperature is warmer. Chairman Dean Risen warned, "Unfortunately, as a result of severe weather patterns impacting essentially all of our markets, sales to date have been softer than expected."

Famous Dave's statement suggests that the shortfall is occurring across the entire casual-dining industry.

Despite the lackluster sales, Famous Dave's did beat earnings expectations handsomely by $0.10 per share as EPS came in at $0.25 for a 67% beat. Famous Dave was able to further expand its profit margin at a good clip. The company had dropped some clues with its previous earnings and conference call that this increased profitability was forthcoming.

The results were in-line with Cheesecake Factory's quarter-ago growth, so there doesn't seem to be any reason to doubt the claim. Previously same-store sales were up 0.8%, and it was the 15th quarter in a row of positive same-store sales. 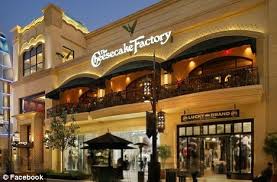 CEO David Overton said, "Overall, we expect 2014 to be another year of growth, both domestically and internationally, with expectations for a fifth straight year of higher comparable sales and continuing to deliver earnings-per-share growth." From the sound of it, there aren't any problems at Cheesecake Factory, and the blame-the-weather excuse is sounding more and more like a reasonable explanation than an excuse by various restaurants.

Foolish final thoughts
Take a look at restaurant chains that reported results which seem to be unaffected by the weather. If they're performing this well despite the industrywide headline, they may perform even better as the roads and skies clear. As for the industry as a whole, look for a heavy rebound. Unlike a downturn due to economic hardship and consumer choice, situations such as this when people are forced to stay home temporarily tend to later result in those same people "wanting to finally get out of the house" and get back to their dining-out routines.