Here's how Novartis is staking a claim in the industry's most exciting field.

Despite outstanding performance over the past year from biotech and pharma, you wouldn't be alone if you think they have more room to grow. In a recent survey of over 200 buy-side health care investors conducted by BIO Industry Analysis, 87.2% believe the biotech industry is either fairly or undervalued. 81.5% are expecting 2014 to be another positive year for the major biotech indices. 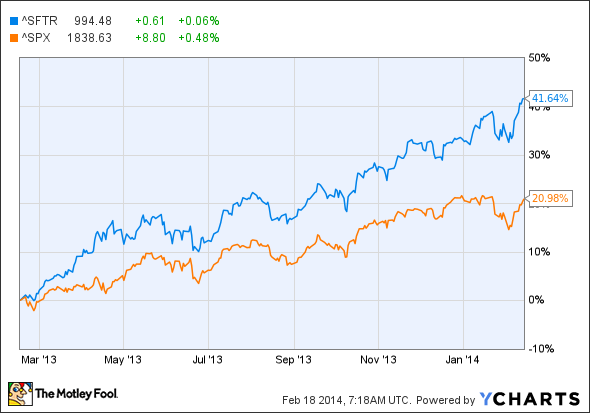 Why is the investment community buzzing for biotech? A whopping 48.1% believe the oncology field currently offers the best investment opportunities. The optimism is heavily based on promising data from ongoing immunotherapy studies being carried out by the big pharmaceutical companies. More specifically, antibodies that stop tumor cells from exploiting immune response checkpoints, like PD-1.

While Novartis (NVS -0.36%) has an exciting immunotherapy program, until recently it lacked an anti-PD-1 candidate. With the acquisition of privately held biotech start-up CoStim, Novartis has entered a race that will put it up against lead programs from both Merck (MRK 0.36%) and Bristol-Myers Squibb (BMY -0.14%).

A complementary addition
Prior to purchasing CoStim, Novartis has made some progress with chimeric antigen receptor technology (CAR-T). The lead therapy, CTL019 requires the harvesting of T-cells from a patient, then using CAR-T to reprogram them to search out and destroy tumor cells that express the CD19 protein. Once reintroduced they multiply and do an impressive job of taking out those cancer cells. In a pediatric leukemia trial, 19 of 22 patients treated with CTL019 experienced complete remissions. That's just amazing.

Novartis' acquisition announcement didn't include many specifics, but it seems CoStim has a portfolio of late-discovery stage monoclonal antibodies that target immune checkpoints. Founded about four years ago, the company has assembled compounds that block tumors from shutting down activated T-cells before they can attack. Novartis wasn't specific about the targets, except to say they include PD-1.

So far it seems that when patients treated with CTL019 relapse, the new cancerous cells do not express the targeted CD19 protein. It stands to reason that combining CAR-T with one of the newly acquired immunotherapy candidates should limit cancer's ability to develop resistance. Novartis hinted at future combination studies in the acquisition announcement. Its CAR-T program is impressive on its own, but you definitely want to keep an eye open for clinical data if it's combined with an anti PD-1 candidate.

Late to the PD-1 party
The odds of Novartis bringing an anti-PD-1 therapy to market first are extremely slim. Merck has already started a rolling Biologics License Application (BLA) for its contender, MK-3475, that it expects to complete during the first half of this year. The market is so excited about this program that this stock has outperformed the broad market despite decreases in revenue and net income last quarter.  The FDA has already given the drug a Breakthrough Therapy designation, and an approval before the end of the year might be possible.

Even though Novartis is late to the PD-1 party, its CAR-T immunotherapy program shouldn't need to compete with Merck's lead candidate for the leukemia market. The first BLA for MK-3475 involves an advanced melanoma indication. It's in a Phase 1 trial with multiple myeloma patients, but Merck has steered it clear of leukemia.

Until recently, Bristol-Myers Squibb was largely considered the leader in the anti-PD-1 race with its candidate nivolumab. In terms of clinical testing it still is. There are six ongoing late-stage clinical trials with nivolumab, with a seventh on the way. Luckily for Novartis, none of these phase 3 studies involve leukemia patients.

Final take
Novartis might be a latecomer in the anti-PD-1 field, but its CAR-T immunotherapy program shows the company has its finger on the pulse when it comes to hitting genetically defined pathways. Although Bristol-Myers and Merck will most likely bring an anti-PD-1 therapy to the market first, Novartis is positioned to maintain a strong presence in cancer immunotherapy for the years ahead.

Could This Biosimilar Drug Candidate Be a Hit for Novartis?
351%