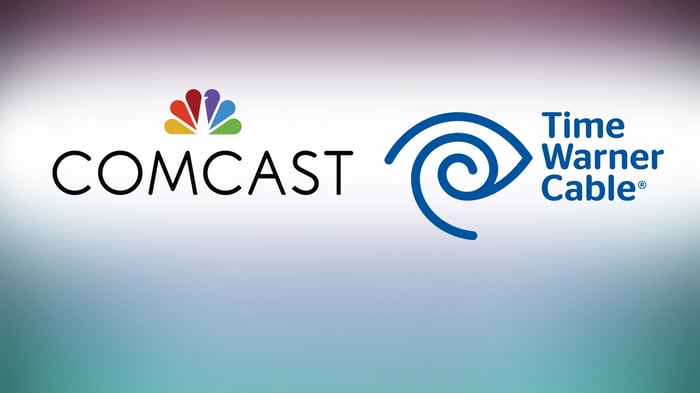 Since deregulation of the cable television industry in 1996, rates have more than doubled. At the time, the legislation was heralded as good for consumers, but what followed was a constant stream of mergers combining many small options into a group of much larger cable providers. This past week, the two largest providers in the United States, Time Warner Cable (NYSE: TWC) and Comcast (NASDAQ: CMCSK), announced a merger worth $45 billion that they claimed was great for consumers and competition. It will be great for consumers, but not in the way that this giant company thinks.

Cable executives report this as a merger that will bring a better and more efficient cable distribution experience for several reasons. It will give them more leverage with program developers like CBS. This would prevent blackouts like the one that lasted for roughly a month last summer, or the more than 80 other smaller ones that occurred last year.

The larger coverage would also allow them to provide better customer service due to the economies of scale, saving $1.5 billion, according to the Chicago Tribune. In addition, the more resources consolidated in one company would allow them to develop new products to compete with the now commonplace non-cable alternatives.

These ideas all have merit and could be supported with facts. However, history and psychology would suggest that companies are profit-driven, and therefore, act in their self interest to work toward the specific incentive of making more money. I do not expect these two companies to be any different. This initially does not bode well for consumers for a few big reasons.

Time Warner Cable and Comcast combining would merge control of about a third of the country's cable customers into one company. Customers are already stuck paying whatever these companies decide in the many areas where they are the only option for cable. The two giants do not provide in any of the same zip codes across the country. With any luck, this will only keep rates at their current levels, rather than encourage an increase.

In addition, these two companies have placed at the absolute bottom of customer service quality lists for years. Putting them together does not suggest an improvement in this area.

All of the changes that come along with this merger could be good for consumers or bad for consumers, depending on which side you ask. However, this merger will ultimately be bad for the business and stock prices of both Comcast and Time Warner Cable because it will mark the tipping point for consumers to start "cord-cutting."

Cord-cutting is when customers decide to end their cable provider agreements in lieu of the many Internet provided alternatives like Apple's iTunes, Netflix, Amazon.com, and HBO GO TV to name a few. This trend is accelerating. Last year was cable's worst in losing subscribers, a net 113,000, according to the research firm MoffettNathanson.

As the companies combine their services more and more over time, the high rates, low customer service quality, and lack of options for other cable providers will push more and more potential customers toward these low commercial, on-demand options. Those two features alone are enough to make many people already split their time between cable programming and other alternatives.

These cable providers claim that this larger company will enable them to bring a competing service to the market, but this will be too little too late. These other services already have the infrastructure, customer base, and branding in place to succeed over cable company products that are late to the market. Consumers are deciding enough is enough and it is too late for cable providers to reverse this trend, no matter how big they get.

Karl Avard has no position in any stocks mentioned. The Motley Fool has no position in any of the stocks mentioned. Try any of our Foolish newsletter services free for 30 days. We Fools may not all hold the same opinions, but we all believe that considering a diverse range of insights makes us better investors. The Motley Fool has a disclosure policy.