Please ensure Javascript is enabled for purposes of website accessibility
Log In Help Join The Motley Fool
Free Article Join Over 1 Million Premium Members And Get More In-Depth Stock Guidance and Research
By Bradley Seth McNew - Feb 22, 2014 at 10:00AM

The Japanese government’s ruling which will decide if casinos can begin building in the country is expected in the next few months but Las Vegas Sands Corp, Wynn Resorts, and Caesars Entertainment Corp are already making moves.

Growth in Asia has been the highlight of the gaming industry over the last decade. Thanks to massive profits from Macau, Las Vegas Sands (LVS -0.24%) has seen over a 2100% gain in share price over the last five years. Given the stellar results casino companies have had by placing their chips on Macau and Singapore for growth it should come as no surprise that gaming companies are on the lookout for the next big Asian gambling market. What may surprise Foolish readers is the likely answer to this pivotal question. 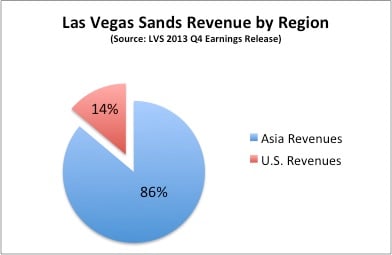 While casinos are currently outlawed in the "Land of the Rising Sun", many analysts estimate that Japan could be the second-largest gambling market in the world. The only obstacle in the way for casino companies to build in Japan, is getting casinos legalized in the country. This may be about to change.

The government will vote on legislation in the coming months that will decide whether or not casinos will be allowed to begin building in Japan. Because the government has said that it would like casinos to fund a portion of the cost of the coming 2020 Olympics in Tokyo, the general consensus is that the government will give its approval and that four licenses total will be awarded in Tokyo and Osaka. Members of both major government parties have said that they're planning to attempt to legalize casinos in the upcoming legislative session which starts this month. 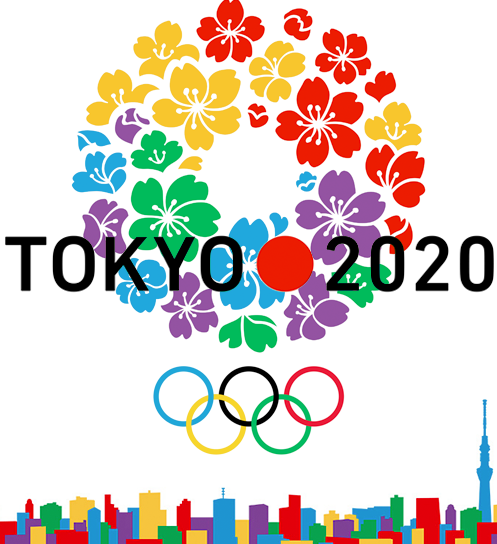 Osaka officials are already in talks to assure that their city is prepared to reap the benefits of the coming gaming decision. By starting talks early, Osaka officials are hoping to woo developers to build the best casinos in their city, instead of Tokyo where property is more than ten times as expensive.

Osaka will welcome foreign casino companies to build in its city. Osaka Governor Ichiro Matsui stated, "Even before the casino bill is passed, Osaka is crafting details of the resort plan so that we could embark on the project at any time ... We'd need global casino-operators' involvement and expertise as the business is new to Japan."

Caesars Entertainment (CZR) is one of the gaming companies that has taken a head start on preparing itself for a bid to build in Japan. Caesars executives met with Osaka officials late last year to discuss plans for investment in Japan, if allowed. With no Macau holdings, and with an unsuccessful bid to build in South Korea last year, this may be Caesars' last chance for a major Asian holding and it will fight hard for it. However, the company's industry-high debt load could be an issue. When South Korea denied Caesars' bid to build last year, industry analysts reported that the company's $27 billion in total debt was the most likely reason that the South Korean government denied the company's bid. With a current debt load of $21.5 billion, the company may still have a hard time persuading the Japanese government that its debt is not an issue.

Other casino companies are meeting in the coming months as well. MGM Resorts International (MGM -2.50%) and Wynn Resorts (WYNN -2.81%) are both getting serious about their talks with Osaka officials, and they plan for formal talks early this year. MGM and Wynn have both said that if allowed, they will happily invest the estimated $4.8 billion needed to build a casino resort in the area. These are two casino companies that know the value of big investments in Asia. Wynn reaped $1,119.9 million from its Macau operations in the fourth quarter of 2013, 74% of the company's total revenue for the quarter. Total revenue for the company is up 24.6% over the same quarter in 2012. Likewise, MGM Resorts noted in its third quarter 2013 earnings release that it received $808.4 million from its China operations, 34% of the quarter's total revenue.

Genting, the Malaysian company that owns Resorts World casinos in Singapore, New York, and soon Las Vegas, will be a serious competitor to watch. Genting has been a tough competitor for Las Vegas Sands in Singapore, taking 68% of the profits from the country that only allows two casinos. Because the company is listed on the Kuala Lumpur stock exchange (with subsidiaries on the Singapore and Hong Kong exchanges), U.S. based investors will not be able to trade the shares of this company.

Foolish Takeaway
With the upcoming Olympics set in Tokyo, the most-populated city in Japan, investors might think that Tokyo will be the location that provides the most profits when Japan decides to allow casino companies to build in the country. However, with the jump start on planning by Osaka officials, the added benefits of welcoming officials, and property available for as low as 1/10 of prices in Tokyo, Osaka might take the lead in casino profits. Regardless of the city, casinos in Japan are likely to be the next growth story in the gaming market in 2014 and beyond.

Bradley Seth McNew has no position in any stocks mentioned. The Motley Fool has no position in any of the stocks mentioned. Try any of our Foolish newsletter services free for 30 days. We Fools may not all hold the same opinions, but we all believe that considering a diverse range of insights makes us better investors. The Motley Fool has a disclosure policy.