Control over water resources could spark a much more heated controversy than the Arab Spring.

"What does a minister of irrigation have to do with foreign relations?" you might ask. Well, in most countries, not much -- yet. But drought is becoming a much larger worry around the globe as populations continue to swell while water tables concerningly recede. 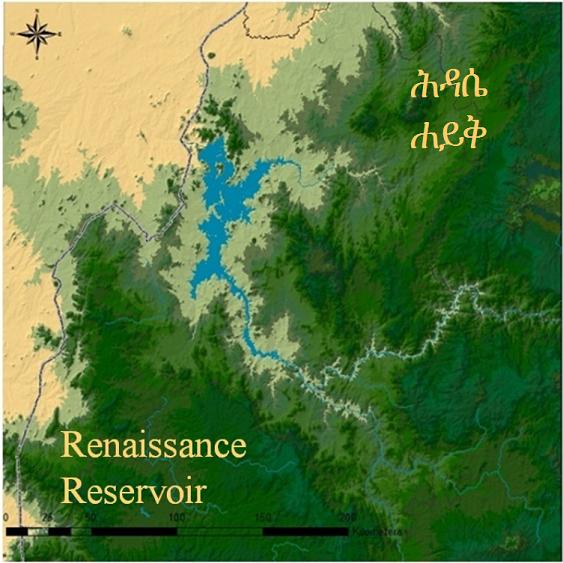 This is the case in Egypt right now, where its minister of irrigation, Mohamed Abdel-Motteleb, has warned that Egypt may demand the cessation of Ethiopia's Grand Renaissance Dam if the two sides can't come to terms. The $4.2 billion project has been under construction on the Blue Nile, a tributary to the Nile River. As many of you are aware, the Nile River and its ripe delta are critical to the health and prosperity of Egypt and its people.

Not Egypt's first rodeo
The Nile River, as a resource, has long been a sensitive topic in the region. To help quell the possibility of any calamitous uprisings between the two, Egypt and Sudan signed the 1959 Nile Waters Treaty. This accord provides the means to resolve disputes between the two, as well as any other country with access to the river.

Ethiopia falls directly in line with this treaty, since the country, and its yearly rainfall, account for around 85% of the water that flows between the Nile's fertile river banks. Ethiopia might have thought it was in the clear, given that an international study conducted last June issued a decision that the hydroelectric dam would not cause any harm worth noting to either country.

At an aquatic crossroads
As you might have guessed by the issue's ongoing nature, Egypt does not agree with the study, despite Sudan's public acceptance. Based on the reaction of Ethiopia's army, it is prepared to push this issue to the brink. A number of Ethiopia's military commanders recently stated that they would "pay the price" to ensure the dam's completion.

Water has been a hotly debated topic around the globe lately, and there are many out there who fear it could spark military conflict. It's rhetoric like this that should have many concerned that this issue is very real. The Office of the Director of National Intelligence put us on notice in 2012 in a report that stated, "During the next 10 years, many countries important to the United States will experience water problems -- shortages, poor water quality, or floods -- that will risk instability and state failure, increase regional tensions, and distract them from working with the United States."

Taking a longer-term view, the report continued, "As water shortages become more acute beyond the next 10 years, water in shared basins will increasingly be used as leverage; the use of water as a weapon or to further terrorist objectives will become more likely beyond 10 years."

Hitting closer to home
For those of us on the East Coast or in Colorado, the idea of a lack of precipitation lately might seem a bit odd. Don't bring this up with anyone from the West Coast, however. The ongoing historic drought in California is causing worry and possible hardship throughout the state. For instance, San Francisco recorded its first January in history with less than a quarter inch of rain.

For countries with the means, water purification and desalination will become an increasingly relied upon means to an end. One company at the forefront of water desalination, without exposing itself to the prohibitive costs of actually building a plant, is Energy Recovery (ERII -0.46%). While this technology is currently more expensive than traditional water delivery, companies like Energy Recovery have been able to reduce energy expenses by up to 60%. Still, a cubic meter of desalinated water can run $0.50 versus the typical freshwater that streams in at less than $0.20 per cubic meter.

Hoping desperate times don't lead to drastic measures
Unfortunately, not many countries that are suffering from current, or likely, water shortages have the same luxuries as we do in the United States. As a result, international cooperation will likely be needed to avoid potential deadly confrontations such as the one Ethiopia's military hinted at as a possibility.

For both countries, the arguments are clear and understandable. Egypt wants to prevent the loss of a natural resource that 90% of its population relies upon, and Ethiopia is hoping to provide its people with electricity. Despite the statements from Ethiopia's military, Egypt is still hoping to keep things peaceful while getting international bodies such as the United Nations involved. We should all hope this is as far as the argument goes.

If things turn from verbal to physical, the national intelligence report's prognostication that it will be 10 years or more before violence emerges could be made irrelevant after less than two years since its issuance. This is something we could all do well to see avoided.

Taylor Muckerman and The Motley Fool have no position in any of the stocks mentioned. We Fools don't all hold the same opinions, but we all believe that considering a diverse range of insights makes us better investors. The Motley Fool has a disclosure policy.