Online electronics retailer Newegg has launched an Amazon Prime-like service called Newegg Premier for just $49.99 per year. Newegg has been expanding into new categories, much like Amazon did during its early days as a book seller, and its new service might allow it to pull away customers from the online retail behemoth.

Amazon.com's (AMZN -3.03%) Prime service has been a big driver behind the company's rapid growth, with Prime members spending far more and buying more often than non-Prime customers. Loyalty programs like Prime compel members to buy more in order to justify the expense of the annual membership, and up until now no other company has offered a service with as much value as Amazon. Best Buy (BBY -1.23%) offers a fairly generous rewards program, for example, but the perks are nowhere near as good as Amazon Prime's.

While the recent announcement of a possible price hike for the service may cause some members to think twice about renewing, another online retailer has started to offer a similar service. Privately held Newegg, one of the largest online-only retailers in the United States, recently announced a new service called Newegg Premier, offering free three-day shipping, along with other perks, for $49.99 per year. While Newegg sells mainly computer components and electronics, the company has started to branch out into other areas, and with the launch of Newegg Premier, it seems that the company has its sights set on Amazon.

Newegg Premier vs. Amazon Prime
While Amazon Prime offers free two-day shipping, Newegg Premier only offers free three-day shipping, likely due to the company's far smaller distribution system. Premier includes some other things as well, such as exclusive deals, waived restocking fees, and free returns, but the free three-day shipping is really the core of the service. The price of $49.99 is cheaper than Prime's price tag of $79.99, and if Amazon hikes its own price, Premier could end up being half the cost or less.

Prime includes a bevy of features, though, such as free streaming of thousands of movies and the ability to borrow Kindle e-books, but one criticism of the service is that many members likely don't take advantage of all of these features. Amazon does offer far more products than Newegg, making Prime a lot more attractive, but Newegg has expanded beyond selling only electronics into all sorts of categories. We know little of Newegg's plans, given that it's a privately held company, but it looks as if Newegg is trying to become more like Amazon.

What this means for Amazon
While Newegg is small compared to Amazon, its $2.8 billion in annual sales is nothing to sneeze at. Newegg began as a seller of computer hardware and software, but now it sells a range of products including appliances, furniture, health and beauty supplies, sporting goods, automotive products, office products, and many others. Much like Amazon started as a bookseller and expanded, Newegg appears to be doing something similar.

If Newegg was still strictly a computer parts seller, Premier wouldn't mean much in the grand scheme of things. But with the company becoming more of a general online retailer, the service might actually pose a real threat to Amazon. If the price of Prime goes up significantly, Newegg Premier may be able to pull some customers away, especially those who only use the service for free shipping.

This certainly won't happen overnight, and it may not happen at all. Amazon is a behemoth of a company, and many people shop there by default, much like they use Google by default for search. But investors should ask themselves if Amazon really has a durable competitive advantage, or if the company's shunning of profits in favor of growth simply makes it look like it has one. If an alternative like Newegg comes along, with a service similar to Prime priced significantly lower, will customers really remain loyal to Amazon? 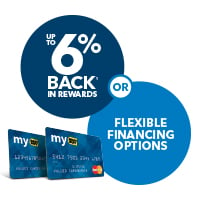 Other companies are also trying to increase customer loyalty with programs of their own. Consumer electronics retailer Best Buy recently revamped its loyalty program, now called My Best Buy, in an effort to give customers more reason to shop at its stores. Unlike Prime or Premier, a My Best Buy membership is free, although it doesn't offer nearly as many perks. Free standard shipping for purchases of $25 or more is one feature, and rewards are given for every dollar spent at Best Buy.

A Prime-like service probably wouldn't work at Best Buy, given the limited scope of its product offerings, but the revamped rewards program is a step in the right direction for the company in its attempt to compete with online retailers like Amazon.

The bottom line
Newegg's expansion into non-computer-related categories, along with the launch of Premier, should be viewed as a real threat to Amazon. Newegg's efforts may be too little, too late to stop the Amazon juggernaut from dominating online retail, but the potential Prime price hike might give Newegg a chance to grow the service and steal some customers and sales away from Amazon. Newegg Premier is an interesting plot twist in the land of e-commerce, and it's something that investors should definitely keep an eye on.