Please ensure Javascript is enabled for purposes of website accessibility
Log In Help Join The Motley Fool
Free Article Join Over 1 Million Premium Members And Get More In-Depth Stock Guidance and Research
By Leo Sun – Feb 24, 2014 at 10:13AM

Microsoft is bringing Halo’s Cortana to Windows Phones as a personal assistant to rival Siri and Google Now. Is this a huge leap forward for the underdog platform, or just a cheap gimmick to cash in on Halo’s popularity?

In the world of voice-activated digital assistants, Apple (AAPL -1.96%) and Google (GOOGL -1.02%) respectively lead the market with Siri and Google Now. Google Now has been gaining ground against Siri ever since its iOS version was updated with voice search last November.

Microsoft (MSFT -0.04%), on the other hand, offers its Windows Phone 8 users a simple voice command function -- which only understands basic commands such as Call, Text, Note, Find, and Open -- that fails to measure up to either competitor. Microsoft's assistant is so underwhelming that Windows Phone sites frequently recommend replacing the app with Indigo, a personal assistant that is also available for iOS and Android devices. 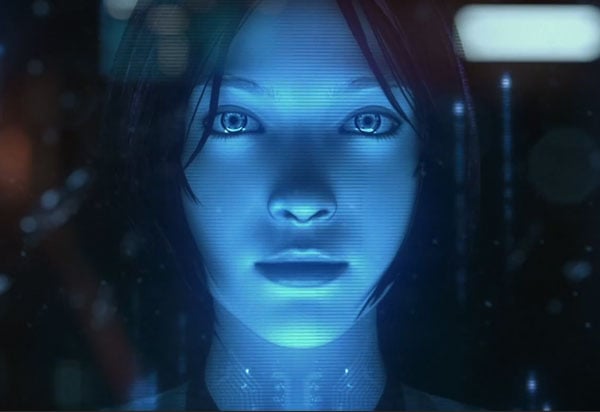 That's where Cortana, the beloved AI voice inside Master Chief's head in the Halo games, comes in.

Cortana is Microsoft's answer to Siri, and will be included in its upcoming Windows Phone 8.1 update, according to a recent report in The Verge. Cortana won't appear as the humanoid female AI best known to gamers, but rather as a circular animated icon that matches a user's current Windows Phone color theme. Cortana will launch through a dedicated hardware key, replace Bing search, and merge together some of the best features of "Siri and Google Now".

But just how well does Cortana measure up to those two services? Take a look:

Microsoft is certainly raising the bar with Cortana, which could convince Windows Phones users to uninstall third-party personal assistants such as Indigo. Here are three key takeaways that consumers and investors should consider about Cortana before it arrives later this year.

1. Cortana can grow in an undisputed niche market
Apple clearly doesn't like Google stomping around in its backyard -- it made that clear when it tried to replace Google Maps with Apple Maps and dumped Google as Siri's default search engine. Meanwhile, Google has refused to offer first-party apps on Windows Phones, so Windows Phone users still lack dedicated apps for Google Maps, YouTube, or Google Drive.

Yet Google's refusal to develop apps for Windows Phones is actually a blessing in disguise. The last thing Microsoft wants is for Google to release Google Now for Windows Phone and undermine the importance of its own first-party features. More importantly, Microsoft, like Apple, isn't keen on letting Google generate ad and search revenue from its hardware platforms.

For now, Microsoft has a small but growing share of the global smartphone market, which represents a stark contrast to Google's high market saturation and Apple's sluggish growth.

Therefore, Microsoft's market share is small enough to matter, but not big enough to warrant Apple and Google's attention. This is a major advantage, since Cortana will be able to flourish and evolve unopposed on its native platform -- unlike Siri, which is now battling the iOS version of Google Now in its own backyard.

That's a lot of customers who recognize Cortana's name, which is instantly associated with the game character, rather than Siri or Google Now, which have not been portrayed as anything more than a microphone.

That's not to say that every iPhone and Android using Halo fan will suddenly buy a Windows Phone to get cozy with Cortana like Theodore Twombly in Her, but it certainly helps elevate the profile of Windows Phone above its reputation as an underdog platform with colorful tiles.

3. The key to the living room
Last but not least, Cortana could be a shot in the arm for the Xbox One as well.

The Xbox One has been slipping behind Sony's (NYSE: SNE) PS4, with sales of 3.5 million compared to 5.4 million, according to the latest sales figures from Vgchartz. Both consoles launched last November, but they still trail Nintendo's (NASDAQOTH: NTDOY) Wii U, which launched in November 2012 and has a narrow lead with 5.7 million units.

The main reason that the Xbox One is falling behind is its price tag of $499, which is $100 higher than the PS4 and $200 more than the Wii U. This has led to speculation that Microsoft could eventually remove the Kinect, the headset, and the optical disc drive to match Sony's price point.

The biggest problem, in my opinion, is that many gamers simply don't think the Kinect is terribly important. The Kinect currently allows users to operate the console via voice commands, but the commnads are fairly basic.

If Cortana is successful on Windows Phones, however, Microsoft could use it to replace the current Kinect voice commands system as a true digital assistant for the living room. In addition, it could keep personal searches, data, and appointments synchronized properly across the cloud on the Windows Phone, Xbox One, and Windows PCs.

The bottom line
Although Cortana won't immediately tip the scales back in Microsoft's favor in the smartphone war, it represents a major step toward eventually catching up to iOS and Android. Cortana and Windows Phone 8.1 are expected to arrive this spring.

What do you think, dear readers? Will Cortana boost Windows Phone sales when she arrives later this year, or is this just a gimmick designed to cash in on the popularity of the Halo games? Let me know in the comments section below!