2013 was truly the year of the small-cap stock, as impressive gains in a broad range of sectors largely outpaced the performances posted by their large-cap counterparts. With dividend payouts included, the Russell 2000 index generated gains of more than 38% in 2013. This was far better than the performance of large-cap benchmarks like the S&P 500 and Dow Jones Industrial Average, which returned 32.5% and 29%, respectively, over the same period.

The total return of the Russell 2000, represented here by the iShares Russell 2000 (NYSEMKT:IWM) ETF, has made impressive gains over the last year, beating the SPDR S&P 500 ETF by a considerable margin: 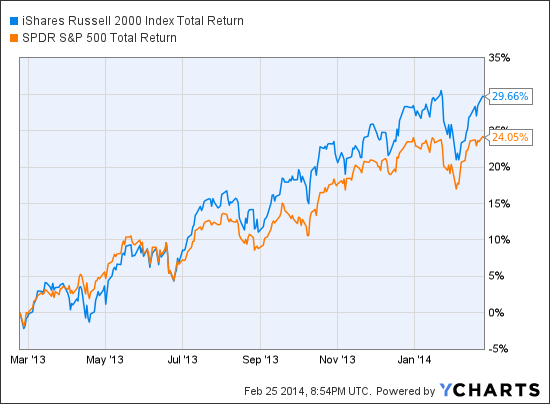 Alternatives to large caps
Part of this performance can be attributed to the fact that small-cap companies generate most of their revenue domestically, while large caps tend to have much more overseas exposure. Overall growth rates in many parts of the world were sluggish in recent quarters, and so long as these trends continue, small-cap stocks will have the potential to make some of the best gains in the market. Let's look at two companies that are well-positioned to see continued benefits from these trends. 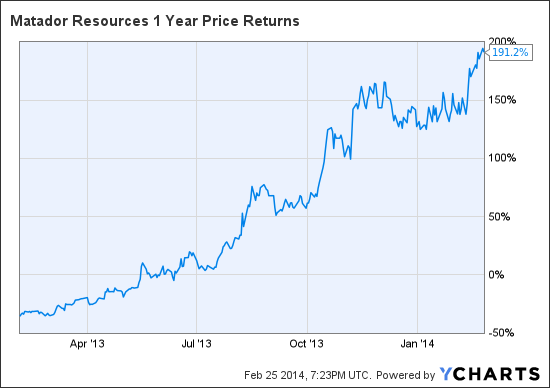 First, we have Matador Resources (NYSE:MTDR), an oil and gas exploration stock that has tripled over the last year. There is little indication that this momentum is ready to turn anytime soon, either, given the company's strategic partnerships, relative positioning in the industry, and consistent ability to surpass analyst expectations. Matador has beaten earnings estimates by more than 50% in each of the last two quarters, and initial reports suggest that the company's gas and oil production numbers will come in at the higher end of the early projections for 2013.

These positive surprises have been driven largely by improved performance at its Eagle Ford shale site, which is where roughly 80% of its capital expenditures are centered. Two rigs will be in operation at the site in 2014, and the company expects that 2013 productivity numbers showed gains of as much as 75% from the previous year. So long as we do not see any significant misses in these numbers, it should be enough to keep the stock from falling from its elevated levels. The continued bullish outlook is supported by Matador's strong history of generating consistent cash flow and its ability to maintain stable debt levels when financing new project sites. 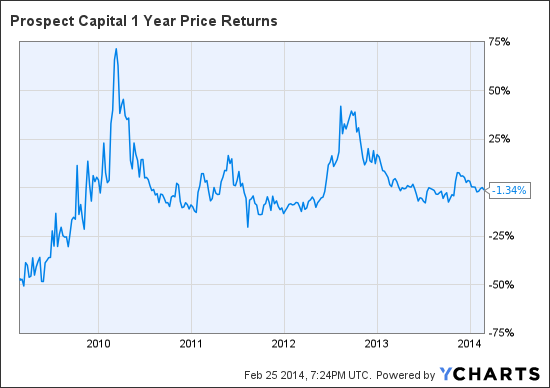 Last, let's look at business development company Prospect Capital (NASDAQ:PSEC), which is another example of a small cap with massive growth potential. With a market cap of $3.4 billion, the stock comes in at the high end of what is typically consider a small-cap stock. But this also suggests that the stock is likely to experience less volatility. In the last three years, the company's reported assets have nearly tripled, and recent decisions expand its portfolio to include real estate exposure should see favorable results, given the excellent financing arrangements the company has structured with Fannie Mae and Freddie Mac; Fannie and Freddie secure low-interest loans for up to 70% of the purchase price in Prospect's real-estate investments.

As an institutional investor, this type of positioning has the potential to generate substantial gains for Prospect and help to support the stock price going forward. But if Prospect's strengthening portfolio position were not enough by itself, the stock offers an impressive dividend yield of 11.9% -- an attractive quality, given the low-interest-rate environment that is likely to persist for the foreseeable future. Prospect's moves to increase portfolio diversification should help support the sustainability of its dividend, and this will help to protect returns if we do start to see a more sluggish performance in the stock market as a whole.

In all, these two small-cap stocks offer excellent potential for growth and should be considered for new buy positions given the recent market trends that have been seen in larger-cap alternatives.