Please ensure Javascript is enabled for purposes of website accessibility
Log In Help Join The Motley Fool
Free Article Join Over 1 Million Premium Members And Get More In-Depth Stock Guidance and Research
By Demitri Kalogeropoulos – Feb 26, 2014 at 11:48AM

DreamWorks Animation's (DWA) 2013 film Turbo wasn't a sequel, but investors have seen this show before. For the second year in a row, the company had to book a surprise writedown due to the sluggish box office performance of one of its movies: Last year, it was Rise of the Guardians, while Turbo played that role this year. 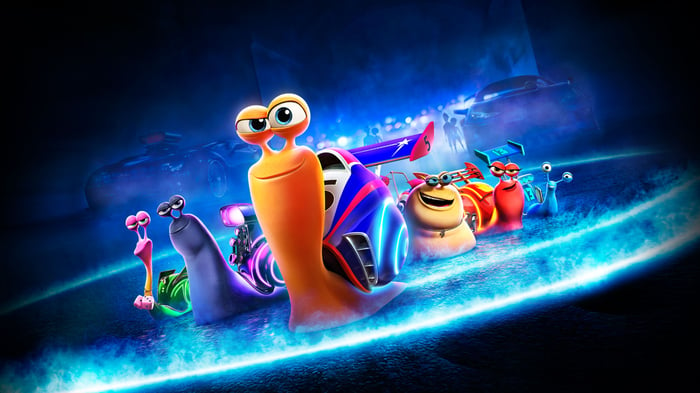 Sure, the profit hit wasn't as bad this time. DreamWorks only had to take a $13 million impairment charge for Turbo, versus the $165 million pinch it endured in 2013. Still, Turbo contributed just $1.6 million in revenue for the quarter as DreamWorks logged a 23% plunge in sales. Wall Street expected the entertainment company to book closer to a 10% sales dip.

Progress in DreamWorks' diversification efforts came into light as well. The company saw modest growth in its television and consumer products businesses. The TV segment, for example, kicked in revenue of $47 million thanks to popular shows like DreamWorks Dragons: Defenders of Berk, which aired on the Cartoon Network. However, feature film revenue still accounted for an uncomfortable 60% of sales in the quarter. That's the same ratio that it has averaged over the last three years, and it shows that DreamWorks has a long way to go in its aim to become a "diversified family entertainment company."

The good news for investors is that, while they can't count on the type of steady, predictable sales and profit growth that diversification would bring, this year could be big for DreamWorks at the box office. It has three films set for release, beginning with Mr. Peabody & Sherman in March. After that, a summer sequel to How to Train Your Dragon could have a great run -- particularly as competition from Disney and other animated studios will be soft this year. Finally, the company will release a holiday-themed film called Home around Thanksgiving.

However, that late launch will ensure that DreamWorks' year will once again come down to the performance of just two film releases. How to Train Your Dragon 2 should be a hit, but Mr. Peabody & Sherman isn't a sequel and so it carries more risk of disappointment at the box office. Investors have to be comfortable with that risk -- and prepared for the potential that we could see a third annual writedown hurt DreamWork's results this year.

Things to Know About the Comcast/DreamWorks Animation Deal

Will the DreamWorks Acquisition Pay Off for Comcast?

Will Comcast Corporation Get Its Money's Worth From the DreamWorks Buyout?
356%