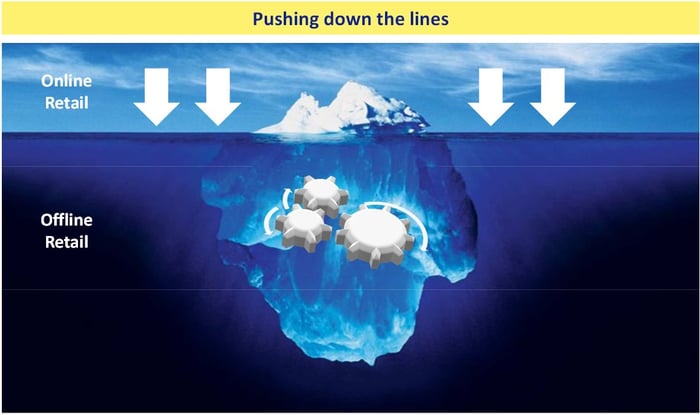 MercadoLibre (NASDAQ:MELI) delivered a blowout earnings report for the fourth quarter of 2013, and the stock was rising by more than 13% on Friday. Economic headwinds are generating some uncertainty for the company lately, and competitive threats from bigger players like Amazon.com (NASDAQ:AMZN) and eBay (NASDAQ:EBAY) are always a risk to watch. However, MercadoLibre continues firing on all cylinders and capitalizing its extraordinary potential for growth.

A unique opportunity
In spite of all the uncertainties coming from inconsistent economic policies in the region, Latin America offers plenty of opportunities for growth, especially when investing in the right companies. Besides, e-commerce has enormous room for further market penetration in the coming years; MercadoLibre estimates that it currently accounts for less than 3% of total retail volume in the region.

MercadoLibre is usually referred to as "the eBay of Latin America," not only because eBay owns nearly 18% of the company, but also because both companies have similar business models. MercadoPago does for MercadoLibre what PayPal does for eBay: It is a payment method that has been expanding beyond the e-commerce platform and growing as a stand-alone business on its own merits.

MercadoLibre has one big advantage over eBay, though: It doesn't have to face the same level of aggressive competition from Amazon. This means the company is the undisputed leader in the region, and it enjoys sky-high operating margins in the area of 37.8% of sales versus an operating margin near 21% for eBay.

Amazon launched its Kindle store in Brazil in December 2012; the company sells its devices at physical retailers and is offering digital products in the country. Considering Amazon's expansionary drive, it would not be a big surprise to see the company venture further into Latin America in the future.

It won't be easy for Amazon to displace MercadoLibre, though. The local player has the home-team advantage, a widely recognized brand, and the specific know-how to serve local customers and deal with political authorities and regulations.

Because of different currencies, languages, and international trade limitations, Latin America is not one big market like the U.S., but mostly a region composed of several smaller markets with a varied degree of economic integration among them and erratic international trade policies. This means it would be much more complicated for Amazon to replicate in Latin America the scale advantages and efficiencies it has achieved in the U.S.

MercadoLibre has the head start, and it continues consolidating its brand value and building competitive strengths among buyers and sellers. Amazon is a competitive risk to watch, but no reason to stay away from MercadoLibre and its long-term growth potential.

Successfully sailing through the storm
Analysts have been concerned about the impact of currency devaluation and economic uncertainty in Venezuela and, to a lesser degree, in Argentina. However, MercadoLibre's recent earnings report shows that the company has what it takes to continue generating substantial growth for investors in spite of economic headwinds.

Argentina and Venezuela account for 26% and 18% of revenues, respectively, so MercadoLibre is certainly not immune to economic problems in those countries. In fact, management estimates that recent devaluation in Venezuela could have a negative impact of between $1.5 million and $2.5 million during the first quarter of 2014.

When it comes to Argentina, on the other hand, the country represents roughly 40% of MercadoLibre's cost structure. This means currency devaluation in Argentina can actually be a positive for the company as costs are reduced more than revenues when translated to U.S. dollars.

Local currency sales increased by 49.7% in the fourth quarter of 2013; currency fluctuations were a drag during the quarter, but sales measured in U.S. dollars still increased at a remarkable 29.8% to $134.6 million.

Items sold on MercadoLibre during the period increased 20.1% to 22.8 million, while total payment transactions through MercadoPago increased 33.8% to 9.0 million. Earnings per share during the quarter were $0.93, a 35% increase versus the same quarter in 2012.

This kind of performance is nothing short of impressive, especially considering it was achieved while facing tough economic conditions.

Bottom line
MercadoLibre is not only firing on all cylinders, the company is doing so in spite of a challenging economic environment, and that says a lot about the quality of the business and its management team. It's hard to tell how economic headwinds may affect the company in the coming quarters, but MercadoLibre is remarkably well positioned for growth in the years ahead.