Here's why being a homeowner is almost always better than renting.

It's a difficult choice. Should you buy a home, or rent forever?

In most markets, buying can beat renting in the long haul. A combination of low interest rates and 30-year mortgage terms found only in America make owning a home a rational economic choice.

The decision to buy or rent largely rests on the difference in cost. It makes little sense to pay more to rent a home when owning can be a lower cost alternative. But rents aren't set in stone. Even if a mortgage would exceed your current rent payment, there's little to say that the same economics will be in play years from today.

Graphing rents over time
Few charts graph as perfectly as the one you're about to see. It's a chart of "owner's equivalent rent," or the amount of money homeowners expect they would have to shell out to rent their current residence. 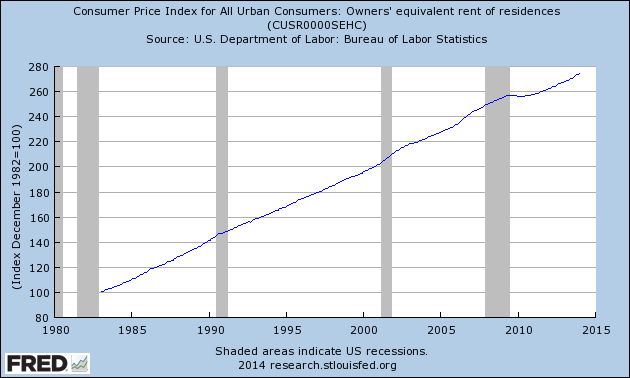 The period from 1982 to 2012 isn't just an arbitrary selection of time. I mention it because it spans 30 years, the amount of time one would expect to pay off a home using a traditional, 30-year mortgage.

Someone who purchased a home in 1982 would now live free of rent, paying only their property taxes each year. Someone who rented, however, would still be paying rent -- rent that is now more than 170% higher than it was in 1982.

With rents increasing almost linearly at a rate of 3.1% per year over the last 32 years, it's probably safe to assume rents will only continue to increase. And, over a period spanning the length of homeownership, even buyers who "overpaid" 30 years ago are in a much better position than those who decided to rent.

If the data isn't convincing enough, simply remember that there are many residential real estate millionaires in the United States -- a reality that wouldn't exist of renting were a better alternative to buying.